Israeli Prime Minister Benjamin Netanyahu has changed strategy, and instead of operating behind the scenes he is now spearheading efforts to adopt a law against foreign donations to NGOs. 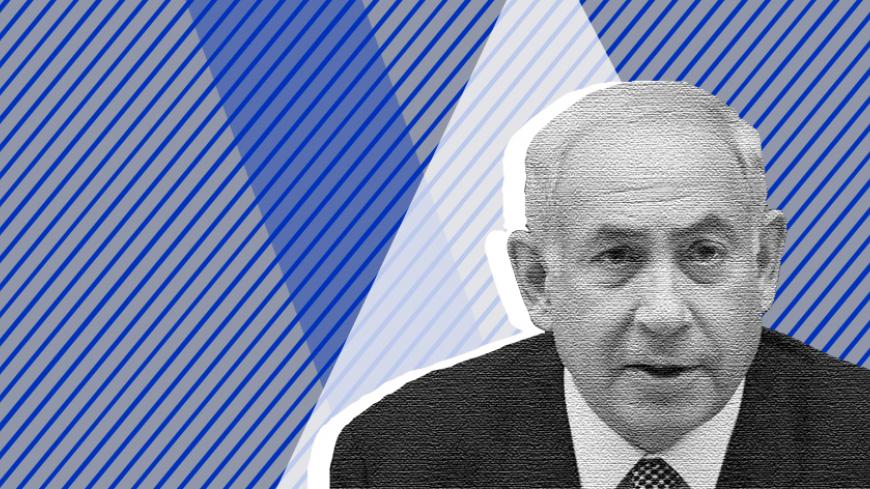 Israeli Prime Minister Benjamin Netanyahu's decision to task Tourism Minister Yariv Levin with formulating a stricter new version of the "NGO law" simply shows how serious he is about it. Levin is more than just Netanyahu's loyal cohort in the Likud Party and his personal envoy for all sorts of special operations. He has been working hard to ensure the rapid advance of this proposed law, which would completely ban Israeli nongovernmental organizations from receiving donations from foreign governments. Levin is already well-known for his struggle to reduce the power of the Supreme Court, which he sees as a branch of the Israeli left. He is, therefore, the ideal candidate to implement Netanyahu's most recent instructions.

Netanyahu made the announcement June 11, at a meeting of coalition party leaders. He explained that the existing law, which obligates NGOs to reveal their sources of foreign funding, is still too weak, since it only resolves the problem of transparency. Now the prime minister wants to block the flow of money from overseas to those NGOs that he believes are operating against the Israel Defense Forces.

Netanyahu said that Levin was instructed to propose new legislation, which would include a comprehensive ban on receiving donations from foreign governments. Such a law is expected to cause considerable harm to many NGOs with no political affiliation, but which advance civil rights or support social and educational activities. It could also damage Israel's international image as a democratic state. Nevertheless, not one of the coalition party leaders protested this new initiative. Even the next day, when Netanyahu used the Likud faction's weekly meeting to make the celebratory announcement that he had appointed Levin to oversee this new initiative, there was no one to raise a red flag in opposition to Netanyahu.

It is believed that Levin will soon submit a draft of the proposed legislation for the Cabinet to review, before the bill goes to the Knesset Legislation Committee for approval and for the Knesset plenum to adopt. Meanwhile, the Likud is planning to begin the actual legislative process before the Knesset goes on its summer recess in late July.

The previous NGO law, which received final approval from the Knesset in July 2016, requires those Israeli organizations whose funding comes primarily from foreign states and organizations such as the United Nations and the European Union to declare their sources of funding before the Registrar of Non-Profits and in their official publications. The process began in 2011 with proposed legislation submitted by Knesset members from the right in an attempt to make it difficult for left-wing organizations to raise contributions. The controversial law resulted in then-US Ambassador to Israel Dan Shapiro's taking the highly unusual step of speaking out against the law. Shapiro described it as extreme and warned that it would be damaging to legitimate organizations.

The difference between prior years and now is the lack of opposition from within the party. In the past, veteran Likud members such as Dan Meridor, Benny Begin and Michael Eitan were able to prevent populist legislation from restricting the powers of the Supreme Court and regulating civil groups. The three claimed repeatedly that proposals such as these run counter to the values of the Likud, chief among them a commitment to liberal democracy. Furthermore, the Labor Party headed by Ehud Barak was also a member of the coalition at the time (the Netanyahu-Barak government of 2009-13), and was able to serve as a moderating factor.

Similarly, in Netanyahu's third government, created in 2013, quite a few pieces of proposed legislation of a nationalist bent — such as the Nationality law — were blocked, not least because Tzipi Livni (Hatnua) and Yair Lapid (Yesh Atid) were both members of the government at the time. In the early days of the current government, the chairman of Kulanu, Finance Minister Moshe Kahlon, assumed the task of defending the Supreme Court and blocking anti-democratic legislation. More recently, however, he has stepped back from this role, preferring to focus on economic issues and housing instead.

The current situation is disturbing, not only because there is no one to rein in this populist legislation, but also because the prime minister himself is leading the legislative push. The new NGO law that he is promoting comes in addition to the Nationality Law, which he recently declared to be one of the main goals of the Likud. The latter is a problematic and controversial law, which disrupts the delicate balance between Israel's two main characteristics — its identity as a Jewish and a democratic state — because it grants legal preference to Israel's Jewish identity, at the expense of democratic values such as equality and minority rights.

In the past, the prime minister may have tried to show a modicum of official behavior in response to legislative initiatives of this kind, if only externally. He often advocated compromise and attempted to moderate such proposals before they were passed. Now, however, he serves as the spearhead of the nationalist camp, in what is turning out to be his own agenda for the next election.

While the next election is scheduled to take place in 2019, it is entirely possible that it will be moved up. Whatever the date, as it approaches, Netanyahu has been proving that he knows how to be just as much of a populist as Knesset members David Bitan and Miri Regev, all the more so now that the Israeli public is shifting more to the right.

Former Minister Meridor has been standing to the side, watching what is happening in his party with considerable consternation. This week, he was disturbed to learn about the new NGO law being advanced by Netanyahu. Meridor had just left a meeting at the NGO where he volunteers, and which was created to help Ethiopian immigrants integrate into Israeli society. It also happens to be funded in large part by several European states. If this strict new legislation is passed, the group will not be able to accept money from overseas, even though it is not involved in any political activity.

In a conversation with Al-Monitor, Meridor said that he no longer understands the Likud or Netanyahu. "Why forbid it?" he asked. "If some of the groups are problematic, deal with them [individually]. I think this is heading in a bad direction, which will be damaging to important institutions such as the Weizmann Institute [of Science]. They also benefit from donations from foreign states. It's a populist law and it's harmful. I was the Likud's minister of justice who led the legislative revolution. Democracy, rule of law and protecting the rights of minorities — these were the principles upon which we operated, without interfering with security issues. Today that would be considered a left-wing approach, and there is no one to stop the madness."