Iraq, in cooperation with UNESCO, has conducted a comprehensive aerial survey of archaeological sites in Ninevah province to prepare for repairing and maintaining the sites. 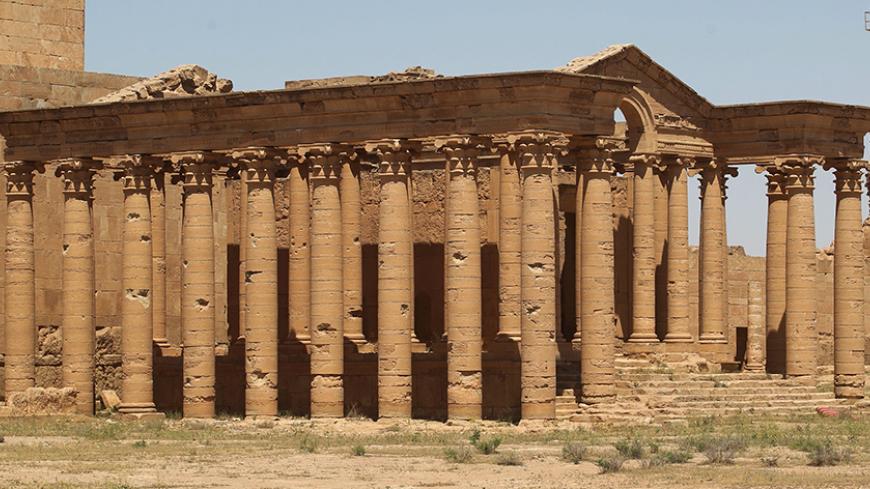 Iraq, together with UNESCO, has concluded a comprehensive aerial survey of Iraqi heritage destroyed by the Islamic State (IS), paving the way for further cooperation to restore various Iraqi sites, particularly at the 13th-century Assyrian capital of Nimrod.

In mid-May, Italian Culture Minister Dario Franceschini handed over to his Iraqi counterpart, Friad Rwandzi, a 500-page report prepared in coordination with UNESCO that includes the survey data. The report, which focuses on northern Iraq, documents affected archaeological sites before and after their destruction, assessment of the damage and an action plan for their restoration.

Iraq and UNESCO have worked together since 2014 to restore the archaeological sites that have been in IS’ grip, including Hatra, Nimrod and the Mosul Museum. UNESCO Director-General Irina Bokova said in November 2016, after the liberation of Nimrod, that her agency was determined to support Iraq in assessing the damage and protecting the remains from further looting and destruction.

UNESCO has indeed been vocal about the need to restore Nimrod, which is located in Ninevah province. In 2010, Nimrod was submitted to the UN body's tentative list of World Heritage sites. Also known as Kalhu, Nimrod is one of the main archaeological sites from the Assyrian period. Established in the 13th century BC, it later became the second capital of the Assyrian Empire. Its murals and monuments are referenced in literature and scripture, and its clay tablets with cuneiform writing are known worldwide.

Faleh al-Shammari, director of antiquities in Ninevah, told Al-Monitor that the next step will be to form a joint technical committee of Iraqis and UNESCO representatives. “Experts from both sides will oversee a strategic project for the restoration of historical places in Ninevah, based on the aerial survey database,” Shammari said.

“The report contains data gathered from satellite images and unmanned reconnaissance flights between 2015 and April 2017," he said. "It also contains several old photos from archaeological expeditions since the 1930s, reinforced by field information gathered from the inhabitants of the archaeological sites. Prepared under the supervision of archaeology experts, [the report provides] accurate details of what was destroyed in Ninevah. It also contains expert analysis on the extent of the damage and proposed methods of restoration.”

Shammari explained that to further compare the state of the site before and after the destruction, they will use an image analysis method involving a laser device to determine exactly which parts are missing or damaged.

He added, “According to the agreement with the Italian side and UNESCO, the first step would be to implement an emergency plan to rehabilitate the destroyed archaeological sites and to provide security protection. We will also begin urgent repair operations, make an itinerary of destroyed and lost items and try to track looted pieces. This will be done in cooperation with INTERPOL, governments and international archaeologists.”

Shammari said that in May, the independent archaeologist Mary Shepperson had begun a British Council-run program in London to provide eight weeks of training to Iraqi archaeologists in modern archaeological practices. The program is funded by the council's Cultural Protection Fund.

Iyad al-Shammari, rapporteur of the parliamentary archaeological committee, told Al-Monitor that the aerial survey has two stages. The first, already completed, dealt with Ninevah. The second stage, to take place later this year, also under UNESCO supervision, will cover archaeological sites in the center and south of the country.

Both the parliamentarian Shammari and Undersecretary of Tourism and Antiquities Qais Hussein Rashid voiced their expectation that the second stage will include additional research methods, among them space satellite technology, which has been used in Egypt to detect lost underground sites. “This would save Iraq money, effort and time and would curb useless, random excavation. It will also facilitate the detection of buried archaeological gems,” he said.

Rashid told Al-Monitor, “The most important aspect of the project [with UNESCO] is that it provides images and documented information about the sites. This will enable us to remove antiquities safely from areas where full security is not yet restored.” Clay tablets and small Assyrian objects would be characteristic of items needing to be removed.

Rashid said the Ministry of Tourism and Antiquities was also working on creating reproductions of the archaeological monuments to preserve them in the libraries of museums and increase international interest. He said that this will also show to the world the magnitude of the damage IS has done to Iraqi heritage sites.

Like Shammari, Rashid also advocates the further use of aerial survey techniques and space satellite technology on Ninevah. “It is high time aerial survey techniques were used in archaeological sites because they can scan large stretches of land and detect the buried sites, whereas old methods of excavation require time and effort, but can be inaccurate,” he said.