Opponents of the Iraq Kurdistan referendum on independence question the real agenda behind the Kurdistan Democratic Party's push for the vote. 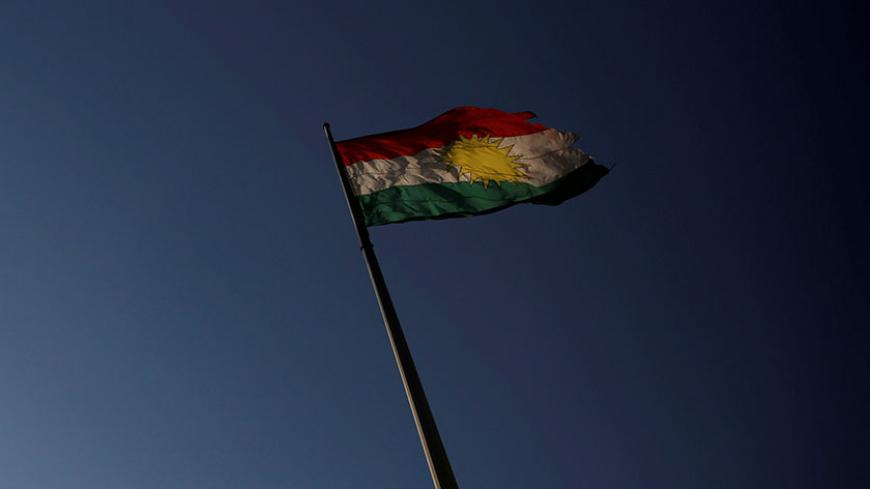 One possible casualty of the dispute is Alaa Talabani, who was relieved of her position as head of the Patriotic Union of Kurdistan's (PUK) bloc in the Iraqi parliament June 12 as per a decision taken by the PUK’s political bureau. The reason behind her dismissal was not stated in the announcement of it, but some observers believe it was because of Talabani's association with a bloc in the party that opposes the referendum.

A senior PUK member who spoke to Al-Monitor on condition of anonymity attributed her dismissal to some of the bloc’s statements opposing the Kurdistan Democratic Party (KDP), the PUK’s partner in the Kurdistan Regional Government (KRG), including the party’s solid stance in favor of the referendum.

Meanwhile, Gorran (Movement for Change) and the Kurdistan Islamic Group (KIG), in separate statements issued June 14, called against holding the referendum and rejected the KDP's prerequisite for reconvening parliament, that is, removing the parliament speaker, Gorran's Yusuf Mohammed Sadiq, and replacing him with another Gorran member. Gorran and KIG are demanding instead that the internal political crisis be resolved before moving forward with the referendum.

The parliament has not met since October 2015, when KDP leader and KRG President Massoud Barzani ordered that Sadiq be prevented from entering Erbil to attend a legislative session because of his opposition to Barzani's being granted an extension as KRG president by the Kurdistan Consultative Council, at Barzani's request, instead of stepping down at the end of his term on Aug. 19, 2015.

On June 7, the parties represented in parliament met at Barzani's invitation to agree on the details of the referendum and to set a date for it. Gorran and the KIG boycotted the meeting, but the KDP, PUK and 11 other small parties agreed to hold the referendum on Sept. 25.

Gorran spokesman Shorsh Haji told Al-Monitor, “In Gorran, we neither oppose the referendum nor independence. We are for independence where the rule of law and the dignity of the citizen are guaranteed. However, what the KDP and Barzani are calling for is merely a political tool.”

Haji said, “We doubt the intentions of Barzani and the KDP. If they were truly for independence, they are welcome to come forward, talk to the press and reveal the real objective behind such a referendum.” Many opponents believe the goal is to position the KDP to maintain its dominance by delivering on its long-standing call for Kurdish independence.

Al-Monitor also asked KIG spokesman Rebwar Hamad for comment on his party's position on independence. “We are not against independence, as it is part of our platform,” he replied. “We consider it a natural right of our people. However, we think there should be preparations before this referendum, the first being reconvening parliament, improving citizens’ lives and reaching a political consensus over this process [of independence].”

The PUK's leadership council has taken the same stance. On June 13, 27 of its 50 members announced their insistence that the KRG parliament be reconvened, without preconditions, before an independence referendum is held. Some senior PUK members accuse their party's leaders of being in league with the KDP.

Meanwhile, Adel Murad, general secretary of the PUK, has accused the KDP of trying to gain dominance. The KDP has argued that there is no need for parliament's approval to hold the referendum.

Fred Ossrd, a member on the PUK leadership council, claimed in a Facebook post, “More than half the Kurdish people will vote no in the referendum.” In a survey published June 7 by the National Democratic Institute, however, 96% of the region’s residents said in April that they support independence.

Nonetheless, there are still opposition party supporters against the referendum. Iraqi Kurds do appear to be divided on holding a vote and even more so on independence. Omid Mohammed, a professor of economics at Sulaimaniyah University, told Al-Monitor that blames this state of affairs on the Kurdish parties, in particular their “failure to reconvene parliament, improve citizen’s living conditions and administrative and financial corruption.”

Some activists have launched a petition campaign under the banner Why We Stand Against the Referendum, whose signatories include writers and others who think the referendum will be exploited for partisan and clan agendas. “The referendum should derive its legitimacy from a legitimate institution, such as Kurdistan’s parliament, or a legitimate institution within the Iraqi state,” the petition says.

Kurds have long sought a referendum process that would lead to independence, but today they stand at the crossroads of internal disaccord over it. Gorran and some members of the PUK have grave concerns about sustaining the peace among the Kurdish community due to disagreement over the referendum.