Iran’s parliament seeks to increase the military budget for the IRGC in response to the new policies of the Trump administration. 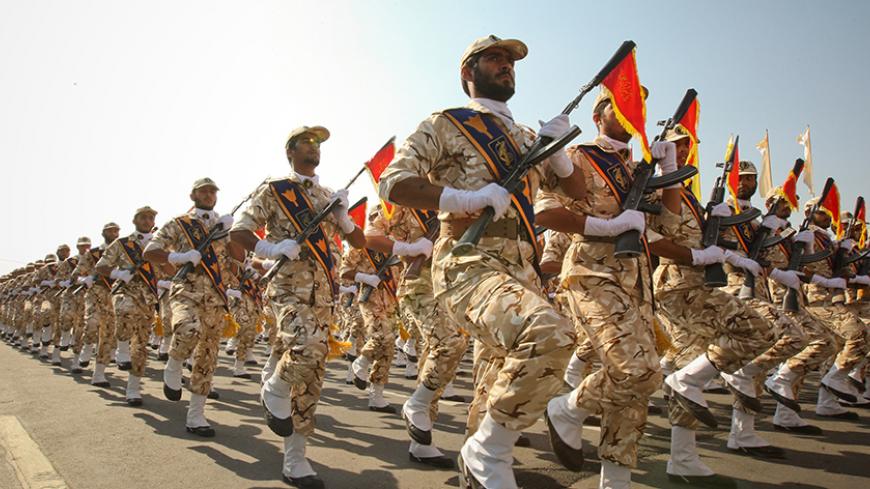 Members of the Iranian Revolutionary Guard Corps march during a parade to commemorate the anniversary of the Iran-Iraq War (1980-88), in Tehran, Iran, Sept. 22, 2011. - REUTERS/Stringer

In response to a new US administration that has stated its goal to work toward regime change in Tehran, Iran’s parliament has introduced new legislation to increase the country’s military budget by $540 million.

Iranian parliamentarian Kazem Jalali, the president of the Majlis Research Center, said June 28 that the proposed bill is primarily in response to “America’s aggressive behavior in the region and its hostile policies against Iran.” According to Jalali, the Islamic Revolutionary Guard Corps (IRGC) would be given approximately half of this additional budget for its missile program. The Quds Force, which is responsible for operations outside of Iran’s borders and operates under the IRGC, would receive the other half.

Iran’s overall military budget is approximately $14 billion. Approximately half of that budget is allocated to the IRGC. Various estimates have put the IRGC’s overall budget from $7 billion to $8 billion, depending on how the total nonbudgetary income is added.

Jalali also said that with the new legislation, President Hassan Rouhani’s administration would be required to provide a “comprehensive strategy to counter the threats and terrorist acts of the United States every six months.”

Other articles of the legislation would also create a special branch within the judiciary to handle terrorism cases, ask the Rouhani administration to present an up-to-date list of terrorist groups and its members and stipulate more cooperation between Iran’s various security agencies.

The bill will be presented to parliament next week and also given to the parliament's influential National Security and Foreign Policy Commission for review.

This is not the only action being proposed by Iran’s parliament in response to new US sanctions. On June 11, as a result of new US sanctions against Iran, parliament Speaker Ali Larijani asked the commission to present possible countermeasures.

While that parliamentary session of more than two weeks ago was convened in order to discuss the June 7 Islamic State attack, Larijani addressed new threats emanating from the United States. “We have to accept that standing against Iran is a line of terrorists and their supporters, who are led by America,” Larijani said. “Especially when we witness America’s latest position and the passing of the bill with the Senate, we see that all of their goals and strategies are to slow Iran down.” He continued, “We will give a firm response to their actions. The Americans must realize that parliament has a strong will in fighting terrorism and supports the IRGC and Quds Force with all its might.”