More US lawmakers are calling for action against the Turkish president's security detail after it beat up protesters in Washington, while the Turkish Foreign Ministry complains of what it calls "aggressive" conduct by "US security personnel." 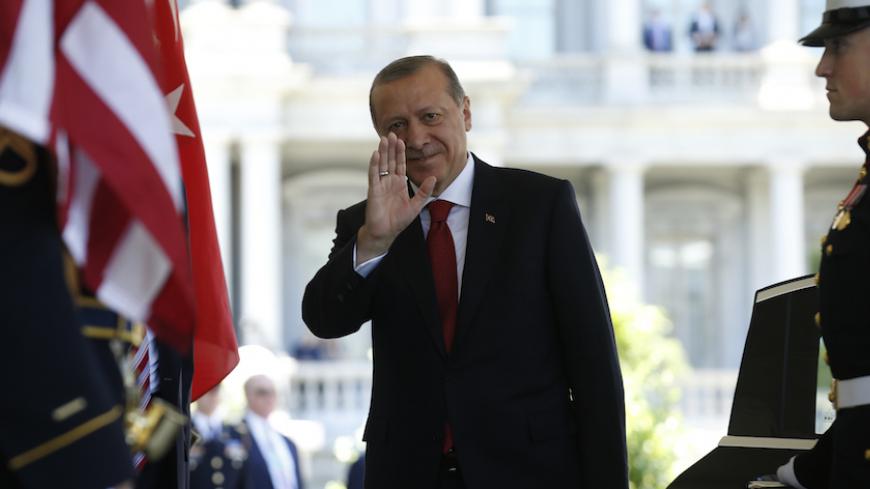 Anger over the thuggish behavior of Turkish President Recep Tayyip Erdogan’s security guards who brutally assaulted protesters outside the Turkish ambassador’s residence in Washington shows no sign of abating as more US lawmakers call for the administration to take action against them.

In a letter dated May 19 addressed to Secretary of State Rex Tillerson on behalf of 28 members of the House, Carolyn B. Maloney, a Democratic representative for New York’s 12th congressional district, said that the Turkish security guards should be “arrested, prosecuted and jailed.” Maloney noted that the guards had “kicked men and women crouched on the ground and disregarded numerous commands by police to cease and desist.”

Maloney cited “incredibly disturbing” video footage documenting the violence around Sheridan Circle. She urged Tillerson to "use all tools at your disposal so that these men are denied diplomatic immunity and prosecuted to the fullest extent of U.S. law.”

In an interview with Fox News May 21, Tillerson called the incident “simply unacceptable.” He reminded the audience that the State Department had summoned the Turkish ambassador, Serdar Kilic, to discuss the matter. He said, “There is an ongoing investigation … we'll wait and see what the outcome of that investigation is.”

It's probably too late for justice. The security detail, two members of which were reportedly detained and then freed after invoking diplomatic immunity, flew home with Erdogan. At best, those who are positively identified as having engaged in the beatings may be denied future entry to the United States.

Several administration officials speaking to Al-Monitor on condition of anonymity claimed that Tillerson has developed an antipathy for the Erdogan government following his trip to Turkey in late March. “He saw their real face and he doesn’t much like them,” said one of the sources.

Relations between the NATO allies sunk to new lows after President Donald Trump authorized the Pentagon to directly arm the People’s Protection Units (YPG), the Syrian Kurdish militia that is the United States’ premier partner in the fight against the Islamic State in Syria.

Turkey, however, labels the group a terrorist entity because of its ties to the Kurdistan Workers Party, which is waging a bloody campaign for self-rule inside Turkey.

Erdogan had been hoping to persuade Trump to sever all ties with the Syrian Kurdish outfit during a 23-minute face-to-face meeting in the White House earlier that day, but failed.

In an apparent tit for tat, the Turkish Foreign Ministry summoned the US ambassador to Ankara, John Bass, on May 22 over what it termed “the aggressive and unproffessional [sic] actions taken, contrary to diplomatic rules and practices, by US security personnel” toward Foreign Minister Mevlut Cavusoglu’s own security detail, which apparently was also present at the scene.

The Foreign Ministry repeated the trope being propagated in the pro-Erdogan Turkish media that the violence had erupted because of “the inability of US authorities to take sufficient precautions at every stage of the official program.”

New footage analyzed by the investigative journalists collective BellingCat suggests that Erdogan may have sanctioned the attacks, which left nine protesters, including two women, hospitalized.

The images show one of Erdogan’s guards leaning into his Mercedes Benz after it pulls into the residence driveway. The guard then appears to signal fellow members of the security detail and pro-Erdogan picketers to descend on the protesters, who were chanting “Baby killer Erdogan” and “Long live the YPG.” A gray-faced Erdogan is then seen emerging from the car.