Will Turkish opposition rally around Erdogan challenger in 2019?

If the opposition unifies around a candidate who can attract varied segments of votes, Erdoganism may not become the only game in town by the 2019 presidential election. 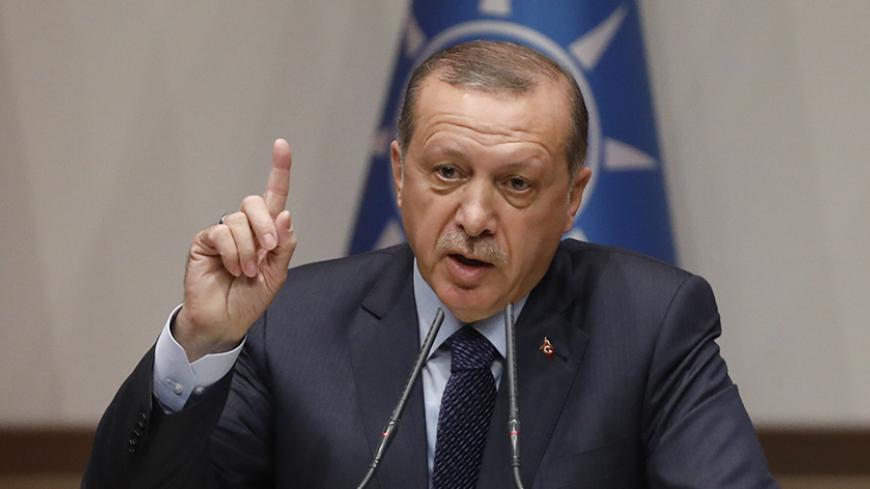 President Recep Tayyip Erdogan got the all-powerful presidential system he had been craving for in Turkey's April 16 referendum. Now, with the constitution amended according to his wishes, Erdogan will have full control over the executive, legislative and judicial branches of the government. But the same referendum also deprived Erdogan of the major victory he was hoping for. In fact, it created a major risk for him in the next presidential elections in November 2019.

Why was the referendum not a major victory for Erdogan? Because only 51.4% of the electorate said "yes" to the constitutional amendments that increased the president's powers. Both Erdogan and his supporters, however, were expecting a much higher level of support — around 60%. This was based on the calculation that not just Erdogan's own Justice and Development Party (AKP), but also the Nationalist Movement Party (MHP) was campaigning for "yes." (In the latest general elections in November 2015, the AKP had won 49% and the MHP had won 12% — so their total number would exceed 60%.) Moreover, the whole state apparatus was mobilized for the "yes" vote, creating a very unfair propaganda scene at the expense of the "no" camp.

These calculations, however, did not work. Most MHP voters seem to have voted "no" in an implicit rejection of Erdogan's co-optation of their party through his alliance with the party's not-so-popular leader, Devlet Bahceli. Moreover, even some traditional AKP voters seem to have voted "no" this time. As various analysts have pointed out, Erdogan lost a segment of the AKP base in big cities such as Istanbul and Ankara. As voting patterns show, especially some of the more educated and well-off religious conservatives said "no" this time. These "worried conservatives," as they have been dubbed lately, seemed concerned with the latter-day authoritarianism of the government and its disastrous results on the economy.

Moreover, the very nature of the new presidential system made the 51.4% support a very fragile base for Erdogan. In the past, when Turkey had a parliamentary system, Erdogan could easily secure a government with any vote above 40%. That would give his AKP a majority in the parliament, and thus a one-party government. Under the new presidential system, however, Erdogan has to keep winning more than 50% of the votes. And the mere 51.4% he won last month means he is on the knife's edge.

There is one more complication the new presidential system brings for Erdogan: So far, one of the secrets of his success has been the fragmented nature of the opposition. The anti-Erdogan camp in Turkey is a mixed bag, including urban seculars, Alevis, Turkish nationalists, Kurdish nationalists and even some disillusioned Islamists. Bringing them together for a common political goal is very difficult, if not impossible.

But the very nature of the presidential elections can now unite the whole anti-Erdogan voters just for a decisive moment. If Erdogan cannot win more than half of the votes in the first round of these elections, the second round will be between him and the other most popular candidate. In that case, this other candidate can win all the anti-Erdogan votes and head to victory. (Just like the victory of Emmanuel Macron in the recent presidential elections in France: In the first round, neither Macron nor his main rival, Marine Le Pen, won a simple majority. Yet in the second round, all the anti-Le Pen voters lined up behind Macron.)

This is why since the referendum, Turkish pundits have been discussing who can defeat Erdogan in 2019. One thing is certain: A person from the main opposition Republican People's Party (CHP) cannot do this job. Because then the race will be between "the left" and "the right," or between secularists and conservatives, and the latter would always win thanks to simple demographics. That is why secular leftist writer Orhan Bursali wisely wrote May 2, "Although my heart is on the left, I don’t want a left-wing candidate for the 2019 elections." What is rather needed, he explained, is a "decent democrat" who can also get votes from the AKP base.

A name who is on almost everybody’s mind in this regard is none other than former President Abdullah Gul, the very founder of the AKP and once strong ally of Erdogan. Although the two major figures come from the same political tradition, it is no secret that the gap between Gul and Erdogan has widened in the past five years, as Gul stuck to the pragmatic, moderate and civilized roots of the AKP against the growingly authoritarian, nationalist and furious mood that took over the party. Gul may indeed be the very person who can win trust from all sides and be the non-Erdogan candidate in 2019, as Deniz Baykal, former CHP leader, recently suggested.

Gul, however, does not seem ambitious for such a challenge against Erdogan, which will certainly bring him lots of wrath and all kinds of nasty attacks. The former president's latest statement on the issue neither fully closed the door nor fully opened it, as he may wait and see what will happen in the next two years.

Another politician some people have in mind is Meral Aksener, the female center-right politician who recently challenged Bahceli for the leadership of the MHP but was brushed aside by the entire state apparatus thanks to Bahceli's alliance with Erdogan. Aksener is charismatic, ambitious and popular, but may lack the potential to win Kurdish votes, which will be necessary against Erdogan.

It seems opposition circles will keep thinking about the ideal anti-Erdogan candidate in the next two years. Erdogan, meanwhile, will also be aware of this risk and will try to consolidate and broaden his popularity. Since his Achilles' heel is the economy, he may focus on that. And that requires pragmatic steps in foreign policy, which may explain his softening tone against the European Union after all his anti-Western tirades in the referendum campaign.

In any case, Turkey does not seem to have arrived at "the end of history" — a stagnant period in which Erdoganism becomes the only game in town. Other forces still have a chance at the ballot box, and it is better for them, and for the nation, to be aware of that.