Russia’s relationship with Jordan has shifted as Moscow looks to Amman as its mediator with the Sunni world and the United States in the Syrian crisis. 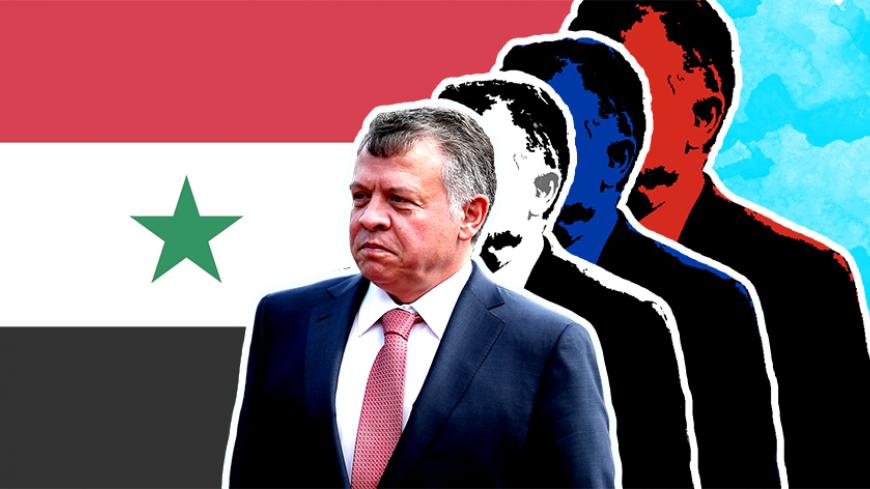 The news reports about US President Donald Trump sharing highly classified information with Russia have taken a bit of a twist, causing concern in Moscow.

Initial coverage said Trump’s revelations might have endangered an Israeli spy embedded with the Islamic State. However, more recent reports by Al Jazeera suggest that a Jordanian might have been the source of the critical security information, throwing a shadow on the much-trumpeted alliance between Moscow and Amman and their readiness to coordinate on Syria.

To observers closely following Russia’s military involvement in the Syrian conflict and its political role in the wider region, it was surprising to hear that Jordan might not have shared critical pieces of intelligence with Moscow. The information was related to a potential IS attack on a plane — something Russia and Jordan would normally work together to prevent. In fact, Russia was the first and only state to fall victim to an Islamic State attack on a civilian aircraft when one was hit over Sinai in 2015, killing 224 people. Since then, Russia has stepped up airline security as well as intelligence efforts to prevent other attacks, meaning cooperation on the issue with other countries is paramount.

A source close to the Russian intelligence community confirmed to Al-Monitor that Russia and Jordan consistently cooperate on airline security, exchanging intelligence including information on people suspected of having ties to extremists who could pose a threat. What’s more, the two appear to have cooperated on ground operations.

Following the launch of the Russian military campaign in Syria, the two countries set up an intelligence-sharing channel to help them coordinate in Syria. While announcing the 2015 agreement, the Russian foreign minister also said the countries would "coordinate their actions," including military aircraft missions over Syria. Commentators immediately rushed to suggest that Jordan was abandoning its traditional allies in the region — the United States and the United Kingdom — in favor of a more assertive Russia. Despite the speculation, Jordan stayed in the US-led anti-IS coalition. King Abdullah recently made an appearance at the Riyadh summit, showing allegiance to the Islamic Military Counter Terrorism Coalition also known as the Islamic Military Alliance.

A source close to the Royal Hashemite Court told Al-Monitor, “The key factor in Jordan’s security equation is the border that it shares with Syria and Iraq.” In this context, cooperation with external powers, such as Russia and the United States, is motivated solely by Jordan’s internal security calculations. It is no coincidence that in this tumultuous region, Jordan has remained one of the few “islands of stability” while war rages across the border in Syria.

In the current circumstances, Amman and Moscow need each other both politically and militarily. The king has consistently seen Russia as an important ally, evidenced by his 16 visits to Russia since his coronation in 1999. Despite the frequency of interaction, the agenda of the bilateral relationship has been mostly limited to nonbinding political dialogue and very modest trade deals. However, talks on defense cooperation have been notable. Since 2000, Moscow and Amman have signed a number of arms deals, including on Igla portable air defense systems and Kornet anti-tank systems as well as on localizing production of Russian RPGs in Jordan. One of the king’s advisers on military cooperation with Moscow is Russian citizen Mark Voloshin, who was central to negotiating arms deals between the two countries.

Arguably, the conflict in Syria created a whole new context for the relations, so it’s no coincidence that Russian President Vladimir Putin paid his first official visit to Amman in 2012 soon after he reassumed the presidency that year. Given Russia’s current polarizing role in the Middle East, Jordan — with whom Moscow enjoys a highly pragmatic relationship — is seen as a potential mediator between Russia and the Sunni world. Russia’s decision to include Jordan in Syrian peace negotiations in Astana, Kazakhstan, shows Moscow’s growing realization that Arab support for its diplomatic efforts is key.

Intensifying jihadi activity in southwestern Syria as well as the potential migration of IS fighters toward the Jordanian border have stimulated the buildup of American and British forces in northern Jordan. A looming UK-US-Jordanian operation in southern Syria is cause for serious concern in Moscow, as the action could put the Assad government in danger and could create a new front against Iranian forces in Syria.

Given the absence of real dialogue between the United States and Russia on Syria, Jordan plays an important role in communicating Russia’s position to the Americans. While previously it was Jordan reaching out to the Russian government and pinning its hopes on defense cooperation with Moscow, now the tables have turned: Moscow is looking to rally the king’s support, as the window of opportunity for a Syrian settlement is closing quickly for Russia.