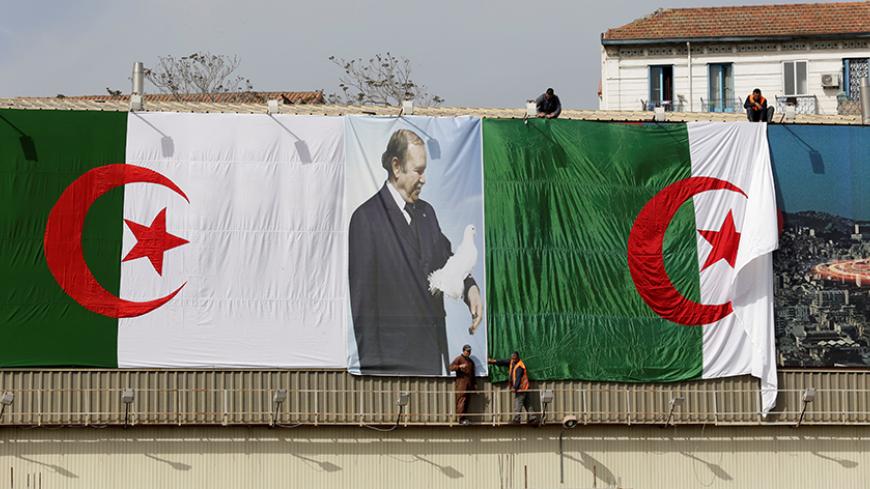 The news about establishing safe zones in Syria, the leadership reshuffle in Palestine’s Hamas and the Abu Dhabi meeting of two Libyan leaders, Khalifa Hifter and Fayez al-Sarraj, stole the limelight from the Algerian parliamentary elections held May 4, making them seem a more or less mundane event unworthy of much media scrutiny.

True, one can confidently say on seeing the unchanged post-election landscape two weeks later that there was hardly anything sensational about the campaign. Algerian President Abdelaziz Bouteflika’s National Liberation Front (FLN) and the National Rally for Democracy (RND), the two major parties in the presidential coalition, retained their majority; moderate Islamists’ share of seats remained almost intact, and other traditional competitors predictably lagged far behind.

Still, Moscow keeps Algerian developments on its radar screen — especially in light of what is happening in neighboring countries.

For Russia, Algeria has been a vital Middle East and North Africa (MENA) region partner for technical-military cooperation dating back to the 1960s, when the Soviets helped Algeria equip its newly created army. Algeria has been a major Russian market for wheat and metal, while Russian energy companies have been developing Algeria’s hydrocarbon mining and building pipelines since at least the mid-2000s.

So Algeria’s election held interest for Moscow and revealed some trends.

One of these trends was the low turnout, which was just above 37% (unless overseas constituencies are included, then the figure was 38.25%). The Algerian government’s attempts to galvanize voters into casting ballots did not bear much fruit, even when Prime Minister Abdelmalek Sellal promoted the election as he toured the country.

Earlier this year, falling oil and gas prices triggered an economic crisis, driving people to the streets in protest. The economy could have produced a disastrous result at the polls. But Robert Parks, a seasoned expert on Algeria, was right when he claimed Algeria has not yet faced a crisis of the presidential regime. A decline in electoral participation has been characteristic of recent regional campaigns as well as national ones.

However, the number of disqualified ballots this year — more than 2 million (24.47%) — can be interpreted as a sign of some crisis, even if it is not in full swing yet. Some people feel sidelined and excluded from participation and abstain from voting. Some people go through the process of voting but intentionally deface or otherwise invalidate their own ballots, demonstrating mistrust of the current government and the opposition alike.

Many Russian experts on the MENA region believe the decision of all the major parties to join the race — which distinguishes the 2017 electoral campaign from the one in 2012 — reveals the parties’ complete integration into the highly consolidated political elite and desire to work within the constitutional framework.

To Russians, the problems the Algerian elections brought to light are reminiscent of the difficulties Russian society experienced during the September elections. Deputies of the State Duma, Russia’s lower legislative house, enjoyed the support of all the parties, which went almost unnoticed by ordinary citizens. Voter turnout was 13% lower than in 2011.

Both cases prove that the political establishment has completely divorced itself from the concerns of ordinary people, with the latter unable to find effective representation and disillusioned with all political ideologies.

France and the United States have witnessed similar situations. France’s recent presidential runoff saw a fourfold increase in blank and spoiled ballots over the first round. US President Donald Trump’s electoral success was widely interpreted as a rebellion against political elitists.

Thus, the developments can be referred to as part of a global trend. In fact, nobody knows what most of the world’s population wants. Nor do people have a clear vision of their own aspirations. Consequently, the Algerian parliament represents the interests of the estimated 6.4 million people who actually voted, out of more than 41 million citizens. Central governments face a clear credibility gap all across the world.

Waning support for the FLN and the RND’s growing popularity deserve special attention. As Russian pundits believe, this trend testifies to the strength of former Prime Minister Ahmed Ouyahia, one of the RND’s founders and the party’s current leader. Ouyahia is considered one of the most likely candidates for the presidency, backed by his considerable government experience and credibility among most establishment forces, his moderate but pro-national stance and a fluent command of Tamazight (which was recognized last year as an official language of the country).

At the same time, Algeria’s political system allows little scope for accurate predictions. Regardless of further developments and Ouyahia’s role, it is evident that any government in power will have to press ahead with some unpopular reforms, which, in their turn, will require confidence-building measures among the people. Making progress in foreign policy issues would help with that greatly, especially regarding Western Sahara, the Algerian-Moroccan relationship and Libyan issues.

Morocco left the African Union more than three decades ago when the union recognized Western Sahara’s independence. Morocco recently rejoined the AU, which Algeria takes as a sign that Morocco also will acknowledge Western Sahara — but more likely it will only mean Morocco will have a louder voice on the continent and will perhaps gain better cooperation from other countries. The Moroccan royal family’s strong international positions leave little room for fence-mending on Algeria’s terms.

Therefore, working on the Libyan issues looks to be the most logical play.

In this context, the May meeting of representatives of Libya’s neighboring countries — which brought together the foreign ministers of Algeria, Tunisia and Egypt — comes into sharp focus, as does a subsequent security-related conversation among Sarraj, Sellal and Abdelkader Messahel, Algeria’s minister for Maghreb, African and Arab affairs.

Nevertheless, when Algeria’s activity is appreciated by Tripoli, it raises the ire of the rival government in Tobruk, which backs the “renegade general” Hifter. This situation is illustrated by the House of Representatives meeting during Messahel’s recent trip to southern Libya, where he was met with howls of outrage.

The response seems to have been conditional upon the differences between regional stakeholders — pro-Qatar Algeria and largely pro-Saudi Egypt — as well as the split state of affairs in Libya. Russia, backed by its partners and maintaining close relations with Hifter’s Libyan National Army and Algeria, could help soften Tobruk’s and Algeria’s stances toward each other, which would benefit all the North African countries.