Russia keeps plugging away at cooperation with North Africa

During his tour around the Maghreb, Foreign Minister Lavrov showed Russia has a genuine interest in developing stronger ties with regional states, but the number of roadblocks in the way raise questions about Moscow's ability to go past "strategic declarations" anytime soon. 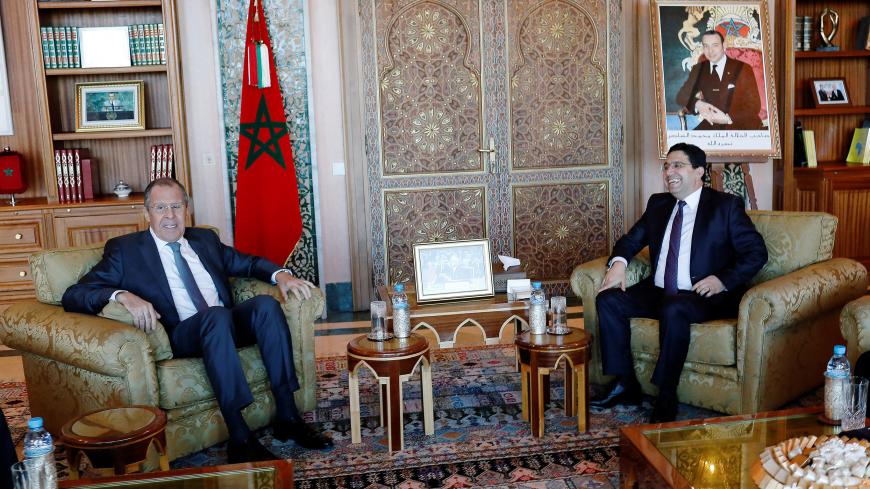 From Jan. 23-26, Russian Foreign Minister Sergey Lavrov toured three nations of the Maghreb — Algeria, Morocco and Tunisia — for the first time since November 2005. The negotiations revolved around the issues of trade, economic cooperation and conflicts in Libya, Syria and Western Sahara.

The visit to Algeria — the sixth for Lavrov — was central to his North African tour. It took place a week before the session of the Russian-Algerian inter-governmental commission for trade and economic cooperation. The timing was a mere coincidence, though a symbolic one, as Algerian Foreign Minister Abdelkader Messahel pointed out during the final press conference. The ministers took their time discussing the prospects of economic partnership and agreed to arrange a negotiation venue for entrepreneurs from their countries. The economic interaction between Russia and Algeria appears to be developing: Since 2015, bilateral trade has doubled, reaching $4,6 billion in 2017. However, two-thirds of this sum consist of weapons and military equipment turnover, including the so-called associated products: engines, fuel, etc. For a partnership to be called “close,” mainly selling military hardware is not enough.

Russia has recently started to compete for the Algerian wheat market, traditionally controlled by France. Russian and Algerian quality standards for the grain vary and it is not clear whether Algeria is willing to adopt new ones. As for now, the sides agreed on a test supply.

Another highly relevant topic is the future of Gazprom’s projects in Algeria. In November, the corporation decided to give up the exploitation of two oil fields — Zamle al-Rekkeb and North Zamle al-Rekkeb — due to low economic viability. In general, oil exploitation projects in Algeria have turned out to be unprofitable for Russian business. The prospects of Russia’s participation in the development of the Rourd Sayah and North Rourd Sayah gas fields are still unclear. Currently, the main question is whether these projects are supposed to continue in any form. If not, Russia and Algeria will have to lean toward other directions of energy cooperation. Here, it is mostly up to Algerians to choose a strategy — either to rely on the discovery of new gas fields or to develop alternative energy sources, giving up the commodity-based economic model. In any case, Russia is ready to support the North African nation. For now, however, the dynamics of the energy industry mostly revolve around the bilateral coordination of oil prices and gas markets. Moscow also backed Algeria’s suggestion to create a national gas technology research center under the patronage of Gas Exporting Countries Forum.

There also is partnership in other fields. As Lavrov said after the meeting with his Algerian counterpart, a number of Russian companies have been operating in the country and even more seek to work there. Although Messahel said “numerous opportunities” to develop economic partnership exist, multiple impediments remain. They include Algeria’s investment laws — which hamper foreign enterprises — visa requirements and, oddly enough, American and European sanctions. The country’s laws require imported equipment such as that used for construction of gas pipelines to have international certification. Russian companies are sometimes unable to provide their Algerian partners with the necessary documents.

Although the countries have been rather close allies since the Soviet era, these issues show that Russia and Algeria are still far from fully implementing the Program of Strategic Partnership approved in 2001.

The situation involving two other Maghreb nations is even more complex. Tunisia and Morocco are viewed as “US main non-NATO allies” and largely rely on Western financial aid — provided both by Washington and by Brussels. However, the politicians of both Tunisia and Morocco consistently told the Russian foreign minister that they are willing to expand the partnership with Moscow.

Morocco’s relations with the United States are currently not in their best shape. President Donald Trump still hasn’t appointed an ambassador to the kingdom. At the same time, much like Algeria, in October 2002 Morocco and Russia signed a Declaration of Strategic Partnership. The trade turnover between the two is even smaller than that between Russia and Algeria, mostly due to the lack of weapons trade. Yet trade in general may be considered generally well-balanced, which is rare for Russia in the region. In 2017, the entire turnover between Russia and Morocco amounted to $1.4 billion, with $895 million consisting of Russian exports. According to the “Russia-Africa Shared Vision 2030” report, Morocco ranks third out of African countries, just after Algeria and Egypt, on the list of Russian export increase rates from 2010 to 2017, with growth amounting to $337 million.

Tunisia’s ambitions and abilities are more modest; nevertheless, the nation managed to spark interest in Russian entrepreneurs, who are also weighing the prospects of working in Libya. In any case, Russia is obviously willing to develop its relations with Africa in general and with the northern part of the continent Africa particularly. For instance, Moscow plans to organize a Russia-Africa summit in the fall. North Africa's Arab nations are likely to provide much-needed help and support, considering that currently they are Russia’s main are primary drivers of cooperation between Russia and the African continent. According to authors of the “Russia-Africa Shared Vision 2030” report who spoke with Al-Monitor, from 2010 to 2017 Russian exports to Africa basically tripled, increasing from $5.1 billion to $14.8 billion. It should be noted, however, that this amount almost exclusively consists of trade with North African countries; more precisely, Algeria and Egypt received 73% of such Russian exports in 2017.

Lavrov’s meetings in the Maghreb also touched upon the conflicts in Libya and Western Sahara.

In its view of the latter, Moscow tries to balance between Algeria and Morocco. As the Russian foreign minister moved from one country to another, he had to adjust his statements with utmost caution. However, in regard to this conflict, as with many others, Russia formally advocates for compromise and dialogue. Expressing his position on the situation in Libya, Lavrov objected to the arbitrary choice of election dates, emphasizing that the conflicting sides should reach a consensus first. He said Russia is willing to become a mediator for anyone interested in peace.

Lavrov also placed emphasis on Syria. He discussed ways to reintegrate Damascus into the “Arab family” in every country he visited. This issue seems rather relevant in advance of the Arab League summit to be held in Tunisia in late March. Moreover, Russia said it aims to expand the Arab League’s role in the Syrian resolution process. The consolidation of the Arab nations may help Moscow promote its initiatives in this field.

Humanitarian contacts are also a significant part of relations between Russia and the Maghreb. They include cultural exchange and tourism; the latter mostly concerns Tunisia, as Russia provides the most visitors among non-Arab countries (600,000 in 2018). Student exchange is also a strategic issue, a mechanism of what came to be called of “maintaining the continuity of generations.” It is quite traditional for Africans in general to look toward Russia as a place for quality higher education. As “Russia-Africa Shared Vision 2030” states, 80,000 graduates of Russian universities currently live on the continent, including 30,000 North Africans.

In 2016-2017, 791 Algerians, 1,381 Tunisians and 2,612 Moroccans were studying in Russia. Most of them have to pay for their education, and Russian specialists who are working on bilateral cooperation between Russia and Africa say the lack of free education quotas for foreign students, the scarcity of postgraduate training programs in Russian companies and the absence of other accommodations prevents Moscow from taking root in the region.

Hence, despite the numerous documents such as declarations of strategic partnership, and the friendliness between political leaders, Russia and the Maghreb countries have a long way to go to build efficient relationships.