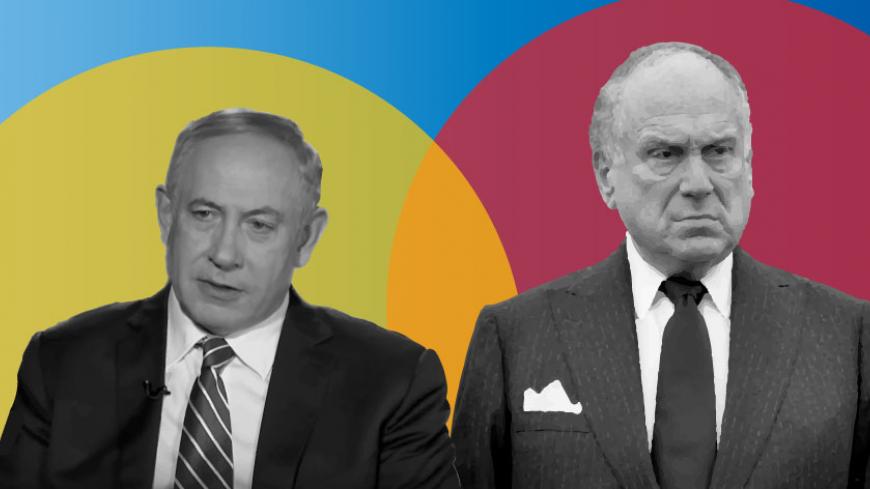 Over the past few days, Israeli Prime Minister Benjamin Netanyahu has been trying to lower expectations surrounding US President Donald Trump's visit to Israel, which is scheduled for May 22 (an official announcement about the visit has yet to be made). A source within Netanyahu’s inner circle commented that Netanyahu will not agree to negotiate terms for moving the US Embassy from Tel Aviv to Jerusalem. He also said that a statement recognizing Jerusalem as the united capital of Israel is just as important as actually moving the embassy.

However, the embassy issue is not what is keeping Netanyahu up at night; he is more concerned about the "ultimate deal" that Trump keeps mentioning. Netanyahu is worried that Trump could drop a new "package deal" on his desk. The problem is that the prime minister lacks the coalition, energy and desire to deal with a new diplomatic process, especially one that is faster, more chaotic and more challenging than the last one.

In this context, one particular "demon" marked by the prime minister's office is American Jewish billionaire Ronald Lauder. Once a close friend of Netanyahu, he was also his first patron, back in the 1980s. As Walla News reported on April 26, Lauder also has a historic and particularly close relationship with Trump, based on family, school and business ties, decades of cooperation and personal connections. While billionaire Sheldon Adelson, who is close to Netanyahu, is beginning to show the first signs of disappointment with Trump, Lauder is one of the few people who has the president's ear. According to the Prime Minister's Office, Lauder has been whispering more than idle nothings into Trump's ear. As one of the people closest to Netanyahu told Al-Monitor recently, on the condition of anonymity, "If there are any two people who believe that it is possible to reach an arrangement in the Middle East, they are Donald Trump and Ronald Lauder."

Lauder and Netanyahu have had no relationship whatsoever since the airing of Channel 10's "Bibi Tours" investigative report in March 2011. Since Lauder was then the biggest stockholder and controlling interest in the channel, Netanyahu's people placed enormous pressure on him to keep the report off the air. They were concerned about its serious allegations surrounding the Netanyahu family's activities, including Netanyahu’s ties with various billionaires and the way his international travel and other indulgences were funded. Some of those claims are, in fact, at the center of an ongoing police investigation. When Lauder failed to prevent the report from being aired, he was shunned and exiled from Netanyahu's inner circle, a situation that persists today. He went from being a favorite confidante to a pariah. Steven Schneier, an American who divides his time between New York and Jerusalem, oversaw the relationship between Lauder and Netanyahu for years. He tried to arrange a reconciliation between the two men, but all of his efforts were in vain.

As one of the most prominent Jewish philanthropists in the world today, Lauder has served as president of the World Jewish Congress for the past few years. His biggest dream is to bring peace between Israel and its neighbors. In the 1990s, Netanyahu, then in his first term, sent Lauder on a shuttle diplomacy mission between Damascus and Jerusalem in an effort to reach an agreement between Israel and Syria. The mission may have failed, but the dream was never shelved. Having extensive ties with most leaders in the Sunni Arab world, Lauder has spent the past few years in intensive meetings with many Arab leaders trying to hammer out formulas that will allow for the resumption of talks with Israel and a comprehensive peace agreement with the Arab world. The basis of these talks is the 2002 Arab Peace Initiative, with certain adjustments. Lauder believes in his plan, which he worked on with several aides, including some Israelis. Ever since Trump's election, he has also been trying to win the president's support for the plan. It's not very difficult either. Trump still insists that he can reach the "ultimate agreement."

These developments have raised the level of concerns in Jerusalem considerably. Netanyahu still has his own representative in Lauder's inner circle: the same Steven Schneier who once oversaw their relationship. Schneier is still close to Lauder, but he also maintains his relationships in Jerusalem. Is he the one reporting to Netanyahu about what Lauder is up to, or is it the other way around? At this point, there's no way of knowing.

Netanyahu is praying that the North Korean issue will distract Trump's attention and energy away from him. He is investing quite a bit of effort to convince the president's team that there is no way to reach a diplomatic arrangement with the Palestinians (because of the Palestinians, according to Netanyahu). His point men in this effort are his ambassador to Washington, Ron Dermer, who is very close to Trump's son-in-law Jared Kushner, and David Friedman, the US ambassador to Israel. While the "ultimate deal" approach still has priority in the US administration, Netanyahu hasn't given up hope. During his first term, Netanyahu was able to play President Bill Clinton, and during his second, third and fourth terms, he was able to play President Barack Obama. Now he believes that he will be able to play Trump, too.

Trump’s visit on May 22 will play a critical role in determining the direction that he will eventually take. He is expected to spend little more than a day here, considerably less than Obama did during his 2013 visit to Israel. While people surrounding Netanyahu do not think that Trump will announce a decision to move the embassy to Jerusalem, they do believe that he will recognize Jerusalem as Israel's capital. Jerusalem also hopes that Trump will not declare his commitment to a two-state solution, since this would be unacceptable to most of Netanyahu's Cabinet, including his top Likud ministers.

During their meeting in Jerusalem, Trump is expected to ask Netanyahu, "So what's your plan?" Netanyahu has already been asked the same question by Clinton and Obama and has successfully avoided answering it. At some point, the previous presidents realized that Netanyahu "played them," but by then it was too late to react. It's a very different game with Trump. The new president is a strange and unpredictable fellow who hates when people try to play him. He is all about personal relationships, his mood at the moment and his gut feelings. Netanyahu hopes to take advantage of his personal relationship with Trump to dissuade him. Most of all, he plans to use assets in the president's circle to push Trump eastward, out of the Middle East and toward the Korean Peninsula.

If he fails, he could always blame Lauder. On the other hand, the cosmetics billionaire could then smile contentedly to himself. This small act of revenge directed at Netanyahu could be his big contribution to the Jewish people. At least he hopes so.