President Joe Biden’s iciness toward Prime Minister Benjamin Netanyahu could benefit him ahead of the March elections. 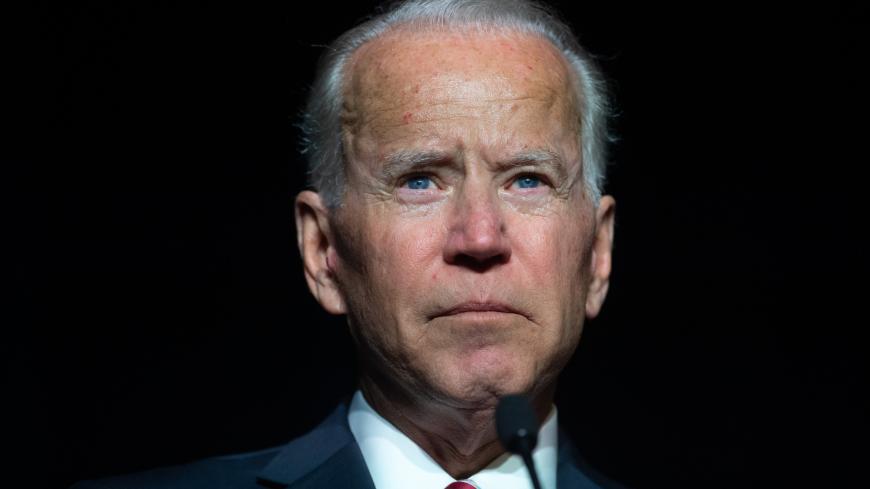 President Barack Obama’s eight years in the White House strengthened Prime Minister Benjamin Netanyahu’s hold on the Israeli right at large, not just its extremes. Throughout that time, the prime minister cultivated the myth that if he did not stand firm against Obama, the Iranians would race toward their goal of obtaining a nuclear bomb and Israel would be forced to evacuate the settlers.

At the start of Obama’s first term, Netanyahu was taken aback by the president's chilly attitude toward him. He was concerned by Obama’s decision to skip Israel when he travelled to Cairo to deliver his historic speech calling for a “new beginning” in the relationship between the United States and the Arab world June 4, 2009. The trip came just one month after Netanyahu’s first meeting with the president in the White House, where Obama asked Netanyahu to stop all settlement construction in the West Bank and east Jerusalem.

At first, Netanyahu seemed traumatized, but must have soon realized that Obama’s stubbornness could benefit him politically among the Israeli right. Obama was perceived as pro-Palestinian and soft on Iran. Netanyahu nurtured this sentiment, at least behind the scenes at first. By the end of Obama’s second term, however, the prime minister liked to boast that he was the only person who dared stand up to the US president.

Then Joe Biden got elected and took his time making his first phone call to the Israeli prime minister. The delay was political gold for Netanyahu, especially before an election. As vice president, Biden was a full partner in Obama’s Middle East policy. As a result, many on the Israeli right regarded the snub as a badge of honor.

Earlier this week right-wing publicist Nave Dromi tweeted, “The longer Biden waits to call Netanyahu, the more strength he gives him. People only play these games with someone they see as posing a threat, someone powerful that you want to educate. If the US administration weren’t afraid of standing up to Netanyahu, he would have called him, just like he called all the other world leaders. The way they are acting now positions Netanyahu several degrees above the others.”

It was only very late last Wednesday, Israel time, that the long-anticipated phone call came, 27 days from when Biden entered the White House. There is no doubt that the president was sending a message.

During these 27 days, Netanyahu’s rivals ridiculed him, saying it was payback time for the way he treated Obama, Biden and the Democratic Party over the last decade. The new administration would not easily forget the prime minister’s close relationship with Donald Trump. As the days passed and no call came, the issue became a major news story in Israel. Whenever he was asked about it, Netanyahu repeated the same line: His relationship with Biden is excellent and extends back three decades, to his days as Israel’s ambassador to the UN when the president was still a senator from Delaware.

Netanyahu also instructed his Likud ministers to fan the flames when talking about the White House and to speak officially and on the record, whenever asked about it.

Nevertheless, Netanyahu was quick to tweet about the warm and friendly call, which lasted about an hour. The prime minister’s office reported, “The two leaders noted their longstanding personal connection and said that they would work together to continue strengthening the steadfast alliance between Israel and the US.” Attached to the statement was a photo of Netanyahu, phone in hand and grinning ear to ear. While it is unclear whether the photo was taken during this particular phone call, Netanyahu’s message was obvious: Everything is under control. His relationship with the new US president is as good as ever.

This image is very important to Netanyahu, especially now while he is campaigning as a national leader.

The polling Netanyahu conducts show that the right continues to perceive of him as the person best suited to manage Israel’s foreign policy, especially now, when dealing with a Democratic US president. His clashes with Obama remain fresh in Israeli memory. He is seen as having prevented the evacuation of settlements after his predecessor, Prime Minister Ehud Olmert, made an offer to Palestinian President Mahmoud Abbas, that would have meant the effective partition of the country.

That is why Netanyahu has no need to rage against Biden. He already has right-wing support in spades. He does, however, lack voters from the center, who left him because he is seen as such a divisive figure who evokes such intense antagonism. In briefings to the press, his staff stated repeatedly that Netanyahu was the first leader in the Middle East to receive a call from Biden and noted that the two men spoke nostalgically of the past they shared.

They played down that Biden called Netanyahu only after he spoke with the leaders of Canada, Mexico, the United Kingdom, France, Germany, Japan, South Korea, India and Australia, and with the heads of the other superpowers: President Vladimir Putin of Russia, and President Xi Jinping of China.

But the relationship between Israel and the United States is not the central issue in Israel’s political discourse in the month leading up to the March 23 election: the handling of the coronavirus pandemic. Netanyahu used Trump to his advantage in every election over the past two years, presenting his friendship with the president and the gifts he received from him as a strategic advantage. Now, in his dealings with the new administration, he needs to minimize the damage to his image that the tactic caused. Netanyahu will argue that the alliance between the two nations is firm and that Biden is a close friend of Israel while hoping that there is no crisis in his relationship with the White House in the month leading up to the election, as happened more than once during Obama’s time in office.

That is also why Netanyahu is being careful not to fan the diplomatic flames, given recent reports that the Biden administration made an official offer to Iran to renew negotiations over the nuclear accords just a few hours after Netanyahu’s phone call with Biden. It was a devastating blow to the policy that he had led together with Trump — especially just a month before the election.

As much as Biden is not Obama, Netanyahu still realizes that we are at the start of a new era in the White House. His good friend Trump left in disgrace and is holed up in his estate in Florida. Now Netanyahu needs to win a complicated election. Biden’s icy attitude toward him may serve Netanyahu on the right, but it embarrasses him among voters focused on national, and not just sectoral interests. Without their support, Netanyahu could lose everything.