Why UNESCO's 'Jerusalem resolution' is a win for Netanyahu

The May 2 resolution by UNESCO’s executive committee criticizing archaeological digging in east Jerusalem plays into the hands of Prime Minister Benjamin Netanyahu, who portrays UNESCO and the international community as enemies of the Israelis. 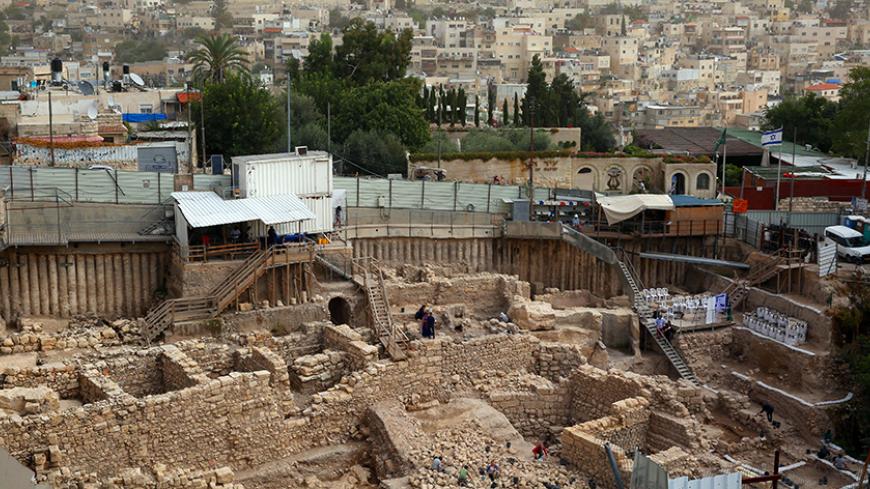 A general view shows workers from the Israeli Antiquity Authorities digging at an excavation site near the City of David adjacent to Jerusalem's Old City walls, Nov. 3, 2015. - GALI TIBBON/AFP/Getty Images

On the occasion of Israel’s 69th Independence Day on May 2, the Israeli government received a priceless gift from one of the world’s most important organizations. The day before, the UNESCO executive committee adopted another resolution criticizing Israel on east Jerusalem, the West Bank and Gaza. What more can a country ask for on its festive day? Barely a week after commemorating the slaughter of 6 million Jews by the Nazis, UNESCO reminded the denizens of Zion that the entire world is still against us. To use a sports metaphor, UNESCO played directly into Israel’s hands.

Prime Minister Benjamin Netanyahu was the first to identify the ball lobbed into his court. The fact that more states opposed this resolution than did a UNESCO resolution in October 2016 (10 voted against this time with 22 in favor; only six voted against last time with 24 in favor) did not spoil this cynic’s party. “We don’t believe in UNESCO,” Netanyahu declared heatedly during the annual international Bible quiz held in Jerusalem. At the start of the weekly Cabinet meeting held the following day, Netanyahu once again lashed out at UNESCO, called its resolution “absurd” and praised the across-the-board support by almost all of Israel’s political parties in rejecting the resolution.

And, in fact, UNESCO has managed to unite all of the Israeli mainstream, not to mention the right wing of the Israeli public and its elected officials. Netanyahu’s decision to punish UNESCO by cutting $1 million in Israel’s annual contribution to UNESCO — a move that could deprive Israel of its voting rights in certain UN bodies — went right over the heads of the Knesset members. The prime minister was not called on to explain why he decided to rebuke the Swedish ambassador to Israel, of all people, while depriving the ambassadors of Russia, China and Brazil of that pleasure, although their representatives to UNESCO had also voted in favor of the anti-Israel resolution.

Professor Yuval Shany of the Hebrew University Law School, a senior researcher at the Israel Democracy Institute, said Israelis’ hostile attitude toward UNESCO stems from UNESCO’S unusual preoccupation with Israel. Speaking this week with Al-Monitor, Shany said that in recent years, this preoccupation has been characterized by a high level of politicization, as reflected in its voting blocs. “Although the UNESCO executive committee often adopts resolutions related to other conflicts in the world,” such as one on the destruction of Palmyra and other heritage sites in Syria, Shany notes that the “preoccupation with Israel is unusual in its extent and frequency.” According to the Jerusalemite expert on international law, the UNESCO member states are using the cultural organization to express their objections to any indications of Israeli sovereignty over heritage sites beyond the Green Line that delineates Israel from the West Bank and other areas it captured in 1967. They also use the organization to express reservations over Israeli military activity that interferes with UNESCO activity and to promote the placing of these heritage sites under international supervision. Its recent resolutions include specific claims against Israeli development activity in Eastern Jerusalem’s Western Wall compound, in violation of Article 5 of the 1972 convention on the protection of cultural and natural heritage sites.

Nonetheless, Shany underscores that the latest resolution is slightly more moderate than the one adopted last year, which questioned Judaism’s ties to the Western Wall. Since 2010, the position of the organization’s executive committee (a political entity comprised of state representatives) is that Israel’s activity around the Temple Mount — a site holy to both Jews and Muslims — violates UNESCO resolutions from 2006 on. According to those resolutions, all activity there must be carried out in cooperation between Israel, Jordan and the Muslim custodian of the site — the Waqf. The resolutions also reiterate the demand that the Israeli government cancel its 2010 decision to include Rachel’s Tomb (located between Jerusalem and the West Bank town of Bethlehem) on the Israeli national heritage list.

Unlike previous resolutions, the new resolution notes that Jerusalem is important to all three monotheistic religions and avoids referring to Al-Aqsa Mosque or Haram al-Sharif, the Muslim name for the Temple Mount. The term “occupying power” used in referring to Israel, which riled politicians in Jerusalem, is standard language in various UN documents (including Resolution 2334 of December 2016 that defines Israeli settlements in the West Bank as illegal). Even Israel’s ambassador to UNESCO, Carmel Shama-Hacohen, who described the vote against the state on its day of independence as “a new low for the Arab states,” added that the vote results were nonetheless “a tremendous diplomatic victory” for Israel, given that more states opposed the resolution and fewer voted in favor.

And when all is said and done, it should be noted that no Israeli official has reacted to UNESCO’s claims against the way Israel has been digging under the Old City of Jerusalem — one of the world’s most sensitive and explosive heritage sites.

In April 2015, Yohanan Seligman, the director of the Excavations, Surveys and Research Department of the Israel Antiquities Authority, wrote that the tunnel digging in the Old City, contrary to accepted practice, was “bad archaeology.”

Rafi Greenberg, an archaeology professor at Tel Aviv University, told Al-Monitor, “We are acting in an irrational fashion and consecrating tunnels under the Old City.” According to him, “Out of a desire to prove our affinity for Jerusalem above ground, we are damaging important archaeological findings located underground.” Greenberg added that the “Antiquities Law has been turned upside down in favor of [the right-wing nongovernmental organization (NGO)] Elad, which has been entrusted by the Antiquities Authority with conducting the digs around the Old City walls.” The website of Ir Amim, a left-wing NGO, cites a 2008 conversation between Elad director David Be’eri and Knesset member Avi Dichter, who came to visit the City of David digs when he served at the time as minister of public security. “We started digging up to the terrace that was up here, and at night I would move the terrace,” Be’eri bragged to Dichter, the minister in charge of law enforcement. “And they [the Antiquities Authority] would come in the morning and say, ‘Hey, something here … it doesn’t look like this,’ but they saw a terrace. And that’s how we proceeded, terrace after terrace after terrace.”

Several hours after the UNESCO resolution was published, attendants at the annual Israel Prize ceremony in Jerusalem stood up and cheered at length one of this year’s laureates for lifetime achievement, David Be’eri.

When will the Arab leaders and their supporters at UNESCO and other UN bodies finally learn that their anti-Israel resolutions do not bring an end of the occupation any closer and do not strengthen the country’s peace camp? When will they learn that, in reality, they hinder the end of the occupation and weaken the peace camp? They would do us all a favor if they find themselves something to do in other regions of conflict of which, sadly, there are a great many.