Security and the economy remain high on the list of priorities for Iranian Kurds who depend on the smuggling of goods into their country. 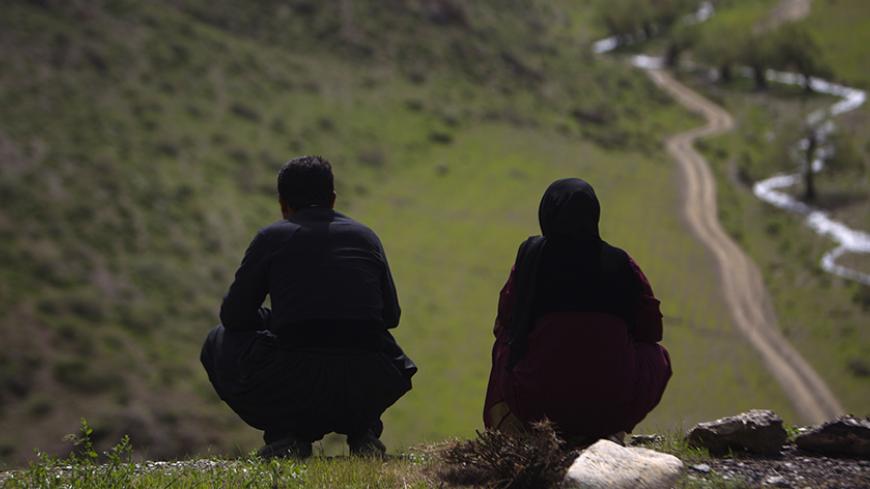 An Iranian Kurdish couple is seen near Marivan in Kurdistan province, Iran, May 13, 2011. - REUTERS/Morteza Nikoubazl

On the eve of Iran's presidential election, a group of poor Iranian Kurds who risk their lives every day to make ends meet on the border with Iraq spoke to Al-Monitor about what matters to them in deciding which candidate they will vote for — or why they plan to boycott the vote. Many hope for closer ties with the West so sanctions will be lifted and the economy will be revived. But while the economy is the main concern, almost all of the men who spoke to Al-Monitor praised the Iranian authorities for maintaining security within the country’s borders at a time when bombings and war bring chaos to neighboring countries.

These men are known as "kolbar" — they smuggle goods on their backs for a fee to make a living in the remote mountains between Iran and Iraqi Kurdistan. “I have no job. That is why I am doing this. Otherwise, this load is for a mule and not a human,” said Ali, a man in his mid-40s, while preparing his load of cigarettes to take back into Iran. Ali receives around $30 to carry the 24-kilogram load through the mountains for over six hours. Asked if he will vote on Friday, he pointed to his load and said, “Not really. This is my situation. Rouhani did not do anything for us for the last four years.”

President Hassan Rouhani, who is hoping to secure another term in the May 19 vote, faces hard-liner Ebrahim Raisi, who is considered close to Supreme Leader Ayatollah Ali Khamenei and is supported by the powerful Islamic Revolutionary Guard Corps. Iran’s high unemployment rate and weak economy mean that he has come under attack from Raisi and other candidates during the presidential debates broadcast live on Iranian state TV. Government figures say over 3.2 million Iranians are unemployed out of a working population of around 26 million. But others dispute the data and say the real number is more than 7 million.

“People have no money. That is why they come here and smuggle goods,” said 15-year-old Hallo, who along with his friend are each carrying 25 kilograms worth of cigarettes on their backs. “There are many people with university degrees that are doing this job because they can’t find anything else to do.”

Forty-year-old Kamal, who has a degree in computer science from Sharif University in Tehran — one of the most prestigious universities in the country — is sitting on a boulder watching half a dozen kolbar prepare their loads for the arduous journey ahead. “It is my duty to go and vote, and even if I earn 5 million tomans [$1,538] that day from smuggling, I will abandon it and go and cast my vote,” said Kamal, who is supervising the men who smuggle the goods across the border. In the last presidential election in 2013, Rouhani won the Kurdish vote by a landslide.

“You say these things because you are scared of the authorities,” responded 27-year-old Abdullah as he prepared his cigarette load. “I won’t vote because they have already chosen who is going to be president. The vote is just to shut people up.” 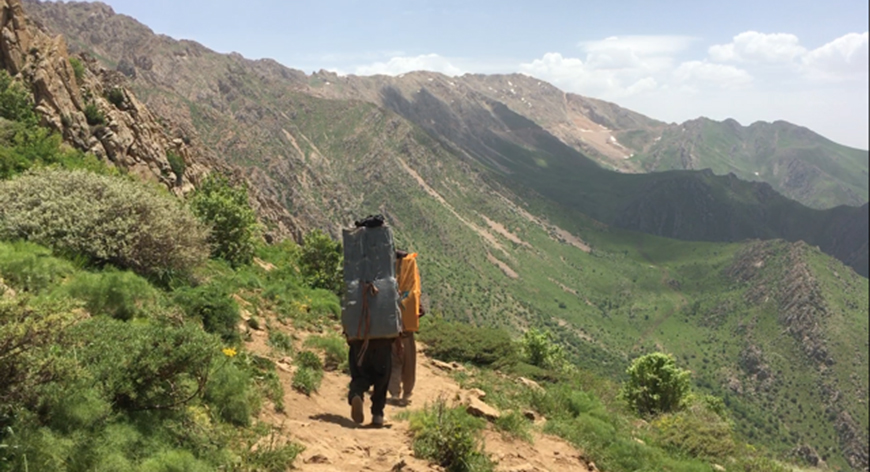 Kamal says that while the economy is important for him, security is far higher up on the list of his priorities given the chaos that the emergence of the Islamic State has brought upon the region. “Iran is a big country, and today you can travel across it without worrying about your security,” said Kamal, a father of two children. “We have security and that is the most important thing. The explosions that happen in Syria, Iraq and Afghanistan don’t happen in Iran.” Abdullah disagrees with Kamal on every point in their heated discussion but concurs with Kamal when it comes to the matter of security.

Almost two years after the signing of the nuclear deal, the crippling sanctions — while eased — have not been lifted. The International Monetary Fund has hailed the Iranian economy’s turn from a recession of 5.8% in 2013 to some 7% economic growth but notes that this is largely “reflecting the rebound in oil production and exports” after the nuclear deal. Thus, unemployment remains high and the economy is reeling on the back of weak growth outside the oil sector.

“Before the sanctions, I paid 18,000 tomans [$5.5] for 10 kilograms of Pakistani rice, but now I am paying 64,000 tomans [$19.70],” said Abdullah, who abandoned his studies when he was 16 to help his father make ends meet. “If relations are resumed between Iran and America, the sanctions would be lifted and the economy would revive, creating more jobs.” The cigarettes that Abdullah is planning to take into Iran are labeled “Milano, Nano Edition — American Blend with Charcoal Filter.”

“The fact that around a thousand people cross into these mountains every day to carry goods on their backs shows that the economy in Iran is in tatters,” said father-of-one Edris, a kolbar who smuggles mobile phones. “I will vote to have my [identity] document stamped, but I won’t vote for any of the candidates. I don’t think voting has any impact.”

Another fundamental problem on the minds of these kolbar as they prepare their loads is the high level of corruption in the country. “The security of the country is intertwined with fighting corruption,” Raisi, the hard-line candidate, has thundered during campaigning, “If someone is corrupt, grab his ear and kick him out.”

Kamal believes that both the Iranian government and the Iranian people are to blame for the current situation in the country. “We are all pawns here in these mountains. The real people are the ones in Tehran who have power, money and connections, buy goods abroad, and to avoid paying tax to the government smuggle them through here, pocketing large sums of money.”

The smuggling of goods into Iran through its porous borders, including from Iraqi Kurdistan, is big business. Raisi has criticized the Rouhani administration for not cracking down on this illegal trade, saying, “This is one of our main priorities. … We believe we can reduce the $10 billion illegal trade and create 1 million jobs out of it if we completely control our entry points.”

For Saadi, 38, who is going to stay the night in the mountains to look after the piles of illegal goods that have been left there, the continuation of the illegal trade is existential for his family. “I am OK with my life. I thank God for this [trade]. We will die of hunger if this border closes.”