At an exhibit in Cairo, over 100 drawings and prints by 12 artists pay tribute to paper, a fragile medium for human records of experience, memories and ideas. 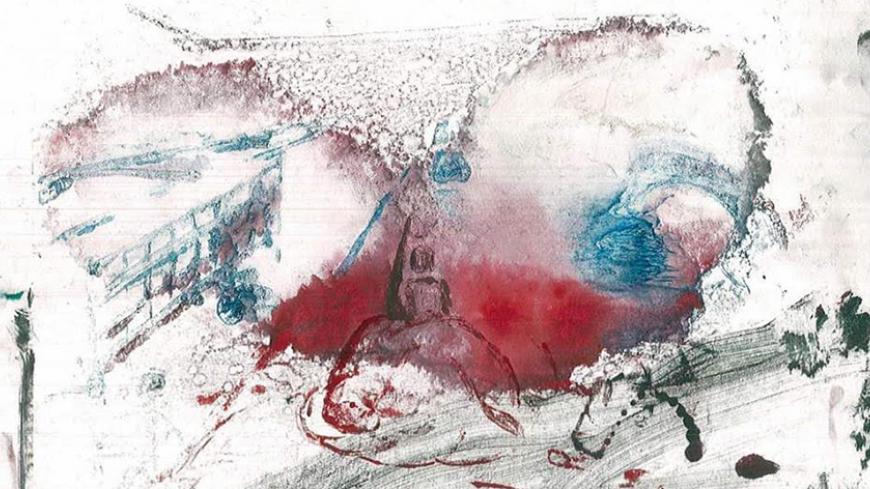 Monoprint by Nada Baraka, one of the artists participating in the "Paper Trails" summer exhibition of the Gypsum Gallery in Cairo, posted on May 22, 2017. - Gypsum Gallery

Twelve Egyptian artists are taking part in an intriguing exhibit titled “Paper Trail” at the Gypsum Gallery in Cairo to pay tribute to paper, which has acted for centuries as a record of memories, experiences, places, tales and ideas.

One hundred and twenty drawings and prints by 12 artists use diverse techniques in the gallery’s summer exhibition that will last through September. The displayed works of art all use the cheapest and most fragile artistic medium — paper — which takes its name from the Egyptian papyrus plant.

"I spent a month and half visiting galleries and searching for the right artists who would participate in this exhibition,” Saida El Harakany, the founder of Adsum Art Consultancy, told Al-Monitor.

Harakany, along with Aleya Hamza, the founder of Gypsum Gallery, put together the exhibition with the aim of breaking the general perception that works of art on paper were not complete artworks on their own, but sketches or drafts. Speaking to Al-Monitor, Hamza underlined that most of the art collectors usually prefer oil paintings, believing that paper alone cannot be a complete artwork. “But the audience’s reaction to the artworks has been positive,” she said.

“The artworks displayed do not have a specific theme — some of them reflect the personal lives of the artists, while others deal with abstract ideas or life issues," said Harakany.

In their tribute to paper, the artists used different techniques that range from color monoprints to brown ink. 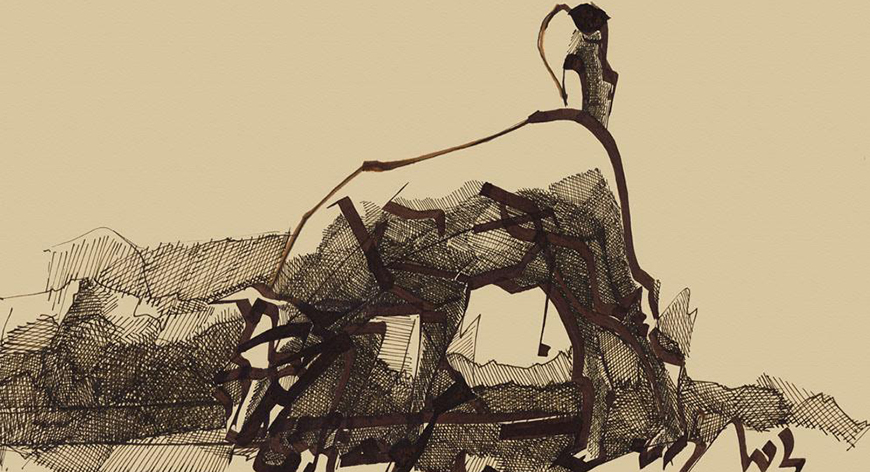 Islam Zaher, Investigations of a Dog, ink on paper (photo by Gypsum Gallery)

A series of brown ink drawings by Islam Zaher depicts the anatomical structure of a dog. It refers to the dog in Franz Kafka's 1922 story titled “Investigations of a Dog” where many existentialist questions are posed through the canine. "This story deeply affected me, but my drawings are not merely an illustration of Kafka's story. It was the point of inspiration that took another form in my imagination. When I started drawing, I did not know what the final drawings would look like,” Zaher told Al-Monitor.

Nada Baraka, who studied fine arts at American University in Cairo and obtained a master's degree from Central Saint Martins College of Art and Design in London, resorted to color monoprints. Obsessed with biology and diseases, the artist uses art to describe the organic processes inside the body. 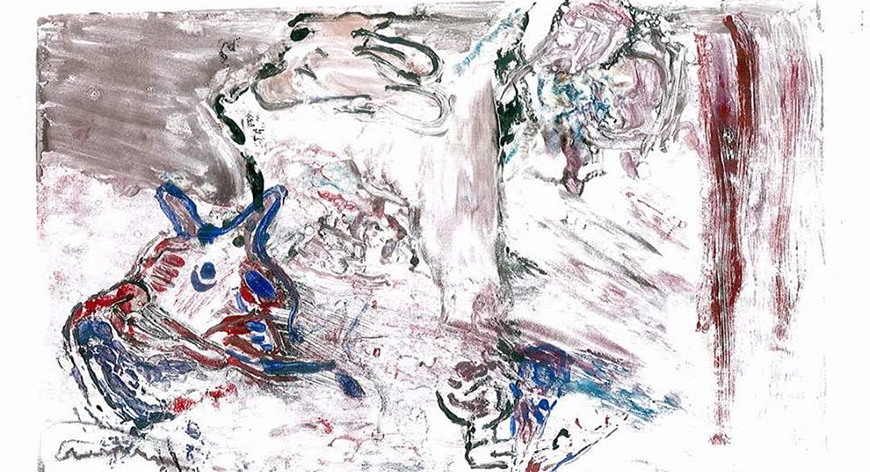 "My drawings focus on the body and the organic changes. While the outward appearance of the body is calm, there is a constant movement and revolution inside it. This contrast captivates me," Baraka told Al-Monitor.

Baraka exhibits 15 drawings in "Paper Trail." They are divided into two groups with each group completing the other. In regard to the "Trust the laws that govern them" monoprints, Baraka said she deliberately left the drawings vague to let the audience interpret them in their own way. "The title of the paintings is metaphoric, and everyone can bring their own interpretation to the word 'law' depending on his own understanding of the drawing. This is called abstract figuration," she explained.

Baraka underlined that the monoprint technique is very demanding as it requires speed and accuracy to get the desired drawing before the colors are dry. "My drawings seem simple. But if you closely look at them, you will find many details. Each drawing wants to tell something," Baraka said. 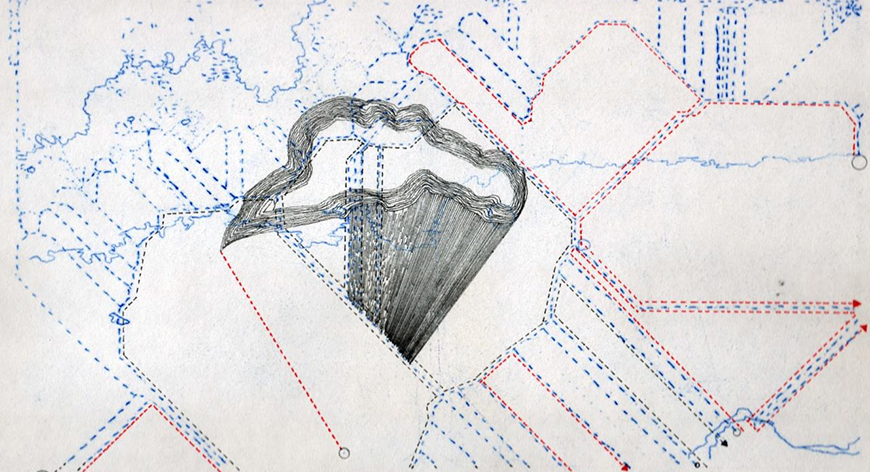 "Paper is a medium just like any other artistic tool. Before starting a project, I select the medium I will use. In this project, I used paper since it was the only available medium at that time. I finished most of these paper artworks during the military conscription period. For sure, the environment I found myself in affected my artworks that — in most cases — reflect my personal life. I turned my personal experience into visual art," Husseiny told Al-Monitor.

In "Paper Trail," Husseiny exhibits 13 maps, telling the stories of four individuals who served in the military at different ages. "Surely, they are imaginary maps, but these maps are of real places. Each map is a part of my father's portrait. If we put them together, we can see my father's portrait," the artist said.

Besides these maps, visitors can see three drawings depicting military trainings and parades by special forces that Husseiny himself witnessed. "These drawings record my memories during this period," he concluded.