Exhibition in Cairo casts a look at 1980s art

Five artists of the 1980s came together in Cairo’s Soma Art Gallery to showcase their work from 30 years ago. 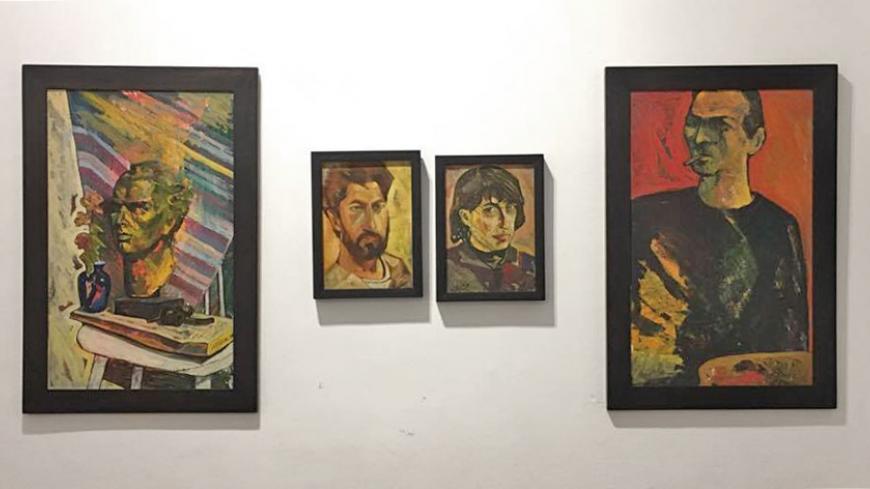 The “Artwork From the 1980s” exhibition in Cairo casts a fond glance at the Egyptian art scene of 30 years ago, when the government was the largest patron of the arts and folk art was a main trend.

Heba el-Moez, the director of Soma Art Gallery, told Al-Monitor, "We came up with this idea to give the audience an opportunity to see artwork from more than 30 years ago and see how Egyptian art has changed.”

The artists are Omar El Fayoumi, Mohamed Abla, Nazli Madkour, Adel El Siwi and Samir Fouad Ibrahim — a diverse group whose works are widely different from each other in style, materials used and size.

The artists say that the absence of the internet and social media back then made the artists more isolated and consequently more individualist. They also had to spend a lot of time researching and reading about art trends and struggled to find the means to study abroad so that they could observe different schools and trends in art.

Fayoumi, one of the important portrait artists in the 1980s, studied at the Russian Academy of Arts in St. Petersburg after graduating from the Cairo Faculty of Fine Arts mural painting department in 1981.

"Although the art of portraiture has been known since the Pharaonic era and had flourished during the Roman period, there were but a few portrait artists in the Egypt of the 1980s," he told Al-Monitor. The artist, now 60, said that 1980s art was not marked by a single theme, but by the individual styles of different painters of the time.

Madkour, one of the very few female artists in Egypt during that period, said the decade was marked by a strong interest of the public sector in the art scene. “The state in the 1980s had a much greater interest in plastic arts than today," Madkour, born in 1949, told Al-Monitor. 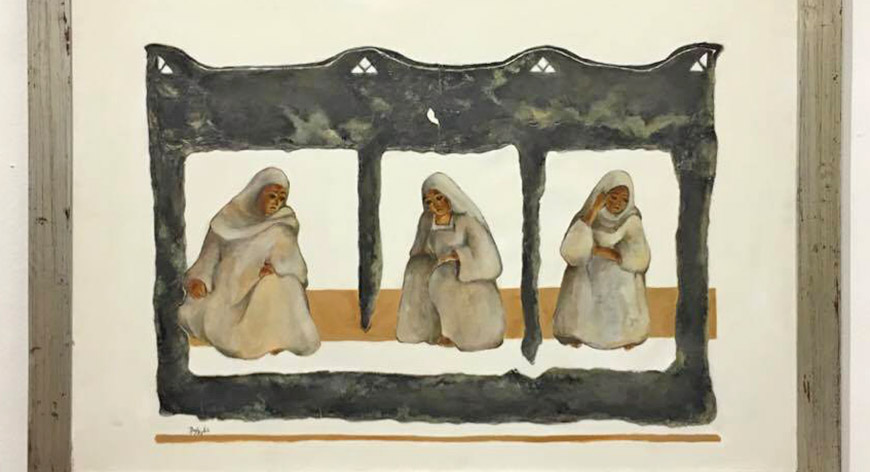 "There were more state-owned galleries compared with today, in which private galleries are prevalent in Egypt. In the 1980s, the state was also keen to acquire artworks more and held exhibitions abroad," she said.

Madkour has a master's degree in political economy from the American University in Cairo. In 1982, she switched to art at the same university. Madkour has held over 35 solo exhibitions, and her artwork has been featured in numerous group exhibitions in Egypt and abroad.

Her work falls between abstract and figurative art. Some of her portrayals of village life and nature are also surrealist, exploring the inner world inspired by nature.

One of her paintings on display shows three women wearing white long garments with hijabs while sitting in front of the doorway of their house.

“In the 1980s, I went to Siwa Oasis and Farafra in western Egypt and noticed that women rarely left their homes,” she said, saying that for many women, doorways were the only gateways that opened to the world beyond their homes.

Folk art, another style from the 1980s, can be seen in the works of Abla, a painter, sculptor, engraver and installation artist with a focus on graphics.

Abla is also known as the founder of the region's first caricature museum in Fayoum, Tunis. He is based in Cairo, but also works in Fayoum and Germany.

Abla’s pieces in the exhibition are based on popular stories and traditional folk arts that were still practiced in the 1980s. “Most of us went abroad and then, when we came back, we wanted to bring innovation to Egyptian art in line with what we learned,” he said. “Before the 1980s, art was very academic. We tried to bring it closer to the people by making it simpler.”