Egypt’s Al-Azhar University, the renowned seat of Islamic education, has gained attention for accepting a Christian medical student for a residency program. 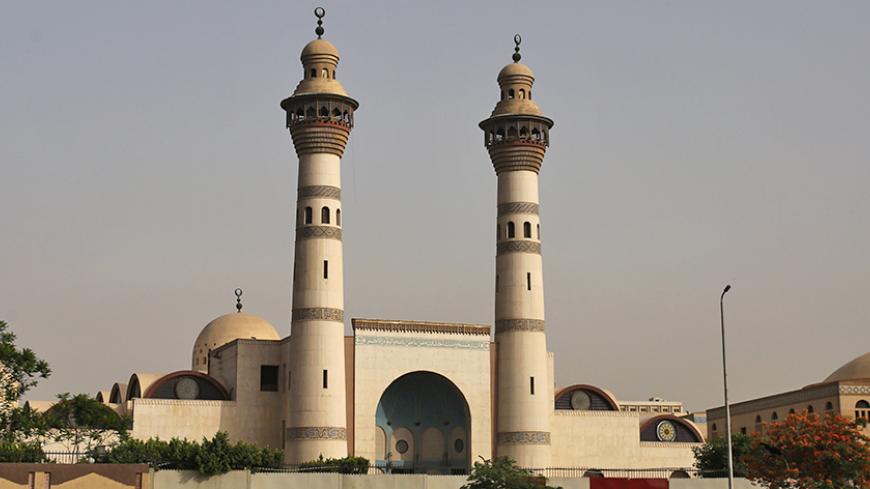 Al-Azhar University is considered a beacon of centrist, moderate Islam in Egypt. But the university is still vulnerable to criticism and responds to any critiques with an eye on its public image. That may have been the case on May 17, when the dean of Al-Azhar’s Faculty of Dentistry in Assiut, Khalid Siddiq, accepted Abanoub Guirguis Naeem, a Christian student, for a residency training program. Naeem is the first known case of a Christian student enrolling at the university.

Medical school graduates must complete a residency before they are allowed to practice professionally in public or private hospitals and clinics.

Many private universities do not offer students the residencies they need to complete their certification, so students apply at hospitals run by government institutions such as Cairo University, Ain Shams University and Al-Azhar University. Naeem found himself in this situation when he graduated from Nahda University in Beni Suef.

A doctor who graduated from Al-Azhar, asking to be identified only as T. Y., told Al-Monitor, “Not all students who graduate from private universities and want residencies at Al-Azhar are accepted. As the number of applicants outweighs the university hospital’s need and capacity, some students are rejected.”

He went on, “The [decision] is based on the student’s grades, where they live and whether there is an agreement between the private university in question and Al-Azhar to take on medical residents. Al-Azhar may have deliberately accepted Naeem to show that its doors are open to all Egyptians in a way that doesn’t violate the university’s regulations for its Islamic modules.”

Naeem’s admission came after parliament member Mohammad Abu Hamid called for Al-Azhar’s scientific colleges to be brought under the jurisdiction of Egypt’s Higher Council for Universities. In comments aired on Al Assema TV's call-in show “Kalam Garayed” on March 5, Abu Hamid said that doing so would allow all citizens, Muslim and Christian, to study secular subjects there. He said Christians should have the same rights as Muslims.

Al-Azhar spokesman Abbas Shoman responded to Abu Hamid’s demand in a March 11 press statement: “There is no text that prevents any Egyptian from studying at Al-Azhar, but the conditions for enrollment can only be met by Muslims. Will Christians memorize the Quran so they can study at Al-Azhar? That won’t happen, so the education system at Al-Azhar is not suitable for Christians, as the conditions for enrolling are hard for them and we cannot remove the Islamic education modules or exempt Christians from having to take them.”

Speaking to Al-Monitor, Shoman said there was a difference between attending the university as a student and a resident. “Organized study includes lectures and theoretical modules. It is hard for Christians to take part in, because besides scientific modules, students take religious modules such as Quranic studies, jurisprudence, Islamic law and doctrines,” he said. “But the residency is practical training in a subject the student has already mastered, and students joining the university for residencies don’t study Islamic modules,” he explained.

Siddiq, the dean of Al-Azhar’s Faculty of Dentistry in Assiut, told Al-Monitor that under the colleges' regulations, residents enter school in early May.

“Naeem applied to the college for a residency, and he was accepted along with other students,” he said.

Siddiq said Naeem is not the first Christian student to take a residency at Al-Azhar, but he did not name others. “Many Christians have taken part in training courses organized over the past few years,” he told Al-Monitor.

Nevertheless, Shoman championed his admission. In May 17 comments to MBC Egypt’s “Yahduth fi Misr” call-in show, Shoman said, “Naeem was accepted for training at Al-Azhar thanks to the university’s transparency and its openness to all.”

For his part, T. Y. said Naeem was the first case of a Christian student being publicly accepted to the university. “There may have been previous cases, but they were not made public,” he said.

“The university administration did well to promote his case because it is a real message that Al-Azhar embraces all sects in Egyptian society without discrimination, which is the best response to Abu Hamid’s suggestion after he accused the university of rejecting Christians, whether intentionally or not.”

He went on, “Naeem did well to get into Al-Azhar instead of being persuaded by negative propaganda saying he wouldn’t be allowed in or would be rejected by his colleagues. Christian students may not have applied for internships at Al-Azhar because they believed they would not be accepted or maybe they felt awkward about the situation, especially given that the number of Christian trainers would be very limited.”

Asked about Abu Hamid’s proposal to bring Al-Azhar's scienctific colleges under central jurisdiction, T. Y. said, “I’m not against the suggestion as such, but it should have been made after discussion between the parliament and Al-Azhar, and it should have come from Al-Azhar itself. Coming from Abu Hamid and with the controversy surrounding the issue, it seemed like Al-Azhar rejects Christians and creates discrimination and that the parliament is trying to prevent that discrimination, and that is not true at all. Al-Azhar is facing attacks from many media and political figures.”

Al-Azhar may be using Naeem to respond to repeated criticism and improve its image. The last two years have seen media figures launch fierce attacks on Al-Azhar’s curricula. TV host Ibrahim Issa and religious scholar Islam Buhairi accused the university of encouraging terrorism, as its curricula include some traditional fatwas deemed extremist and condemn other religions.