Will Christians soon be enrolling at Egypt's Al-Azhar?

The proposal to affiliate nonreligious faculties at Al-Azhar University with the Egyptian Ministry of Higher Education goes beyond allowing the enrollment of Christian students. 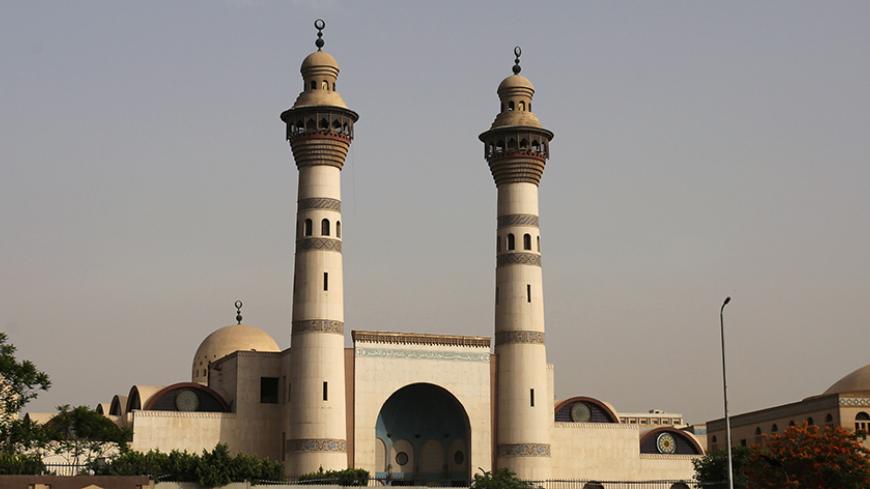 On March 6, parliament member Mohamed Abu Hamed announced his intention to submit to parliament a proposal amending Law No. 103 of 1961, which regulates Al-Azhar affairs. The proposal is designed to affiliate nonreligious faculties at Al-Azhar University — such as the faculties of medicine, engineering, media and communications — with the Ministry of Higher Education instead of Al-Azhar institution, which would subsequently allow Christian students to enroll in these faculties.

Abu Hamed's remarks sparked wide controversy. On March 9, Al-Azhar representative Abbas Shoman said that Al-Azhar's system of education is inconvenient for Christians, because students who join Al-Azhar are required to recite the Quran. He asked, “Are Christian students going to recite the Quran and learn Islamic jurisprudence, exegesis, doctrine and hadith?” Shoman pointed to the absence of any legal texts preventing Christians from being enrolled at Al-Azhar University.

Some parliamentarians have also rejected the proposal. Abdel Rahman al-Borei, a representative of the Committee on Education and Scientific Research, told the press March 10, “Christian students will not want to study at Al-Azhar University, as Islamic religious sciences are taught in all faculties. Discussion of the issue would generate problems at a time when our educational problems need to be solved.”

Wael Mushanab, a member of the Committee on Education and Scientific Research, told al-Monitor, “All faculties at Al-Azhar University should continue to be affiliated with the noble Al-Azhar institution that represents moderate Islam. Al-Azhar’s dissemination of moderate Islam should not be limited to students of religious sciences. Rather, it should be taught to the largest possible number of youths and students via scientific faculties. Such a role for Al-Azhar is much needed in light of the dissemination of extremist ideology.”

He added, “The attempt to separate scientific faculties and institutes from Al-Azhar institution would question its approach and ability to supervise these colleges and institutes. Those unaware of the value and importance of Al-Azhar’s role need to travel abroad and ask all Muslims in the world about the importance of Al-Azhar’s role at the scientific and religious levels.”

In response to criticism, Abu Hamed told the press March 11 that the amendment of Law No. 103 of 1961 comes to implement Article 7 of the constitution, which stipulates that Al-Azhar’s role is limited to preaching Islam and disseminating religious sciences and the Arabic language. He noted that the amendment would provide equal opportunity to private high school and Al-Azhar high school students to be enrolled in Al-Azhar scientific faculties that require a minimum GPA that is less than the one required by the faculties of public universities.

Of note, the religious curricula, which include the Quran, Islamic jurisprudence, Sharia and hadith, are also taught in scientific faculties at Al-Azhar University, among medical, engineering and other main courses.

Nevertheless, some members of parliament have endorsed Abu Hamed's proposal. Magda Nasr, another member of the Committee on Education and Scientific Research, told Al-Monitor that there is nothing preventing the enrollment of Christians in Al-Azhar scientific faculties, save Islamic Sharia faculties.

Some parliamentarians, however, insist on the principle of equality between all students, while disagreeing on how to enforce this principle under the law. Said Shababeek, a member of the parliamentary Committee on Human Rights, told Al-Monitor, "Should the proposal be designed to implement the principle of equality and citizenship among all citizens, then it would be a good thing. But this is not the case.”

He added, “All citizens have equal rights and obligations under the constitution. Yet it is better to look for alternatives for the implementation of constitution and law articles. These alternatives should not clash much with what citizens perceive to be social constants.”

Of note, Abu Hamed's proposal also includes regulating Al-Azhar institution as a whole, including the criteria to select the grand imam and the Council of Senior Scholars. This came following media outlets reporting on a dispute between President Abdel Fattah al-Sisi and Grand Imam of Al-Azhar Ahmed el-Tayeb, because of Sisi’s Jan. 24 demand to invalidate verbally declared divorces and only validate marriages authenticated by the mazoun, an official authorized to perform Islamic marriage ceremonies.

On March 1, Abu Hamed sharply criticized some Al-Azhar scholars during a talk show aired on Dream Satellite TV channel. He said that the Council of Senior Scholars includes Muslim Brotherhood cells and the proof is that some of the scholars were seen taking part in the Muslim Brotherhood protests. He noted that some of Al-Azhar University's professors were involved in the delivery of weapons to the university student supporters in the Brotherhood during their protests following the ouster of President Mohammed Morsi on July 3, 2013.

The dispute between Abu Hamed and Al-Azhar may escalate in light of media and analysts’ talk that Abu Hamed is attacking Al-Azhar on behalf of Sisi. This is true, particularly since the dispute between Al-Azhar and Sisi goes back to 2015 with Tayeb disregarding Sisi's call on Jan. 1, 2015, for renewal of religious discourse to fight extremism.

In the past two years, a number of media figures have taken part in the fierce campaign against Al-Azhar. Most prominently among these are expert on religious affairs Islam al-Behairy and journalist Ibrahim Issa, who describe the curriculum at Al-Azhar as creating an environment conducive to terrorism. In light of the fierce campaign and increased attempts to translate it into laws, the dispute between Al-Azhar and Sisi is expected to escalate, particularly since Hamed is a prominent pro-Sisi parliamentarian.