The announcement by the Assiut campus of Al-Azhar University to create all-female classes inspired both accolades and complaints from lawmakers and religious scholars. 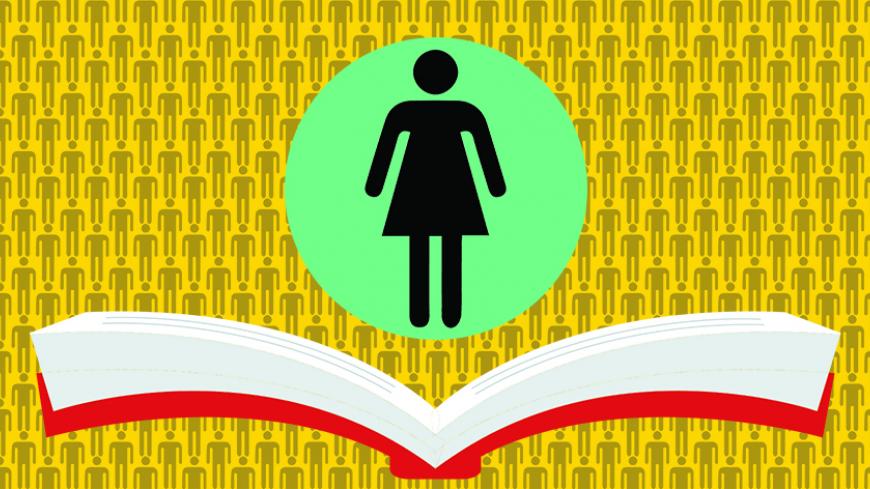 In 2018, Al-Azhar University's Assiut branch will allow the enrollment of female students, provoking the ire of some conservatives. - Hugo Goodridge/Al Monitor

The decision sparked controversy. Some thought that Al-Azhar was giving up its Sharia values that forbid the mixing of men and women, while others saw the decision as a victory for the civilized world and an opportunity for cultural and social development in Upper Egypt and change in Egyptian society’s perception of women.

Raouf told Al-Monitor that Al-Azhar University took the step to make the lives of women students easier and that the Assiut branch is only administratively affiliated with the all-male faculties.

Raouf explained that Al-Azhar University was founded in 970 as an Islamic university for the study of Sharia-related topics such as the Hadith. Nonreligious courses such as engineering and medicine were introduced in 1961, the same year women were first allowed to study at the university.

He said that Islamic courses cover several topics that may cause embarrassment to students such as intercourse and menstruation, noting that male and female students have always been separated but benefited from the same material and educational resources. He asserted that Islam guarantees women rights, including the right to education, but prevents mixing between male and female students.

Raouf dismissed the idea that women could be adversely affected by an all-female university equipped with all the necessary resources for their education. “Women form their personalities through proper education and upbringing and not by mixing with men, and this is what makes their character strong,” he said.

Amna Nasir, the former dean of the Faculty of Islamic and Arabic Studies at Al-Azhar University's Alexandria branch and a parliament member for the governorate of Assiut, told Al-Monitor that when she headed the school in 1997, she tried to enroll female students in Al-Azhar’s all-male Faculty of Engineering in Cairo and had to fight a fierce battle with the university council.

She was able to enroll the female students, who took classes in a building adjacent to the department's main building during their sophomore year, but finished their senior years in mixed classes. “This was the first and last time Al-Azhar University students mixed,” she said.

Nasir indicated that she promised before the university council to assume full responsibility for the change and said, “After 40 years in the service of Al-Azhar as a professor I believe separation between male and female students is not justified in Islam.”

She explained, “In the era of the Prophet Muhammad, men and women mixed. Umm Omara was a female Muslim fighter who fought alongside men. Rufaida al-Aslamiya was a female medical and social worker who treated wounded men in wars. Umm Hani was a great female companion who gave shelter to two male nonbelievers from Mecca. The Prophet Muhammad learned about her actions and said, 'We shelter the person you have sheltered, Umm Hani.' The two men embraced Islam.”

Nasir told Al-Monitor, “Criticism and objections by intellectuals against Al-Azhar were able to shake the rigid mindsets. President Abdel Fattah al-Sisi’s open mind and balanced perspective in dealing with Egyptian women's issues will surely spread to other issues, including the curriculum and internal rules of Al-Azhar, which in the near future will be bound to reconsider its curriculum. I believe mixed education will spread in all Al-Azhar faculties.”

She concluded, “Mixed education in Upper Egypt’s universities will bring about cultural and societal development and change society’s perspective on women, since men will feel that their fellow female university classmates are worthy of leadership positions.”

Sheikh Sherif al-Hawari, a member of the Salafist Call’s board of directors, has a different opinion. He told Al-Monitor that mixed education could lead to great aberrations and indecency.

He argued, “In the era of the Prophet Muhammad, men and women were allowed to mix under specific rules and cases of necessity. To this moment, necessity knows no law. Islam does not prohibit a woman from having a necessary medical surgery by a non-Muslim surgeon. But the rule in Islam is that men and women should not mix. It is not permissible to generalize the special cases that occurred in era of the Prophet Muhammad without considering the reasons.”

Hawari went on, “When male and female students mix, they tend to commit sins. Whoever denies this denies an established fact. Even in Europe and the United States, where liberalism originated, churches have been demanding for decades the prohibition of mixed public education, but to no avail, and this is why these churches established gender-segregated education. Legislation was passed to [allow such practices] in light of the spread of the negative effects of mixed education that threatened entire communities.”