While the phenomenon of child abuse has recently come under the spotlight in Iraq, the government is not taking action to stop this violence against children. 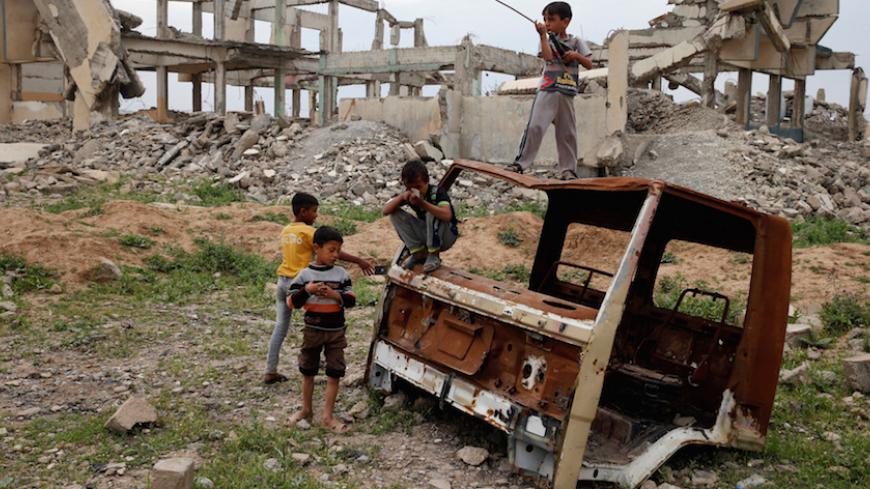 BAGHDAD — Child abuse has become an increasingly widespread phenomenon in Iraq, with social networking sites playing a major role in detecting any of the abuse and torture cases.

On April 10, the Human Rights Commission and the parliamentary Committee for Women, Family and Childhood condemned the rise of child abuse, describing it as brutal.

The abuse case of Zahra and Ghadir was documented and registered with the Iraqi court April 11. The two young girls were beaten by their father for over six months. The children's mother told reporters that her husband used to tie her hands, gag her and turn off the lights, and start beating the girls. As a result of the physical abuse, Zahra is suffering a fracture in her right thigh, according to the medical report of the hospital where the girls are staying.

In a video recording April 19, the father of Ali Abbas is seen torturing his son with sharp tools in the city of Kirkuk, for returning home late after a soccer game.

Another video shows the abuse of Ali and Banini in Baghdad at the hands of their father and uncles, who hung the children from the ceiling fan, kicking and beating them.

In Basra, southern Iraq, a 9-month-old toddler died after being tortured by her father. The child’s grandfather told her mother that the father had been using crystal meth before he tortured his daughter until she died. A video on social media showed the child's injuries.

The Committee for Women, Family and Childhood said the number of cases of child abuse and torture are increasing and parliament is not taking any action.

Mohammed Abdel-Hassan, a sociologist at the Center of Research and Education Studies, told Al-Monitor, “This phenomenon is widespread among the poor as they suffer from illiteracy, a deteriorating economic situation and high numbers of births and children. Child abuse is also prevalent among people who lack knowledge and awareness of the concept of human rights.”

He said, “Some parents or relatives of the children suffer from mental disorders, which can cause their behavior with the children. Other parents have a misconception of parenting, whereby they tend to abuse their children in order to teach them."

Intisar al-Jabouri, a member of the Committee for Women, Family and Childhood, told Al-Monitor, “The issue of domestic violence against women and children is not something new in Iraq but was not much under the spotlight before. However, social networking sites expose these violations, which helps find solutions. The abused are afraid to file a complaint with the police and turn to social media to voice their concerns.”

She added, “The law against domestic violence has been put on hold for years. We need an effective law to reduce the crimes and violations against children and women.”

Legal expert Tariq Harb told Al-Monitor, “There is an old law on penalties for domestic violence, whereby perpetrators of child abuse receive more severe punishments. The punishments vary according to the degree of the abuse, torture and the age of the child. However, this law is not implemented on a large enough scale to work as a deterrent to the offenders.”

He noted, “We have domestic violence courts and the Interior Ministry has its own offices, which are not very useful as the victims are afraid to file complaints about the violence and physical abuse they are subjected to.”

The Interior Ministry said that domestic violence cases are handled based on how damaging they are to the children. Community police officer Khaled al-Mehna told Al-Monitor, “We distinguish between acts of violence leading to disability or marks on the body, and torture that causes lasting injuries to the child.”

He said that the police cannot conduct home visits without a court order. One of the ministry’s departments is in charge of domestic violence cases and hands over abused children to social welfare centers in case it is no longer safe to leave them with their parents.

Mehna added, “Child abuse has been going on for years. Children are being trafficked by their parents, while others are burning their children's faces with acid and force them to beg in the streets.”

The videos on social media point to the intense brutality some children are subjected to, amid government silence and lack of legislation and deterrent measures to curb this disturbing phenomenon.