The Palestinian government is establishing a "new electricity market" that will draw power from various sources but will be supervised by a government-owned company. 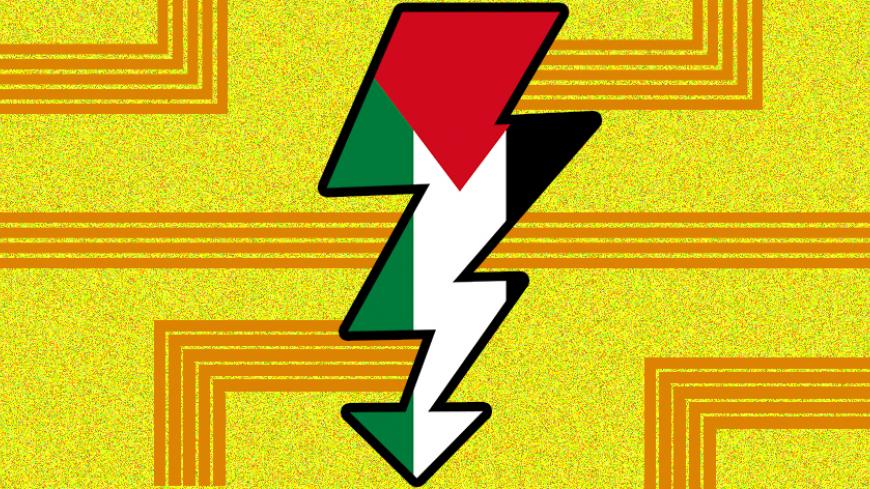 The new electricity market in Palestine will cut costs for citizens and lower the reliance on external aid. - Hugo Goodridge/Al Monitor

Hamdallah officially introduced the plan for the market at a March 22 news conference in Ramallah. He spoke before representatives of Norway, other donor countries and the Middle East Quartet. The international community's participation is of paramount importance, he noted, stressing the need for donors’ support. The plan is in line with the 2017-2022 National Policy Agenda, in which the energy sector is a top priority.

Hamdallah had launched that national agenda Feb. 22 in the presence of representatives of several international donors, such as Nickolay Mladenov, the United Nations special coordinator for the Middle East peace process, and Ralph Tarraf, the European Union representative to Palestine.

In September, to pave the way for the new electricity market, Palestinian Civil Affairs Minister Hussein al-Sheikh signed an agreement with the Israeli government under which the Palestinian Authority (PA) will be responsible for overseeing the commercial and operational administration of the Palestinian electricity sector in the West Bank. The PA also reached a comprehensive settlement of Palestinian accumulated outstanding debt to Israel Electric Corp., which had reached more than 2 billion shekels ($546.6 million).

Zafer Melhem, chairman of the Palestinian Energy and Natural Resources Authority (PENRA), told Al-Monitor that separating control of the electricity sector from Israel and launching operations at new substations will increase the supply to Palestinians and end the electricity shortage crisis.

He explained that distribution of electricity in Palestine is currently done through 258 connection and disconnection points, which are not connected to each other on one grid.

The new electricity market plan aims to provide a national grid to transmit electricity from various sources such as, perhaps, Israel, Jordan and four new electrical substations in the West Bank. The government began building the substations — which will constitute the backbone of the Palestinian electricity transmission system — in 2011.

The Ministry of Finance allocated $45 million to build the plants after it received a loan from the European Investment Bank.

Melhem noted the transmission grid will be managed by a national company wholly owned by the government, Palestinian Electricity Transmission Ltd., which will be able to manage and transmit energy to distribution companies supplying Palestinian households. This will be done through high-voltage substations — instead of the 258 connection and disconnection points deployed across the West Bank — which will allow the government to purchase more electricity at preferential prices 20% lower than current prices.

On Jan. 31, the government set the electricity tariff for citizens at 0.45 shekels per kilowatt-hour.

Regarding the financing, Melhem told Al-Monitor, “The Ministry of Finance secured $22 million for the construction of feeder lines going out from the substations and distribution grids, and $4 million in aid was obtained from the government of Norway and the World Bank to build the capacities of Palestinian Electricity Transmission Ltd., which will run the substations.”

PENRA is seeking to secure $36 million in assistance from donor countries to build the capacities of institutions operating in the electricity sector, complete the construction of feeder lines from substations and develop tariff-collection methods. The funding would help PENRA become more self-reliant, to sustain the effort.

“PENRA held a workshop March 22 to present its plan to the donors, who in turn formed a committee to hold talks with us, which are still ongoing," Melhem said. "The US, on the other hand, pledged to offer aid to cover the cost of software programs for the Palestinian Electricity Transmission Ltd. and to build its administrative, financial and auditing systems. The substations and the [company] will start operating by the end of 2018.”

Regulating the electricity sector in Gaza is not limited to developing transmission grids and building substations and charging points; it also depends on the construction of power-generation plants in the West Bank, such as one being built in Jenin. The foundation stone of the latter was laid Nov. 24. The plant’s production capacity will be 450 megawatts, and it will supply 40% of the electricity demand. Officials also are considering the construction of a new power plant in Hebron in the southern West Bank.

Citizens are looking forward to reduced costs — and especially greater supply to end the power outages in many Palestinian areas — especially during the peaks of summer heat and winter cold. The government will have to prove its ability to organize, operate and develop this sector. However, even if the government successfully manages the sector, it will not be free of the tight grip of Israel, which is seen as the main source of electricity in the West Bank and the Gaza Strip as well.