Under a recent deal reached between the Palestinian Authority and the state-owned Israel Electric Corp., Israel will no longer control electricity distribution to the West Bank. 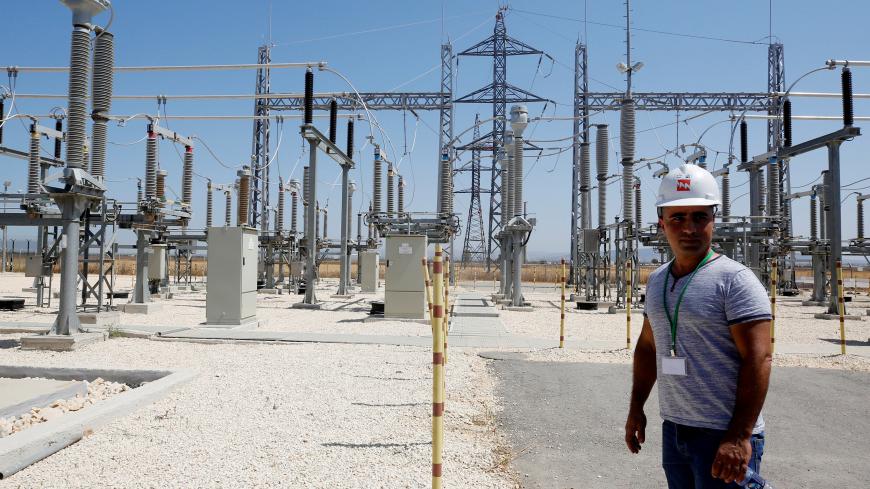 RAMALLAH, West Bank — Israel and the Palestinian Authority (PA) have reached a deal worth $775 million in which the PA will control delivery of electricity to the West Bank.

Under the 15-year agreement reached May 1, state-owned Israel Electric Corp. (IEC) will sell electricity wholesale to Palestinian Electricity Transmission Co. Ltd. (PETL) through four high-voltage power plants that will be built by the PA and IEC. PETL will own the plants and distribute electricity to the West Bank.

Israel has supplied the West Bank’s electricity since 1967 through private Palestinian distribution companies obtaining electricity from IEC directly, or through local municipalities via 250 Israeli-owned nodes affiliated with IEC.

Under the agreement, the PA will pay off a debt of 915 million Israeli shekels (about $255 million) to IEC.

The agreement was hailed by both Israeli and Palestinian officials. Hussein al-Sheikh, the head of the General Authority for Civil Affairs who oversaw the signing, said May 1, "The agreement will effectively free the electricity sector from the Israeli control that lasted for decades.”

Israeli Minister of Energy Yuval Steinitz stated May 1, “With this agreement, we can proceed with the Palestinians to build a modern electricity grid.” Steinitz was quoted on the official website of Israel’s Office of the Coordinator of Government Activities in the Territories.

ِAl-Jazeera reported May 1 that Shai Babad, the director general at the Israeli Ministry of Finance, stated, "This agreement ushers in a new reality in the sector of energy for the Palestinians, reduces restrictions on power supply, enhances economic stability and introduces a new era for economic relations between the two sides.”

Before the agreement, Israel supplied 97% of the West Bank’s electricity, and monthly consumption ranged from 170 billion shekels to 200 billion shekels ($47 million-$56 million), according to Zafer Melhem, PETL chairman and head of the Palestinian Energy and National Resources Authority.

Melhem, who signed the agreement, told Al-Monitor the deal came after three years of technical talks between the two sides.

Melhem said that pursuant to this agreement, four PETL-affiliated power stations will be built: a Jalamah station in Jenin, a Tarqumiyah station in the southern West Bank, Sarra in the north and a Ramallah station.

“Israel will supply electricity to these stations, which will handle distribution for Palestinians,” Melhem added. The project will include rehabilitating the transmission grid.

Melhem stressed that through this agreement, Palestinians seek to establish the three elements of any electrical system: generation, transmission and distribution. He added that the agreement will “enable the [Palestinian] government to invest in and construct modern electrical transmission grids and minimize reliance on Israelis regarding electrical supply."

He added, "This agreement will allow for energy-generating projects to be connected with the grids as well as with Palestine’s neighboring Arab countries such as Jordan and Egypt.”

The PA has been relying on Jordan to supply Jericho city with medium-pressure electricity. “There is a verbal understanding with Jordan to activate and expand this connection to include high-pressure [electricity], which would enable us to buy more energy from Jordan," he added. "The agreement gives us an opportunity to own a transmission and loading grid, which enables us to import electricity from any Jordan-connected country, such as Egypt or Iraq, or from GCC [Gulf Cooperation Council] countries.”

The Palestinian Energy and Natural Resources Authority is banking on the Jenin power station to generate 445 megawatts — 40% of the electrical consumption in the West Bank, according to Melhem — to minimize reliance on Israel. "We are conducting in-depth studies on constructing a new power station in Hebron, in the southern West Bank," he added.

The agreement doesn’t yet include the Gaza Strip despite the energy crisis there, Melhem said. “In order for us to take full charge of the electricity issue in Gaza, some financial regulations have to be imposed and the National Consensus Government should be allowed to operate," he said. “We need to have control over the electrical system in the Gaza Strip as well as financial liquidity. This won’t be possible without remedying the state of the Electricity Distribution Co. in Gaza and enforcing the laws and regulations of the West Bank.”

Hamas controls the company, so its financial transactions don't go through the Ramallah government.

The pact will be another factor toward reduced electrical pricing for Palestinians, as “electricity will be bought wholesale and per an agreed-upon rate,” Melhem said. “We are still having discussions with the Israelis over electricity prices, which will result in reducing their rates, but I can’t reveal any specifics."

Palestinians are hoping to be able to break the Israeli grip over the electricity sector and implement their own development plans for the next five years. As Melhem stated, “If things go as planned, we would have an expanded connection with Jordan and Egypt. We would also be able to establish a Palestinian power station to generate 40% of [the West Bank's] electricity, as well as a modern transmission grid that connects all Palestinian cities and communities.”

The Palestinian government said earlier this month it was optimistic about the newly struck agreement with Israel, though Palestinian officials still must make the plan a reality by taking charge of this issue outside of any Israeli influence.