By 2018, Upper Egypt will be home to Egypt’s largest and first-of-its-kind grid-connected solar power park. 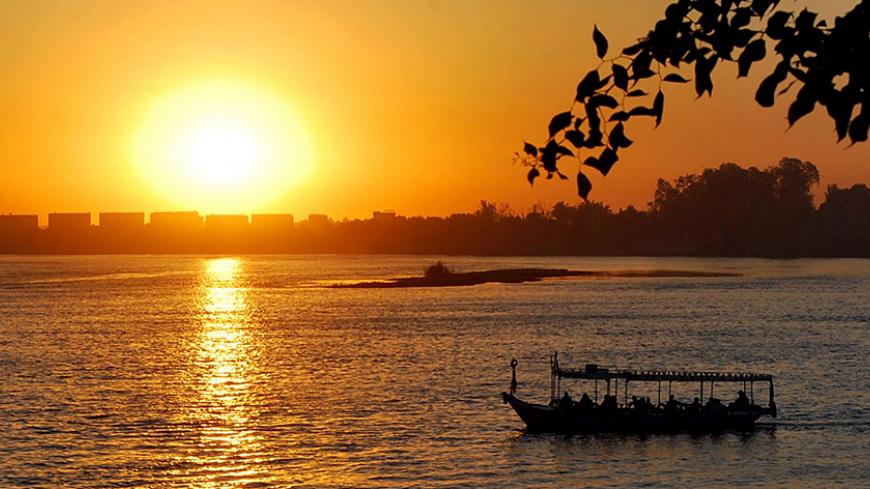 About 25 miles north of Egypt’s southern governorate of Aswan, dozens of workers are racing against time to complete the North African country’s largest and first-of-its-kind grid-connected solar power park.

The $3.5 billion project, which is located in Aswan’s village of Benban, consists of 41 solar power plants with a total capacity of 1.8 gigawatts. The project began in 2015 and will be completed by 2018.

“With the completion of this project, Aswan will become the country’s solar energy capital and will constitute a new energy basket in the Middle East region,” said Mohamed el-Husseini, the head of the Investment Unit in Aswan governorate and one of the supervisors of the project.

Husseini added that the project is expected to be one of the largest solar generation facilities in the world and would make a dramatic turnaround in the field of renewable energy in Egypt. “The Benban project will transform the country’s energy sector, fulfill energy self-sufficiency and solve Egypt’s power crunch for good,” Husseini told Al-Monitor.

The Benban solar development complex is built on an area of 14.4 square miles that was dedicated to the state-run New and Renewable Energy Authority (NREA) in accordance with a decree issued by President Abdel Fattah al-Sisi in 2014. The NREA divided the site into 41 separate plots and made them available to developers and companies to carry out individual projects.

Prior to construction, the NREA signed long-term usufruct agreements lasting for 25 years with the project companies. The 41 projects on the Benban site will be connected to the Egyptian high-voltage network through four new substations, which have already been established by the Egyptian Electricity Transmission Company.

These substations will be connected to an existing 220-kilovolt line that passes near the Benban site at a distance of approximately 7.5 miles.

Once the project is completed, the energy generated from the solar power plants will be directly connected to the national grid and then distributed across the country. Officials estimate the project’s generated power to equal 90% of the electricity generated by Egypt’s high dam.

Aswan's governor, Maj. Gen. Magdy Hegazi, said that Aswan has been chosen to host such a giant project due to its perfect solar location.

“With between 9 and 11 hours of sunshine per day and high temperatures reaching up to 55 Celsius degrees [131 F], Aswan offers excellent conditions for solar energy,” the governor said.

The government, Hegazi also noted, had agreed with companies operating in the project to give priority to the city’s inhabitants for employment.

Upper Egypt, which includes the city of Aswan, has the highest rates of unemployment and poverty in the country. According to a 2013 poverty indicator report released by the Central Agency for Public Mobilization and Statistics, Aswan ranked seventh in poverty in Upper Egypt with about 39% of its inhabitants living in poor conditions.

“We have also set up a committee to ensure that the majority of the project’s workers are from the people of Aswan,” the governor said.

A total of 39 local and international developers have been selected by the Egyptian government to start solar power plants in the area. The companies were chosen after they had met the first round of the government’s feed-in tariff requirements and strict deadlines.

According to a statement from ib vogt GmbH, “The Infinity 50 Solar Park will comprise a 64.1 MWp solar array over an area of 98.6 hectares with almost 200,000 solar panels mounted on a state-of-the-art horizontal tracking system.”

“Once operational, the plant is expected to produce over 110,000 MWh [megawatt hours] per year, equivalent to the electricity required to power almost 69,000 homes, while preventing over 1,293,000 trillion of CO2 emissions in the course of its 25-year lifetime.”

"We are very pleased to have secured this project and to have been one of the very few consortia able to successfully qualify for the landmark Egyptian round one program."

For years, Egypt has invested billions to accelerate the modernization and expansion of its power plant capacity and networks. Also, the country has recently been focusing on the expansion of renewable energy projects in order to meet increasing power demand, diversify the national energy mix and improve the environmental and climate footprint of the power sector.

The government has rolled out this scheme with the aim of securing 20% of its energy generation from renewable sources by 2022.

Under this scheme, state-owned transmission system operator Egyptian Electricity Transmission Company offers a long-term power purchase agreement with a price guarantee for 20 years (for wind) and 25 years (for solar). The NREA makes available, according to the program, multiple plots of land for usufruct arrangement, and each individual plant is expected to have its own contractual arrangements and be designed, developed, financed, constructed and operated as a standalone project.

“The sun is Egypt’s best safe haven amid lack of energy supply,” said Hani el-Nokrashy, a solar energy expert. “The country has to exploit to the maximum this privilege and use it to generate electricity and solve its power crisis,” the expert added.

Nokrashy also said that Egypt can then start to export solar energy to world countries and make huge revenues that give a push to the national economy. “This abandoned treasure has to finally be made use of,” he added.