In anticipation of the expected increase in employment opportunities in the solar and wind power sectors, the Egyptian government has launched training programs in renewable energy for students at technical schools in various governorates. 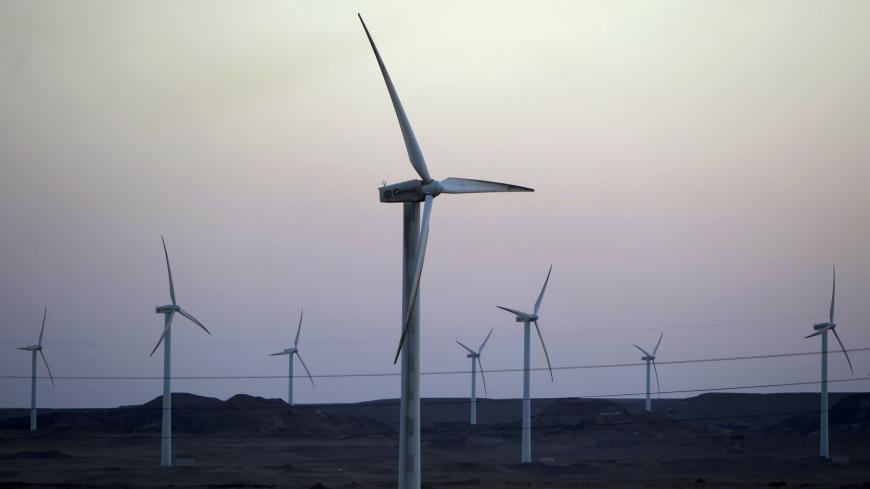 The Egyptian government launched this month a first-of-its-kind renewable energy curriculum at technical schools in the southern city of Aswan and the Red Sea resort town of Hurghada, to encourage students to specialize in renewable energy and to train them for jobs in the country’s growing solar and wind power sectors.

The three-year certificate program, which was developed by the Egyptian Ministry of Education and the US Agency for International Development (USAID), seeks to benefit over 300 technical school students. Now being piloted at two technical schools in Aswan and another one in Hurghada, the coursework will also be implemented in 57 schools in nine other governorates.

According to a USAID statement, the program includes “classroom instruction and hands-on, practical experience to produce technicians capable of immediately contributing to the renewable energy sector.”

Ahmed al-Geyoushi, the deputy minister of education for technical and vocational education and training, told local media that the program is part of the state’s plan to link technical education to the needs of the labor market by entering into partnerships with industrialists and investors and providing practical training opportunities for students. He also referred to a large renewable energy project now being carried out in Aswan and said investors in that project need at least 10,000 specialized technicians during the implementation and operation periods.

The USAID statement said the program will “provide skilled labor for power plants such as the Benban Solar Park in Aswan, where 40 solar stations will help Egypt’s increasing demand for electricity.”

The Aswan project, which has investments worth $3.5 billion, would generate a total capacity of 1.8 gigawatts. Its construction started in 2015 and the project is scheduled to be completed by 2018. Officials said the project’s generated power will be equal to 90% of the electricity generated by the Aswan High Dam.

“The choice of Aswan and Hurghada to start such a program is excellent because these two cities have the country’s longest sunrise durations and are two of the most suitable places to implement renewable energy projects,” Tarek Nour el-Deen, an education expert and former assistant to the education minister, said. He said the program would provide job opportunities for hundreds of young people in Hurghada and in Aswan, both of which have high unemployment rates.

“With Egypt moving ahead with an ambitious plan to start relying on renewable energy for power generation, having trained, well-educated workers is fundamental,” Nour el-Deen told Al-Monitor.

“The launch of this new curriculum could not be more timely,” USAID Egypt mission Director Sherry Carlin said during the launch of the program at the Benban Technical School, according to the USAID statement. “Employers like engineering companies and renewable energy firms need to hire people with skills and experience, and this new technical education program trains students to become skilled technicians who are qualified for these jobs."

Economists say that renewable energy projects can give a major push to Egypt’s economy, satisfy the country’s energy needs and reduce its imports. “Turning to renewable energy is the best solution in Egypt’s case with its strategic location, having strong sunrays throughout the year,” Ahmed el-Shami, an economist, told Al-Monitor.

He added that training young people to take up jobs in the renewable energy sector is “extremely crucial to ensure the success of these projects.”

In the past few years, Egypt has started to invest billions of dollars in order to modernize and expand its power plant networks. Also, the country has recently been moving ahead with several major renewable energy projects to meet increasing power demand, diversify its energy resources and reduce oil and gas imports.

According to figures released by the Ministry of Electricity and Renewable Energy, Egypt is aiming to secure 20% of its energy generation from renewable sources by 2022.

“In Egypt, there are no classes on renewable energy although the sector is growing rapidly all over the world,” Youssef Mostafa, a 13-year-old technical school student, told Al-Monitor. Mostafa said he hopes the curriculum is implemented in all schools nationwide in order to create a generation of young people aware of the importance of renewable energy.