Culture Minister Miri Regev is examining state funding of Israeli films with the intention of withholding support to productions she considers anti-Israeli. 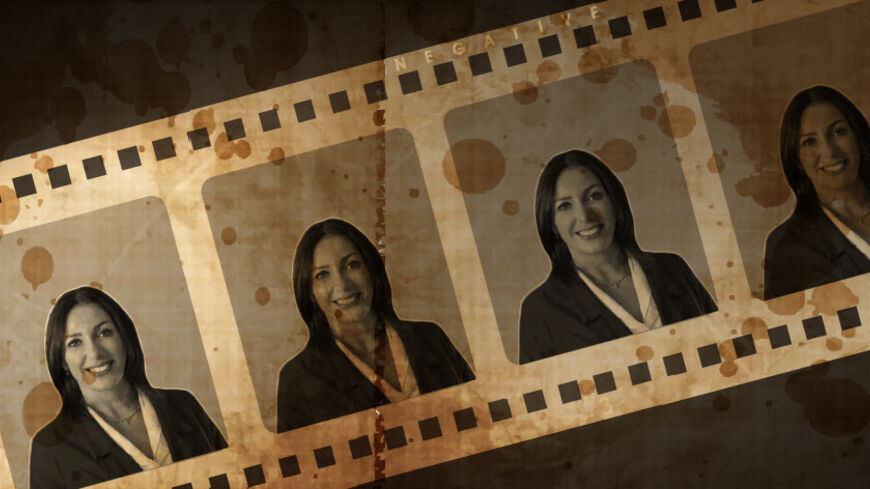 Israeli Culture Minister Miri Regev probably has not found the time to see “Mephisto,” adapted by Hillel Mittelpunkt and directed by Omri Nitzan, currently on stage at the Cameri Theater of Tel Aviv. The energetic minister is most likely too busy imposing economic sanctions on theaters and mounting attacks against the “leftist media.” In any case, anyone who boasts of never having read a Chekhov play is unlikely to have heard of Klaus Mann or seen the play based on his 1936 novel. “Mephisto” tells the story of Hendrik Hofgen, an actor who sells his soul to the Nazi regime to get ahead and is appointed the manager of the National Theater. The character is based on the real-life Gustaf Grundgen. “I’m just a normal actor,” Hofgen says, offering up one of the most charged lines of self-defense in theater history.

Regev and her boss, Prime Minister Benjamin Netanyahu, want Israeli playwrights along with producers of movie and TV documentaries to be just like Hofgen — submissive. The same goes for news editors and reporters. After all, public funding is effectively being used in the service of Israel’s creeping annexation of the occupied West Bank. Why should it not serve the annexation of the cultural sphere, too?

“It’s unacceptable that the communications minister doesn’t have any control,” Regev railed during a Cabinet debate last July on the future Public Broadcasting Corporation. “If we have no control, why should we give it money?” she asked. Indeed, why should it be any different from any other sphere controlled by government ministers?

Regev has long been threatening Israeli artists with an initiative that would transfer to her the Finance Ministry’s current authority to deny state funding to institutions that produce works that question Israel as a Jewish and democratic state or present Israel’s independence day as a day of mourning, or the Nakba, Arabic for “disaster,” as many Palestinians call it.

To make the point, Regev’s office froze her ministry's funding for the Arabic-language Al-Midan Theater in response to “A Parallel Time,” a play it presented that portrayed Walid Daka, convicted of terrorism in the murder of an Israeli soldier 21 years ago, as having carried out a legitimate act of opposition to the Israeli occupation. Regev’s message got through, and how. At the end of March, the Yehoshua Rabinovich Foundation for the Arts, one of the country’s leading film funders, which in turn is fully funded by the state, added a clause to its contracts with movie producers similar to a “loyalty law” that Regev is seeking authority to enforce.

The foundation’s director, Giora Eini, who introduced the new clause, is not a member of Netanyahu and Regev’s Likud, nor is he a friend of Regev. In fact, he has been a confidant of Labor Party Prime Ministers Yitzhak Rabin, Shimon Peres and Ehud Barak. To paraphrase Klaus Mann, Eini is “just a normal official” who was promptly rewarded. Regev wrote on her Facebook page that she had called Eini to congratulate him on his action. A committee she recently established to examine the activities of movie foundations, she wrote, “was designed, among other things, to ensure that all the foundations do exactly as Eini did.”

Regev is not satisfied with censoring movies and plays and supervising the work of foundation heads and producers. The Culture Ministry is now demanding that the movie foundations hand over information about lectors who discussed movie-funding proposals over the past five years and the reasons they gave for their decisions. The issue came up following the airing of “Megiddo,” a television documentary series that examines the lives of Arabs imprisoned by Israel on security-related offenses and their relationships with their jailers.

The New Fund for Cinema and TV, which helped produce “Megiddo,” was told to immediately supply information on the approval process. In a letter to a forum of bereaved families who have had relatives killed in terror attacks, Regev admitted that she had not watched the documentary, but promised that if it contains “offensive content,” she will withdraw all state budgets for the New Fund. “I stand by my belief that a distinction has to be made between freedom of funding and freedom of expression,” the minister wrote. “Anyone who wants state support would do well to protect its values and symbols.”

The anti-Semitic recommendation to “hit the Jew in his pocket,” espoused by some supporters of boycotts against Israel, is proving itself. The carrot and stick approach adopted by the government toward the theaters, in a bid to get them to stage their plays in Israeli settlements in the occupied territories, has pushed the Habima, Cameri and Gesher theaters and the Israeli Ballet to the West Bank settlement towns of Ariel and Kiryat Arba to entertain.

“The decision to perform for the first time in Hebron [Kiryat Arba] exemplifies the national theater's being a central pioneer in treating all citizens of the state as equal in their right to experience culture,” Regev crowed. The woman who has become a major boycotter herself lashed out, “[I'm] sorry to see elements in our land act as the lowliest of BDS [Boycott, Divestment, Sanctions] bullies.”

A March 22 threat by Regev to defund the municipal library in the suburban Tel Aviv town of Kiryat Ono convinced Mayor Israel Gal to cancel a planned speech at the library by the anti-occupation Breaking the Silence organization, sponsored by the left-wing Meretz. On April 4, only some 200 anti-settlement Peace Now activists attended a protest event held near the library. Several months prior, hundreds of activists demonstrated against the cancellation of another event planned by Breaking the Silence after a similar threat against the Barbour Gallery in Jerusalem. This is how Regev scrounges for more headlines and a few more votes from Likud supporters ahead of the party primaries. This is how she adds a bit more fuel to the fire that the right-wing Netanyahu government is using to burn Israeli democracy on the altar of the occupation.

Habima actor Shlomi Bertonov, who refused to appear at Kiryat Arba, told Haaretz in November that he knew he would pay a price for his intransigence. “It will come back to bite me, for sure,” he said. “But that’s OK, I stand behind this 100%.”

History shows that most people, even justice-seeking artists with morals, eventually give in to threats to their bread and butter. The role of Hofgen in “Mephisto” is played by Itay Tiran, one of Israel’s best-known actors. Tiran has long refused to go onstage in the occupied territories.