Where is Israel's place in US-Russia struggle?

Israel has a golden opportunity to cement a global anti-jihad alliance with the United States and pragmatic Sunni states as Russia continues to side with Iran. 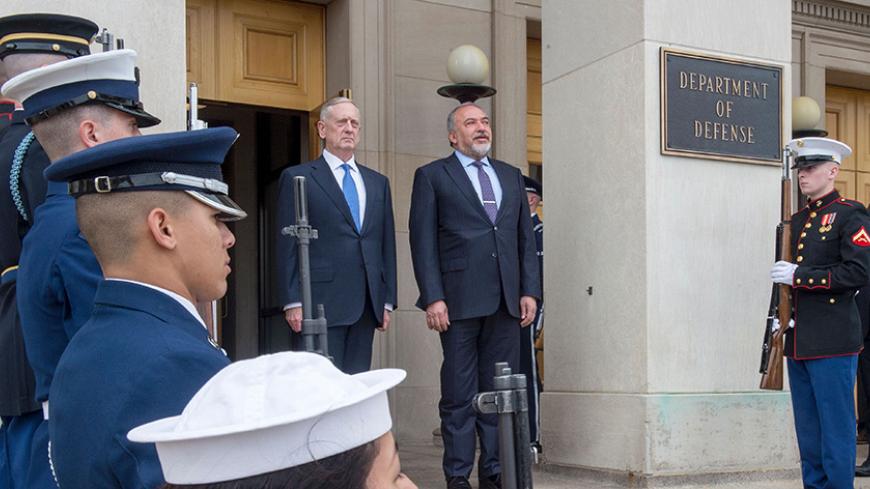 Israel and US Defense Secretary James Mattis have a dangerous mutual enemy. Five years ago, when he headed the US Central Command, Mattis said of the three most pressing problems for the United States in the Middle East, “Number one Iran. Number two Iran. Number three Iran.” In February, the Marine general said that Iran is the “biggest state sponsor of terrorism in the world.” “Mad Dog” Mattis also criticized President Barack Obama for going along with the nuclear agreement with Iran.

At a February meeting in Munich with Israeli Defense Minister Avigdor Liberman, the two agreed on the need to form a broad international coalition against the axis consisting of Iran — which is pulling the strings of the Shiite Hezbollah organization in Lebanon — and the regimes in Syria and North Korea. Liberman urged Mattis to be active in the Middle East.

Several weeks later, on March 9, it was Russian President Vladimir Putin’s turn to be briefed by Israel on the perils of Iran. Prime Minister Benjamin Netanyahu came to Moscow to remind his hosts that Iran is carrying on the legacy of ancient Persia, which 2,500 years ago sought to annihilate the Jewish people. According to Netanyahu, radical Shiism not only threatens Israel but endangers the entire region and even world peace. Netanyahu told reporters that Israel is adamantly opposed to leaving any presence of “Iran and its proxies” in Syria as part of an overall agreement on ending the civil war there. The prime minister said he was certain “the message had sunk in.”

In Jerusalem, it was assumed at the time that Donald Trump’s election victory in the United States would end the Russian-Iranian love affair that developed during Obama’s presidency. The compliments Trump paid Putin during his election campaign led to hope that Iranian Foreign Minister Mohammad Javad Zarif would not be able to repeat the comments he made in Moscow in October 2016: At the end of the summit meeting of the foreign ministers of Russia, Iran and Syria, he said that relations between Syria, Iran and Russia were at their peak.

But hope that Trump’s special relationships with Putin and Netanyahu would form the basis of an anti-Iran coalition was shattered on April 14, when Russian Foreign Minister Sergey Lavrov met in Moscow with his Iranian counterpart and his Syrian protege, Foreign Minister Walid Moallem, to demonstrate a united front vis-a-vis the United States and condemn the American missile attack in Syria.

Israel is just a bit player in the renewed struggle between Russia and the United States over spheres of control and influence around the world. Just as it did during the Cold War in the 1960s, Syria serves as a jumping-off point for the Middle East.

Contrary to what Netanyahu told reporters in Moscow, Putin has no problem sharing the pie with Iran, including the whipped cream on top — control of the Syrian ports of Latakia and Tartus. By the same token, Netanyahu’s position that Hamas is a terror organization seeking to annihilate Israel did not prevent Putin from rolling out the red carpet earlier this year for the deputy head of Hamas' political bureau, Mousa Abu Marzouk.

Mattis had no illusions about Moscow. At his Senate confirmation hearing March 5, he said, “Right now the most important thing is that we recognize the reality of what we deal with [in] Mr. Putin. We recognize that he is trying to break the North Atlantic alliance.” He remarked that the United States needs to mobilize its allies to create a deterrent for Russia and to prepare itself militarily, economically and diplomatically for a possible clash with the Russian Federation.

The effort to block Russia is what brought Mattis to the Middle East. In an April 18 briefing to reporters on his plane, Mattis was effusive in his praise for the longstanding US alliance with Saudi Arabia, which he described as a "pillar of our security framework for the region and for American interests.” Saudi Arabia is also the pillar of the 2002 Arab Peace Initiative, designed to serve as a framework for an Israeli-Arab front against Islamist radicalism led by Iran under Russian auspices. A basic condition for such a coalition is the establishment of a viable Palestinian state alongside Israel. To advance toward such a goal, the Arab League member states — led by the Saudis — are demanding that Israel freeze its West Bank settlement enterprise.

Mattis makes no bones about his views on the Israeli-Arab conflict. In a 2013 address in Colorado, he said that as the head of CentCom he was constantly aware that the United States was paying a price for its support of Israel. Mattis was sharply critical of Israel’s settlements, which he said were turning it into an apartheid state and undermining the prospects of a two-state solution. At his Senate confirmation hearing in January this year, Mattis said he desires to see peace in the Middle East, and in answer to a question about his views on a two-state solution, he answered, “If there’s any other solution, I’d be happy to hear what it is.” He also said that Tel Aviv is Israel’s capital.

Mattis’ aspirations to form a coalition against Iran and its allies and Trump’s desire to make a grand deal in the Middle East offer Netanyahu an opportunity the importance of which cannot be overstated. Nor can the cost of missing it be exaggerated. Given the realignment we are witnessing of the world’s powers, establishing a coalition between Israel and the Sunni Arab world against the “Shiite Crescent” and global jihad is more crucial than ever. It would make it hard for Iran’s proxies — Syria and Hezbollah — to act against Israel from its northern border. Hamas and the other Palestinian rejectionist organizations in the Gaza Strip and the West Bank would be isolated and thrown into a struggle for survival. In addition, the Arab world might be receptive to Israel’s demand to exclude the Golan Heights from any peace formulation.

If there’s a common denominator that transcends all the disputes between the United States and Russia, it is the belief in the need to resolve the Arab-Israeli conflict that was fanned by their Cold War. For a change, Israel can show these two powers the road to peace.