Although Iranian President Hassan Rouhani's visit to Moscow resulted in his signing numerous cooperation agreements, the main purpose may have been less about substance and more about show. 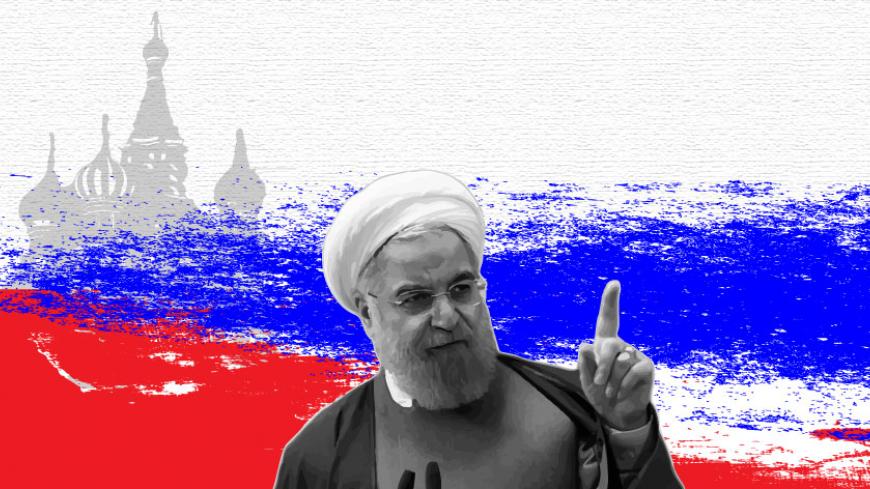 The Russian media portrayed the visit by Iranian President Hassan Rouhani to Moscow March 27-28 as a big deal. Russian President Vladimir Putin and his Iranian counterpart discussed numerous issues, ranging from international conflicts to culture, signed 16 cooperation agreements and declared an unprecedented increase in bilateral trade as the pivotal indicator of their successful relations. Analysts were largely optimistic about the meeting, forecasting a bright future for the Moscow-Tehran alliance, or at least a credible effort. The real reasons for the meeting between the two leaders, who could have settled issues without a high-ranking official display, lies offstage. One reason was Rouhani’s desire to make his last official trip before presidential elections a memorable and high-profile visit.

Any suggestion of possible Russian interference in Iran's May 19 presidential election with the aim of installing a more desirable, conservative candidate is likely a conspiracy theory. What should be considered, however, is how Rouhani's Moscow visit serves the aims of his re-election campaign. Indeed, he is the person whose name is attached to the decision to invest in improving Iran’s relationship with the West. As hopes of continuing on this path began to fade with the election of Donald Trump as US president, followed by Trump's executive orders on travel affecting Iranians, Rouhani felt the need to publicly demonstrate good relations in another area of his administration's foreign policy. Today in Iran, domestic issues are being overshadowed by discussion of Trump’s victory and its consequences for Iran and not least the threat of the Islamic State.

Essentially, with the list of presidential candidates unknown until April 11, when registration begins, it is hard to make credible predictions about the result. Rouhani already feels the need, however, to counter the criticisms being lodged against his administration for its policy outcomes. Conservative media did not decry his “pro-Russian effort.” Although the visit was more gesture than substance, it was in line with the preferences of some in the Iranian government and society who are skeptical about improving relationships with the West.

Despite the Joint Comprehensive Plan of Action (JCPOA) resulting in visits by Western delegations, foreign investment in Iran and the economy remain sluggish, providing an opening for conservatives to sharply attack the “sheikh of diplomacy” and his team, whom they portray as practically having betrayed Iran's revolutionary ideals. They will not hesitate to claim that Rouhani has basically done nothing or has actually made matters worse by sacrificing national dignity in agreeing with the six world powers to the JCPOA. Among such voices are former Islamic Republic of Iran Broadcasting Director Ezatollah Zarghami, who has already announced his intention to run for the presidency, and former President Mahmoud Ahmadinejad, who has aggressively critiqued the 11th government, has attacked Rouhani personally, tagging his Instagram posts #margbarrouhani (Down with Rouhani), and supports Hamid Baghaei’s candidacy for the presidency.

The theory that Putin will try to bolster a conservative as the "Kremlin's candidate" in the election is belied by an important contradiction. Proponents of the theory cite the supposed 70% increase in bilateral trade between Russia and Iran from 2015 to 2016 as an incentive, but bilateral trade reached its lowest level at the end of the 10th government, headed by Ahmadinejad. Should it be in Russia's interest to secure expanding economic ties with Iran, Moscow's support for the conservative camp would not necessarily point toward that path.

To be fair, however, the figure of a 70% increase is itself dubious. The Iranian sources referring to it have either lifted it from Putin’s opening remarks at his meeting with Rouhani or from a statement by Russian Energy Minister Alexander Novak in February. Either way, they did so without corroborating official Iranian data, which does not confirm such success. As the Russian analyst Igor Pankratenko has rightfully noted, the difference in trade between 2015 and 2016, using the cited figures of $710 million and $1 billion, respectively, can be calculated as 70% growth only if the latter figure includes unfinished business. Even if the purpose is to emphasize the strategic character of the trade relationship between the two countries, the numbers are nowhere comparable to those Russia has with Turkey, the United Arab Emirates or South Korea.

Some Iranian media outlets referred to Reuters quoting energy expert Reza Mostafavi Tabatabaei, who suggested that the purpose of Rouhani’s visit had been to try to cut some sort of oil-related deal and secure arms from Moscow to prove to his opponents and to the general public that realization of the JCPOA had yielded results. Indeed, it may take some time for Western companies, such as France's Total, to conclude that it is safe for them and their subsidiaries to enter the Iranian market. Meanwhile, meeting with the Russian president could improve the prospects of cutting a deal in the near future, the fastest possible channel for achieving large-scale goals.

A joint statement by Rouhani and Putin said that “special attention” had been paid to broadening cooperation on oil and gas in various areas. The heads of oil companies were not, however, present at the meetings, meaning that even if there was movement to secure Russian investment in Iran's energy sector, it held more political than technical weight.

“We are moving to strategic relations,” Rouhani said optimistically in Moscow. It might well be the case if Moscow and Tehran set time frames for their projects and focus the relationship, namely, define the relationship as devoted to military and security issues, because that is where the interest and understanding of both parties lie.

Rouhani’s team in place in Moscow has put great effort into expanding bilateral relations. Yet it remains to be seen how internal factors, such as Iran's upcoming presidential election, or external events, such as shifting winds in the international system, affect these relations. In going to Moscow, Rouhani simply seemed to be taking care of a pre-election chore — it was his ninth meeting with Putin in four years — and decorating it with the word “strategic” for effect.