Iran’s President Hassan Rouhani is in Moscow for his first official visit to Russia. 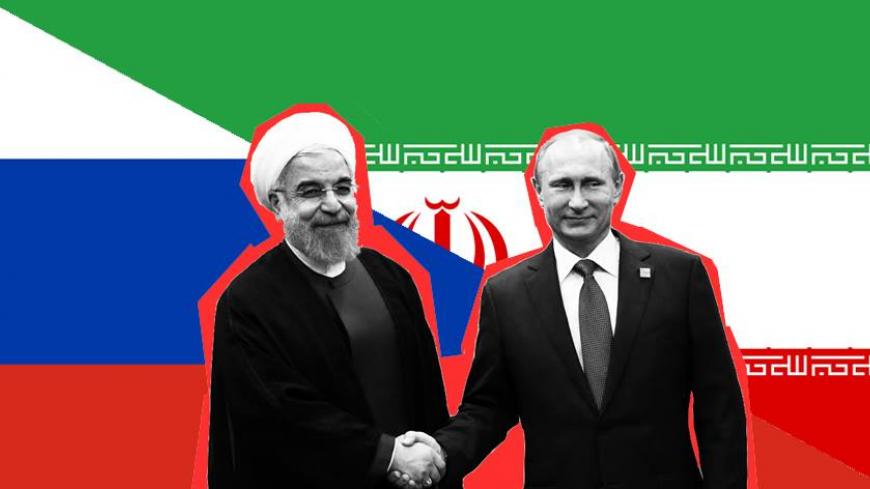 Iranian President Hassan Rouhani is on an official two-day visit to Moscow to meet with his Russian counterpart Vladimir Putin. - Hugo Goodridge, adapted from FACEBOOK/PresRouhani

Iranian President Hassan Rouhani is on an official two-day visit to Moscow, meeting with his Russian counterpart Vladimir Putin to discuss a range of bilateral and regional issues. The trip is taking place during one of the most important periods in Iran and Russia's relationship, with the Syrian crisis having become a showcase of the growing partnership between the two countries. The overall cordial relationship aside, the true significance of Rouhani’s visit can best be understood by taking into account five key points.

First and foremost, it should be noted that it is Rouhani's first official visit to Moscow, and technically it is the first time the two leaders will meet within a purely bilateral framework. Although it is the ninth time Putin and Rouhani will have met face to face, their previous meetings were held either on the sidelines of international events, such as the UN General Assembly meeting, or in the context of multilateral initiatives. The last time they met was on Aug. 8, 2016, when they joined their Azerbaijani counterpart Ilham Aliyev for a trilateral summit in Baku. Putin’s only visit to Tehran during the past 10 years took place on Nov. 23, 2015, for a summit of the Gas Exporting Countries Forum.

Second, the visit takes place as the regional partnership between the two countries with a focus on Syria has entered a new phase after Iran was officially named alongside Russia and Turkey as one of the guarantors of the Syrian cease-fire. After the recent round of Syria talks in Kazakhstan on March 15, Russia's envoy to Syria Alexander Lavrentiev said that Iran had signed a document to this effect. Four days later, Iran sent an official note to the UN Security Council requesting that its status as one of the three guarantors of the cease-fire be recognized. While there had been suspicions in Iran regarding Russia’s long-term plans for Syria, the move has ushered in a new and more solid phase of the Iran-Russia partnership, and in this vein, Rouhani’s visit could help the two countries devise a road map for their future steps in Syria.

The third point is that Rouhani’s trip could reinvigorate the trilateral Iranian-Russian-Turkish axis on Syria and increase its significance. Although some high-ranking Turkish officials' recently adopted anti-Iranian positions soured Iran-Turkey relations, Ankara’s unprecedented and growing rift with some European Union member states has overshadowed the conflict with a more urgent challenge for Turkey than its regional competition with Iran. As Ankara is anticipated to once again look to the East to balance its deteriorating relations with the West, it is possible that Moscow will try to seize the opportunity to compel Iran and Turkey to come together, with Moscow as the centerpiece, leading to more coordinated efforts by the three countries to resolve the Syrian crisis.

Fourth, through his visit to Moscow, Rouhani could build on the evolving US factor in Russia’s foreign policy equations to influence Russian views of Iran. Since Donald Trump was elected president of the United States, there have been concerns in Iranian circles that in the shadow of Trump’s stated desire to improve relations with Russia, Moscow might sell Iran out and start coordinating its Middle East plans with the Americans. However, it has becoming clear that even if Trump is serious about rapprochement with Russia, he will face severe pushback at home, as reflected in the Trump administration’s harsh positions on Crimea and also the forced resignation of former National Security Adviser Michael Flynn over his alleged links with the Russians. Thus, the Moscow-Washington relationship is unlikely to thaw. Rather, Russia will likely continue its strategy of forging or empowering partnerships around the world geared toward counterbalancing the West. As such, in the Middle East, Iran will still remain a main pillar of Russia’s partnership plans.

Last, but certainly not least, Rouhani’s visit takes place just a few months before Iran’s May 19 presidential elections. During past months and especially after the US presidential vote, in which Russia is accused of interference, speculation has been raised by some Iranian media outlets that Moscow will try to meddle in the Iranian polls, too. The argument is that Russia is dissatisfied with Rouhani’s diplomatic opening to the West and prefers a conservative, more anti-Western Iranian president. The speculation has forced Russia’s ambassador to Iran, Levan Dzhagaryan, to formally deny the allegations against Moscow. With less than two months left before the Iranian presidential elections, Putin’s meeting with Rouhani could help Moscow put an end to — or at least decrease — the intensity of Iranian suspicions about Russia’s view of the Iranian elections.

All in all, though the close relationship between Iran and Russia is not dependent on specific administrations being in power in either country, and has been so far been on a rather stable path, the current state of affairs in both countries has assigned a greater degree of importance to Rouhani’s visit to Moscow.