As Russia’s and Iran’s foreign policies become congruent, Russia looks to Iran’s 2017 elections for clues into their future relationship. 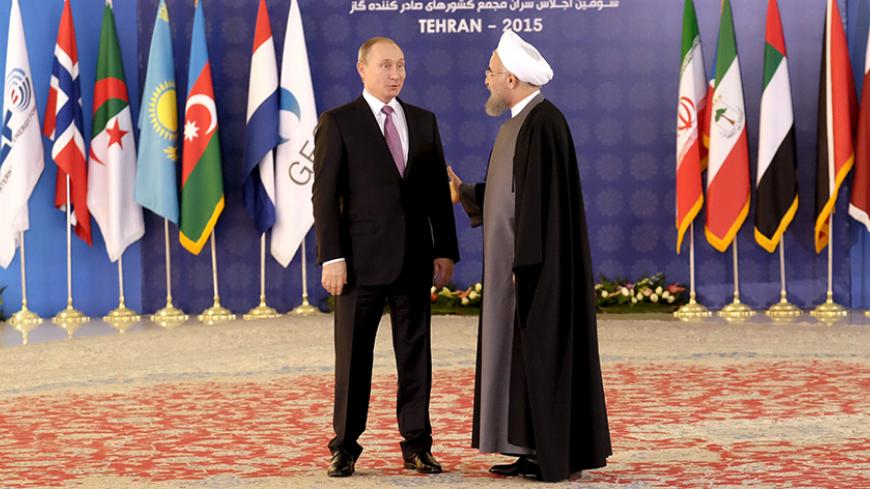 On Nov. 29, Iranian President Hassan Rouhani and Russian President Vladimir Putin had a phone conversation during which Rouhani noted that cooperation between Moscow and Tehran in fighting terrorism in Syria “had a historic effect” on regional stability. The conversation came a few days after the announcement that Tehran is considering the possibility of letting Moscow use its Hamadan Air Base, which could further boost cooperation between the two states.

Meanwhile, given the history, geopolitics and the current state of the relationship, Russia is particularly watchful of the forthcoming presidential election in Iran. The election may have significant implications for the Middle East and beyond. However, it wouldn’t be an overestimation to argue that for Moscow, the 2017 Iranian election means a lot more than previous elections, as the foreign policies of the two countries are more congruent than in the past.

Forecasting election results in Iran at this stage is a difficult task for local experts, let alone Russian ones. What makes any forecasts particularly challenging is that in the absence of a formal party structure in Iran, virtually any independent candidate may come on the scene. Moreover, the division between the two outstanding political streams in Iran — those that crowd around the Combatant Clergy Association (Jame-ye Rouhaniyat-e Mobarez) and the Reformists represented by a number of political groups, such as the Association of Combatant Clergy (Majma-e Rouhaniyun-e Mobarez) — is blurred. The process of regrouping in Iranian politics began with the appearance of Mahmoud Ahmadinejad in 2005. Despite the fact that the former president was supported by the Combatant Clergy Association, he neither acknowledged the dominance of this group nor its leaders — high-ranking people in the Islamic Republic. Yet at the same time, his rebellious behavior was one of the main reasons of his success at the ballot box.

Even Rouhani, who is said to belong to the Combatant Clergy Association, competed for the presidency on the independent basis with the slogan “Prudence and Hope.”

Today, however, analysts — including those in Russia — are dealing with a more complicated political environment in Iran: Old political factions are barely offering a fresh agenda, and the need for a new discourse is desperately sensed.

Against this backdrop, Russian analysts are trying to foresee what the possible outcomes will mean for Moscow’s relationship with Tehran. There are two important issues to consider. First, Iran’s motivation to preserve a good relationship with Moscow is to a certain extent independent of the single variable (the president) and is tied to the structural variable (the political conditions of the regional and international scene). Second, the president of the Islamic Republic is not the only figure who can make strategic decisions about things like Russia-Iran cooperation in Syria.

The first aspect is believed to emanate from the historical experience of Iran, as its own security is directly affected by the regional environment. Thus, through the course of its history, Tehran attempted to create various coalitions to counter external threats. The recent cooperation with Russia in Syria reflects this trend. On the other hand, cooperation with Russia — a big military power with a veto vote at the UN Security Council — may be seen on all accounts as a wise and long-term strategy, as Russia’s recent foreign policy is emphatically independent from the West.

The second aspect is attributed to the decision-making processes in Iran’s politics. In military and security issues, especially those on transborder operations, the president’s opinion is more of a consultative one. The remarks of Deputy Speaker of Parliament Masoud Pezeshkian on Russia’s use of Hamedan Air Base is an example of such a power configuration. Pezeshkian denounced accusations about the parliament not having held a special session to discuss cooperation with Russia saying, “Political and security matters of this kind are more related to the supreme leader and Security Council, rather than to the parliament. There is no way for such actions to be taken without rahbar’s [the supreme leader’s] permission.” So in all of this, experts can conclude that regardless of the outcome in May 2017, the general orientation of Tehran vis-a-vis cooperation with Moscow will be maintained.

Nevertheless, Iran’s acting government has its own share of influence on foreign policy, like Rouhani’s administration favoring the rebuilding of the relationship with the West. Therefore, amidst abundant talk of Russia-Iran cooperation in security, other areas of cooperation are currently lacking substance. For instance, in 2009-2010 during Ahmadinejad’s presidency, the total trade balance between the two states was $1.216 billion, while in 2015-2016 under Rouhani the numbers decreased to $842 million. And although this drop is not the sole result of Rouhani’s inclination toward the West, it had its impact. Most likely, both sides did not make enough effort to mitigate custom limitations to bilateral trade — even at the time when oil prices were high — as well as to ease financial interactions after 2012 (with regard to Iran’s disconnection from SWIFT, in particular).

Therefore, at this stage, different aspects of Tehran’s relationship with Moscow should be considered.

First, it can be presumed that as long as Russia maintains its competitive relationship with the United States over influence in the Middle East, and as long as Moscow strives to provide better security to the region — as Tehran sees it — Iran will do its best to keep and empower this bilateral relationship.

Second, the rise to power of personalities from the principlist camp — independents such as Ezzatollah Zarghami, Mohammad Bagher Ghalibaf, Gholam Ali Haddad-Adel, Mohammad Reza Bahonar, Ahmad Tavakoli or sympathizers of the Steadfast Front (Jebhe-ye Paydari) or YEKTA Front such as Kamran Bagheri-Lankarani, Parviz Fattah and Saeed Jalili — might benefit Russia, as the new administration would be leaning in the opposite direction of the “government of prudence and hope.” On the opposite side, the rise of the Reformists like Mohammad Reza Aref or moderates like Mohammad Javad Zarif are likely to tilt the balance toward the West.

The general feeling in Moscow is that any outcome of this election will most likely keep the relationship within the paradigm of what came to be known in the Russian school of Iranian studies as an “alert partnership,” unless the parties decide to take revolutionary measures to change the trend and turn it into a strategic one.

Vahid Hosseinzadeh contributed to this story from Moscow.