Ebrahim Raisi has been depicted as the Iranian supreme leader's candidate in both Western and Iranian media — but does Ayatollah Ali Khamenei really have a preference? 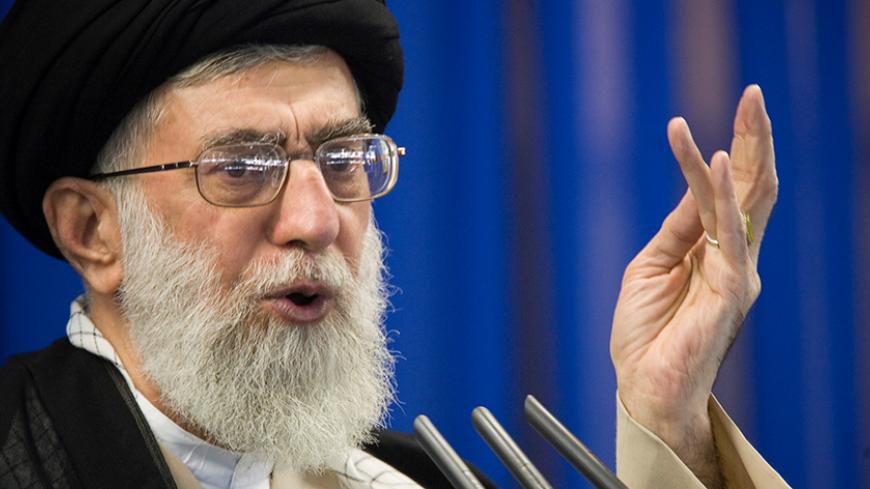 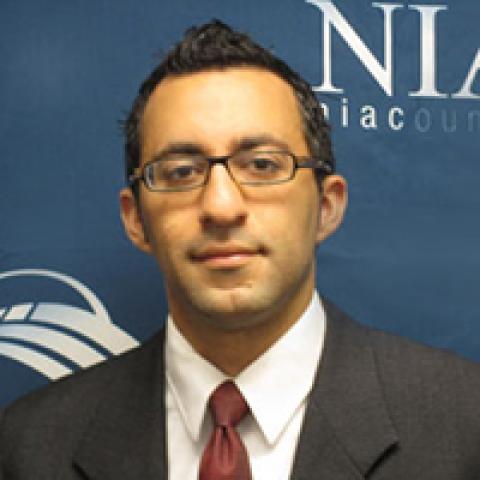 As Iran's presidential campaigns kick off, some headlines in Tehran and abroad have increasingly zeroed in on a recurring theme: Supreme Leader Ayatollah Ali Khamenei has a preferred candidate. However, while Khamenei's conservative political proclivities are well-known, they do not always mean him tipping the electoral scales in favor of hard-line contenders. In fact, a different trend is emerging during this election cycle, much like it did in 2013: Underdogs trying to use the idea of being Khamenei's preferred candidate to their benefit while vying for victory at the ballot box.

In the run-up to Iran’s 2013 election, there was much talk in Western media regarding the supreme leader's supposed preferred candidate, Saeed Jalili. Some pundits called him "the anointed one." Numerous US government officials asked me about Jalili's "frontrunner status" as a result of "Khamenei’s support." This year, a similar dynamic is emerging around the candidacy of Ebrahim Raisi. This begs the question: How do relatively unknown bureaucrats with no national profile and no executive experience inside Iran manage to cultivate this reputation outside the country during the short campaign season?

Rather than Khamenei or the political establishment selecting a favorite among the 2013 contenders, it was Jalili who used Western media to portray himself as the supreme leader's preferred candidate. Indeed, Jalili announced his candidacy during a CNN interview in Istanbul. Moreover, on the same day that he was approved to run, Jalili gave an interview to the Christian Science Monitor in which he was declared the frontrunner. Western media and pundits ran with Jalili's self-serving depiction as Khamenei's man, which was reported back into Iran via hard-line media as fact — citing Western news coverage as evidence.

But seeking to avoid a repeat of Iran's 2009 presidential election and the ensuing instability, Khamenei seemingly stayed above the fray in 2013. Perhaps pushing back against Jalili's efforts to appropriate his image and sell it to voters, Khamenei bluntly stated in a speech, "I do not favor anybody. From this moment onward, foreign media will say with ulterior motives that I favor a particular candidate. This is a lie. I do not favor anybody."

Contrary to Jalili's depiction, Khamenei emphasized the correlation between voter turnout and legitimacy of the political establishment by saying, "My first and foremost recommendation is participation through the ballot box. This is more important than everything else. It is possible that some people do not want to support the Islamic Republic for any reason, but in any way they would like to support their country. Therefore, these people should go to ballot boxes as well." In the end, Jalili lost — receiving only 11.8% of the vote.

Fast-forward one week into the 2017 campaign, and Raisi is in the initial stages of utilizing Jalili's 2013 playbook. The primary drivers of his campaign thus far are Western and hard-line media outlets, as well as Western pundits who call him "Khamenei's pick to safeguard the Republic of Virtue." All of this begs a second question: Why is Raisi following the same failed strategy that Jalili pursued four years ago?

Like Jalili before him, Raisi does not have an independent base of support. With Khamenei once again pushing for high turnout and claiming he doesn't favor any candidate, this makes it even more challenging for Raisi to cobble together enough votes to win. Thus, portraying himself as Khamenei's preferred candidate is his most probable path toward securing a viable support base from which to grow his candidacy. But will that alone be enough to win? If past is prologue, the answer is likely no.

It is an uphill climb for conservative presidential candidates when turnout approaches 70% — and according to a recent poll, approximately 45% of Iranians don't know who Raisi is. He is almost certainly aware of all this, which may explain what appears to be the second part of his strategy.

Knowing that Khamenei-centric voters alone are unlikely to secure victory, Raisi has started to build off that group by also utilizing former President Mahmoud Ahmadinejad's base: ultraconservative, economically disillusioned and anti-establishment voters. To that end, many similarities are emerging between Raisi's campaign and Ahmadinejad’s presidency — from advisers and supporters, to populist policies and rhetoric.

It's too early to know if this gamble will work, and it could produce a variety of outcomes — enlarge Raisi's voting bloc, destroy his support among Khamenei-centric voters, mobilize voters to cast anti-Raisi ballots for Rouhani, or a combination of the latter two scenarios. If Raisi is the only hard-liner left in the race on election day, it is less likely that his association with Ahmadinejad's cohort will damage his depiction as the supreme leader's preferred candidate.

Between now and May 19, Raisi will likely bank on his self-serving portrayal as Khamenei's man, receiving a boost from American "hard-liners" by virtue of their disposition: Only the supreme leader's ballot counts, and the other 55 million eligible voters in Iran do not matter. That's why Iranian hard-liners intentionally target their American counterparts — their only bet is to have the "true believers" come out in droves for "Khamenei's preferred candidate" — and for others to stay home. Short of that, it will be difficult for hard-liners to produce a candidate who can surpass Rouhani's 18.6 million votes in 2013.

Trying to predict Iranian politics can be a humbling experience. Many presidential elections in the past produced surprises and upsets: 1997 (Mohammad Khatami), 2005 (Ahmadinejad), 2009 (pandemonium) and 2013 (Rouhani). Anything can happen, and Khamenei may very well prefer Raisi to be president — even though there is no definitive evidence so far to prove that assertion. Unless that changes, it is more instructive to focus on how and why Raisi is posturing to fit that description.