How Iraqis view Iran’s influence in their country 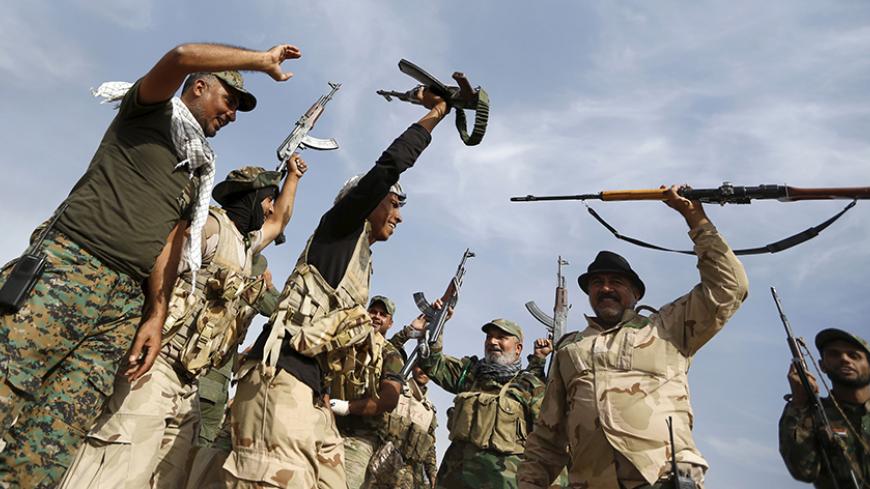 Iran has a growing military presence across the region, from Iraq and Syria to Lebanon and Yemen, via local militias that are proxies of the Iranian regime. This has divided local societies over whether that presence protects their interests or simply the national interests of Iran itself.

Official Iranian propaganda claims that Iranian efforts in the region serve the interest of the region's peoples and that Tehran has no ambition to spread its clout beyond its own borders. But from time to time, Iranian officials reveal other intentions.

In a meeting with Iraqi Prime Minister Haider al-Abadi on April 24, the new Iranian ambassador to Baghdad, Iraj Masjedi, spoke of his country’s “support for the Iraqi government and for the strength of the Iraqi state,” implying that Iran’s role is simply one of support without any intentions linked to Iranian national interests.

However, this is seemingly contradicted by Bagheri's statement, “The Revolutionary Guard has enabled the Islamic Republic of Iran’s deterrent forces and defensive capabilities to operate beyond Iran’s geographical boundaries.”

Bagheri's comments clearly show that Iran has a national agenda behind its regional presence and that its actions are intended to help spread its influence beyond its borders. Iran argues that imperial powers are hostile to the Islamic region as a whole, and that Iran is the center of that region because it is more Islamic than other regional countries. Under this line of thinking, it is natural for Iran to embark on battles beyond its borders to protect its interests, which are seen as Islamic interests.

On April 25, Iranian Supreme Leader Ayatollah Ali Khamenei told Iranian officials and ambassadors from Islamic countries, “The founding of a terrorist group in the name of Islam has spread discord and division among Islamic countries, especially in Iraq, Syria, Bahrain and Yemen. This is all the result of oppressive and ugly American and Zionist plots to wage war on Islam, but the oppressors in this world are more hostile to the Islamic Republic of Iran than to any other country because Iran is more Islamic.”

His statement reveals an arrogance in the Iranian view of the region’s peoples. Priority is constantly given to Iran over other Muslim-majority states, because the republic is seen as “more Islamic.” Official Iranian discourse says as much: The founder of the Islamic Republic, Ayatollah Ruhollah Khomeini, saw the Islamic world as a single but fragmented nation and Iran as “mother of the villages of Islam” — that is to say, the central foundation of the Islamic nation. That means that just as Mecca was the original source of Islam, Iran has become the religion’s center and reference point. Khomeini sees Iranian Islam as the original “Muhammadan Islam,” as opposed to the Islam practiced in other countries such as Saudi Arabia, which the Iranian regime sees as corrupted, deviant and Americanized.

There is a clear imperialist viewpoint in this discourse that does not recognize geographical borders but gives itself the right to extend its domination across other Islamic countries on the pretext that the "center" is more important than the other regions, which must be used to strengthen the center. The Iranian regime has implemented this idea consistently in its dealings with its political and military proxies throughout the region.

The latest example is the deal over a mainly Qatari group of hunters who were kidnapped in southern Iraq and freed in a deal overseen by Iran, which also secured the release of Iranian prisoners and Hezbollah fighters held by the Syrian opposition. Abadi said he did not know the identity of the kidnappers but openly criticized the act, saying it was “a violation against all Iraqis” and “a crime and an insult to all Iraqis because [the hostages] were guests in Iraq and were on its territory with official permission from the Iraqi Interior Ministry.”

The issue of the hunters sparked anger in Iraq and across the region, as it was seen as a violation of Iraqi sovereignty. Iraq’s former Deputy Prime Minister Hoshyar Zebari tweeted in English: “Release of Qatari hunters in Iraq after 16 months in captivity by a pro Iranian & Hizbullah Shia armed group is a travesty of sovereign Iraq.”

Iraqi Foreign Minister Ibrahim al-Jaafari called the incident “an insult to Iraq.” An Arab activist tweeted sarcastically, “After the return of the Qatari hostages, we call for the Iraqi ambassador to Qatar to be expelled and replaced by the ambassador of Iran, which runs Iraq’s affairs.”

Iran has used its influence with Shiite militias in the region to serve its national interests. Some say that in 2006, when the United States was openly threatening to attack Iran and take down its regime over the dispute surrounding its nuclear program, Iran used its influence with Lebanon’s Hezbollah and persuaded it to kidnap two Israeli soldiers, triggering a war with Israel that distracted the United States from the issue of Iran. Also, some believe that after 2003, Iran continued to provide military and other support to Shiite and Sunni resistance factions in Iraq throughout the American occupation to distract it from any plans for a future war on Iran, which President George W. Bush (2001-2009) had classified as part of his “axis of evil.”

Countries such as Iraq, Syria, Lebanon and Yemen will remain prey to regional rivalries for influence as long as they do not enjoy strong, national and domestically born policies that prevent regional powers from imposing their influence there.