Although Iran has long touted plans to wholly abandon the US dollar, economic realities appear to be forcing Tehran to delay such a move. 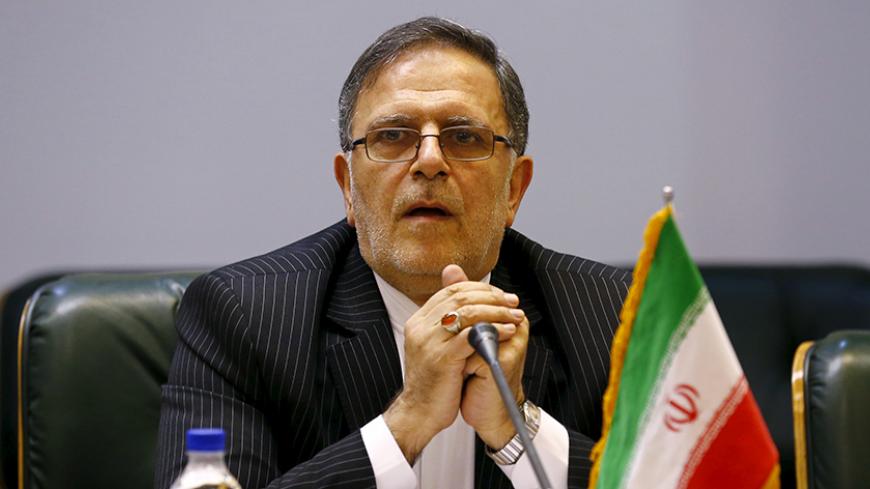 TEHRAN, Iran — The Central Bank of Iran (CBI) has for some time been working on a plan to stop using the US dollar in its financial reports. In a program aired on Iranian state television Jan. 28, CBI Gov. Valiollah Seif vowed that the regulator would no longer use the US currency in its reports starting with the Iranian fiscal year that began March 21. Yet there is no news of an actual change in policy. Indeed, analysts believe that even if the Central Bank is serious about dropping the dollar, the transition process will not go as smoothly as envisaged.

Forbes warned in a January report that the CBI’s decision to phase out the dollar could add a degree of currency risk and volatility. The Iranian economy is not in good shape and any currency shock could jeopardize a fragile recovery and ruin the minor achievements of the monetary regulator in controlling prices over the past few years. This is particularly the case since crude oil, Iran’s main export, is priced in dollars. Many argue that it could be complicated for the Iranian government to switch its reporting to another currency since billions of dollars in government revenue are generated from oil exports. The CBI disagrees with the notion that it would face problems when it comes to reporting in another currency, but it does not conceal its fear of economic chaos should the dollar be replaced in a short span of time.

CBI officials share concerns about a free fall in the rial’s value against the dollar mainly due to possible public resistance to change. Demand for the US dollar has been high in Iran for several decades. Thus the public is sensitive about any fluctuation in the value of the national currency. In recent years, monetary authorities have been trying to reduce this sensitivity before the introduction of any concrete measures.

The CBI has been striving to sideline the US dollar from its currency basket since the intensification of Western sanctions against Iran over its nuclear program in 2010. So far, it has replaced the greenback with the euro, yuan, ruble and rupee in trade with partners such as the United Arab Emirates, China, Russia, Turkey, Iraq and India. Tehran is even receiving its revenue from oil exports in euros, a source at the CBI who is familiar with the matter told Al-Monitor. “That’s why it’s even more convenient for us to report in euros,” added the source, who spoke on condition of anonymity.

“It’s not economical for the government to change [the currency of] its oil revenue from euros to the [US] dollar. But we have to, because we need to inject billions of dollars into the domestic market every year,” the source argued, noting that the most serious challenge the CBI is facing is to prepare the public for a currency switch — a process that could take years, if not longer.

Among the other reasons behind the CBI’s struggle to replace the dollar are concerns over new sanctions that could threaten Iran’s assets overseas. Although the nuclear deal between Iran and six world powers led to an easing of sanctions, primary US sanctions over Iran’s ballistic missile program, Iran's alleged support for terrorism and Iran's human rights record, among other issues, are still in place. Indeed, a bipartisan Senate group in Washington is pursuing new sanctions.

Of further note, in recent years Iran has had some of its accounts, which are kept in dollars overseas, frozen by the US government over political disputes. The latest case is the freezing of Iranian assets in Luxembourg to cover the $1.6 billion compensation claim of families of 9/11 victims who have won court cases against Iran in the United States.

Peyman Ghorbani, the deputy governor for economic affairs at CBI, believes that the dominance of the US dollar has already caused “asymmetric expectations” in Iran. The US government has in several cases abused this domination by blocking Iranian assets, Eghtesad News website reported him as saying Feb. 20. Ghorbani argued that the dollar exchange rate has been fluctuating too much in the world market and that Iran has been suffering from these fluctuations. All of these problems would be addressed if the dollar is replaced, he said.

As for an alternative to the dollar, the euro has a high chance of being selected as the replacement, the source at the CBI told Al-Monitor, rejecting speculation that bitcoin — a type of digital currency — could be considered as an option. Some Iranian media outlets have recently argued in favor of using bitcoin in the domestic banking system. On March 27, US analyst John Ubele suggested in an interview with the conservative Tasnim News Agency that the bitcoin payment network could revitalize Iran’s economy and help add “many jobs” across the country. Some domestic bankers have also shown interest in using bitcoin. But Seif and his colleagues at the CBI do not seem to agree. The CBI governor believes that whatever currency is chosen as a replacement for the US dollar must already be recognized as strong and stable by traders and experts in the country. In this vein, the euro appears to be the only currency with the features Seif is seeking.

All in all, while there's a good chance the Iranian government will stop using the US dollar, it is unlikely that the greenback will be wholly abandoned in the short run. Rather, the likely time for the CBI to implement its plans for a currency switch could be the last year of President Hassan Rouhani’s potential second term (2017-2021), should he be re-elected May 19.