In Iran, the Central Bank and the government are coming under fire for allegedly letting the currency devalue in order to make up for budget deficits. 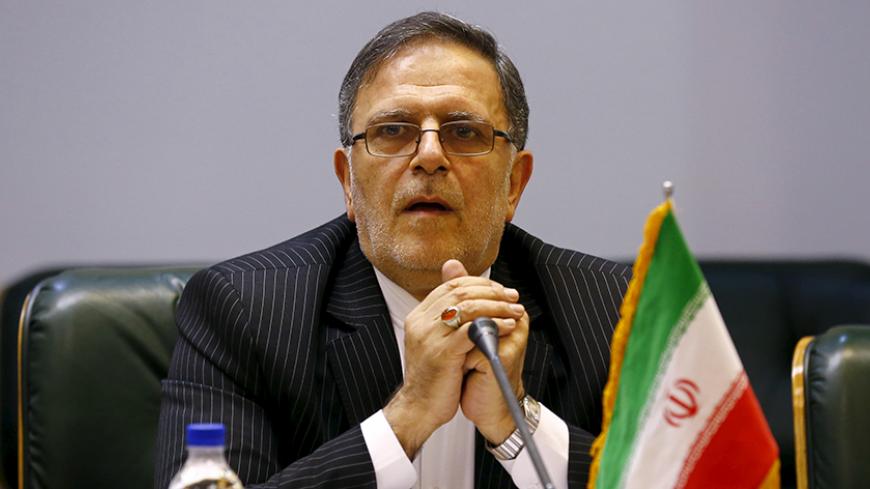 Ever since the rial hit an all-time low against the greenback on Dec. 27, top monetary policymaker Valiollah Seif has been reiterating that the Central Bank of Iran (CBI) will use every tool available to strengthen the national currency. Speaking at an e-banking conference on Jan. 2, Seif vowed that the rial’s recent drop will be reversed, adding that its ideal value is 36,000 against the greenback.

Having retreated from its peak of 41,340 rials, the US dollar is currently trading for between 32,000 and 40,000 rials — but the public expects a further appreciation of their national currency.

In the past decade, the rial’s value has depreciated by around 450%. The Iranian public has been greatly sensitive about fluctuations in the currency’s value, as it believes that a weakening rial is a sign that inflation is about to take off. Indeed, given that the Iranian economy is highly reliant on imported raw materials and capital goods, a drop in the rial’s value does lead to a jump in commodity prices. Aware of public expectations, CBI officials have always tried to manipulate the market in favor of the national currency. However, the policy of keeping the rial stronger than it really is has had its own critics. Given the large inflation differential between Iran and the United States, the theoretical value of the US dollar reached 47,690 rials in 2016, Al-Monitor noted on Jan. 6. As such, pro-market economists believe that the CBI should let supply and demand determine the value of the national currency.

Yet amid the recent and sudden drop in the rial’s value, the CBI has come under attack for allegedly having consciously let the national currency depreciate. Critics argue that as the government needs to curb its budget deficit, the regulator has allowed the rial to devalue — a move that would help the government access more rials per petrodollar through arbitrage given the multiple exchange rates.

“Undoubtedly, the administration takes the most advantage of the situation to cover its budget deficit” as the Iranian year approaches its end (on March 20), Ezzatollah Yousefian Molla, a member of the parliamentary planning and budget committee, said as reported by Tasnim news agency Dec. 31. Economists Farshad Momeni, Mohammad Gholi Yousefi and Jamshid Pajouian are all of the opinion that the CBI could indeed be behind the latest dip in the rial’s value in the weeks running to Dec. 27. Yet Yousefi expressed sympathy with the regulator, arguing that the government has no other alternative to cover its budget deficit. In his view, the administration either has to impose heavy taxes on agriculture and manufacturing or resort to having the CBI sell foreign currency at higher rates.

Use of arbitrage between the official and open market exchange rates as a tool to curb budget deficits is not unprecedented in Iran. “Previous governments also used the same method,” Tasnim Dana news website quoted Pajouian, a professor of economics at Allameh Tabatabai University, as saying in August 2015. The process is usually such that in case the government faces a budget deficit, the CBI will let the rial depreciate on the open market and then proceed to sell foreign currency at the higher rate. After a while, the CBI will step in to end the fluctuations, thus slightly strengthening the rial. Many economists and pundits share Pajouian’s suspicion, but it should also be considered that the Central Bank faces financial constraints.

The remaining US sanctions are still inflicting pain on the Iranian banking system by slowing down money transfers. Therefore, the supply side of the market can sometimes stall while demand is increasing. In such a scenario, the worry that the rial could depreciate will induce investors to buy hard currency for investment purposes, a process that will lead to an actual fall in the rial’s value, argued Ahmad Hatami Yazd, a senior banking expert and former CEO of Bank Saderat, in an article in Hamshahri newspaper on Dec. 27. Hatami Yazd believes that the comments recently made by monetary officials that every tool will be used to strengthen the rial are a “political maneuver” to calm down the volatile market. He further predicted that the rial’s value is unlikely to experience a sharp boost by the end of the current Iranian year.

For advocates of a liberal economy, the weakening of the rial is not seen as a significant issue — as long as it is built on market fundamentals and in line with inflation. Former CBI Governor Tahmasb Mazaheri believes that the monetary regulator must concern itself with currency policies rather than the rial’s parity rates against foreign currencies, as reported by Eghtesad News website Dec. 31. Indeed, liberal economists and exporters in fact welcome the recent drop in the rial’s value and are encouraging the CBI not to interfere in the market. They believe that local producers will benefit from a currency devaluation as competition between Iranian-made and imported products will increase if the rial’s value is not manipulated.

As seen under previous governments, an artificially strong rial will lead to Dutch Disease, making the output of local exporters less competitive. As such, the administration of President Hassan Rouhani is now being accused by liberal economists of making the same mistakes in the currency market as former populist President Mahmoud Ahmadinejad (2005-2013) once did. The moderate administration and the Central Bank are thus being urged to be brave enough to resolve the issue of instability on the currency market once and for all by letting the rial approach its real value.

Although the ideal would be to have the CBI only manage the seasonal fluctuations of the currency market, it is seemingly not giving up its old habit of constant interference due to political concerns. In the months leading up to the May presidential elections, the rial is thus expected to strengthen — despite all sanctions-related and other financial restrictions the Central Bank already faces. This policy is likely to be central for the Rouhani administration as the president will need the public to turn up at the polls. But in the medium run, the rules of the rial game must change if local manufacturers and their exports are to come to the rescue of the faltering Iranian economy.