The 13 defendants in the Turkey's controversial "Odatv trial" have been acquitted in the final case of Turkey's Ergenekon trials, but few Turks feel that justice was served. 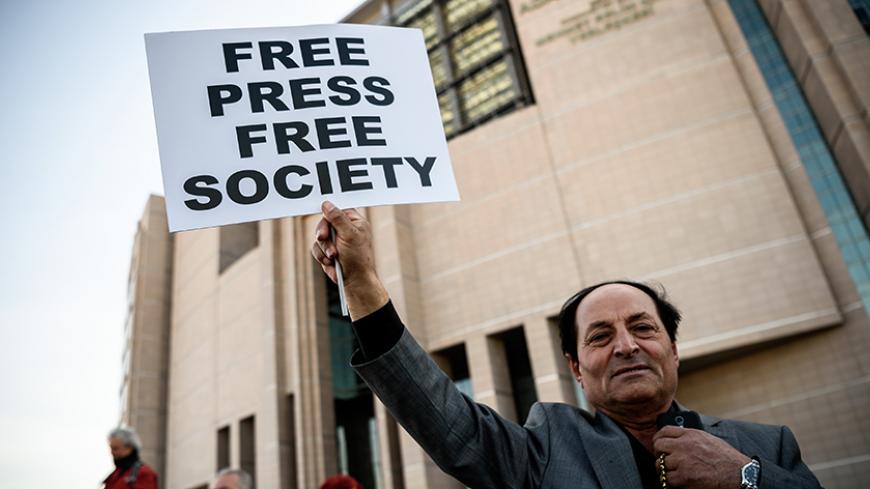 Istanbul's 18th Heavy Penal Court acquitted all 13 defendants in the controversial “Odatv trial” on April 12. Odatv is a staunchly secular news website in Turkey that got into trouble in 2010 with the followers of the Pennsylvania-based preacher Fethullah Gulen in the judiciary and national police department — a network that many Turks refer to as the Fethullah Gulen Terror Organization, or FETO.

Originally composed of 14 defendants — Kasif Kozinoglu, a high-ranking official in Turkey’s National Intelligence Organization, died in 2011 — the Odatv suspects were charged with being a front for the alleged Ergenekon network. Even though Turks of all political stripes had suspected for years that a “deep state” structure often sowed chaos and disorder in their country — carrying out assassinations and false flag operations in order to undermine and overthrow democratically elected governments — the Ergenekon trials became infamous for evidence tampering, late-night arrests, secret witnesses and denial of defense.

By August 2013, several hundred military officers, police officers, academics and journalists were sentenced to lengthy prison terms. At the time, however, it hardly felt like justice was served. Indeed, once the alliance between Gulenist cadres in the Turkish state and the Justice and Development Party (AKP) government ended in late 2013, many of the suspects in Ergenekon-related cases were either acquitted or released from prison.

Thus, the Istanbul court’s April 12 decision was no surprise. In fact, in the penultimate hearing on Feb. 15, the prosecutor had advised the judges to release the defendants.

Unfortunately, the decision on the Odatv trial has done little to address the Kafkaesque side of Turkey’s judicial system.

One of the suspects in the Odatv case, journalist Ahmet Sik, was first taken into custody in 2011 over his unpublished manuscript, “The Imam’s Army,” which investigated Gulen’s networks in the national police department. Gulen-linked prosecutors accused Sik of being a member of Ergenekon. The charge was clearly bogus because Sik, along with his colleague Nedim Sener (who was also imprisoned), had spent a good portion of their careers exposing not only the clandestine and illegal networks within Turkey’s national security apparatus, but what role those networks (primarily FETO, but also others) played in the murder of Turkish Armenian journalist Hrant Dink in 2007.

Today, Sik remains in jail awaiting trial for conducting propaganda on behalf of FETO. A big part of the problem is that despite his vehement opposition to the Gulenists, Sik is no darling of the ruling AKP. His 2015 book “We Walked on These Roads Together” was a damning indictment of the AKP for its 10-year partnership with the Gulenists to oust secular cadres in the Turkish state. The title of Sik’s book comes from one of President Recep Tayyip Erdogan’s favorite songs, one he has used in electoral campaigns since 2002.

Tellingly, while his co-defendants were awaiting their release, Sik was hauled back to jail. Ever defiant, the veteran journalist reminded people in the courtroom that prosecutors in another case involving journalists from the secular daily newspaper Cumhuriyet (a group that includes Al-Monitor’s Kadri Gursel) should pay heed to the Odatv decision. In response, Sik’s supporters in the courtroom yelled the slogan, “Ahmet will get out and he will write again.”