Egypt to develop major Cairo slum despite concerns of residents

Residents of Cairo's Maspero Triangle neighborhood are being asked to vacate their homes to make way for a new development project. 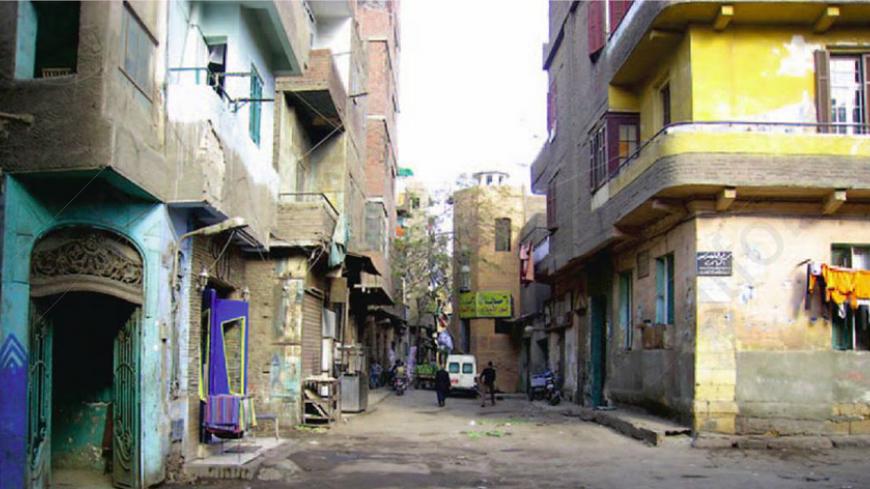 A street in Cairo's Maspero Triangle, which is set to be developed into an investment and residential hub over three years. Posted Feb. 23, 2017. - Facebook/scapework

Egypt is moving ahead with a development project that will demolish a major slum in the heart of Cairo. Residents are concerned about relocation and whether they can afford to remain in the area once development works are complete.

The Maspero Triangle is a decades-old informal area close to the Nile River and behind the Foreign Ministry and the Maspero Radio and Television building. It's home to numerous small workshops and neighborhood shopping malls as well as five-star hotels along the Nile Corniche.

Given its strategic location, the Maspero Triangle is at the center of a government-led development project — set to cost 4 billion Egyptian pounds ($222 million) — that would transform the area into an investment and residential hub over three years. Before approving the start of the project, the Egyptian Ministry of Housing has offered local residents a set of compensation options, including: relocation to al-Asmarat neighborhood in Mokattam district in southeast Cairo, renting or buying a home in the area at an increased cost, or receiving cash compensation of 100,000 Egyptian pounds ($5,555).

Egyptian Prime Minister Sherif Ismail approved the project on April 1 at a meeting of the Higher Council of Planning and Urban Development that was attended by the Cairo governor and ministers of housing, culture, environment, agriculture and local development.

Deputy Minister of Housing Ahmed Darwish told Al-Monitor, "There will never be forced relocation of the Maspero Triangle residents."

Darwish said the government has offered several alternatives to the residents so they feel comfortable about the development process. "With those options, we are allowing the residents to choose whatever they want," Darwish said. "The residents can choose between staying in the area, being relocated and receiving cash compensation. I think that these options constitute a reasonable compromise."

Darwish said the government has surveyed 40% of the residents so far and that 70% of those surveyed have chosen the financial compensation.

Residents will have until April 20 to make a decision, Darwish said.

According to government data, the Maspero Triangle is home to 3,500 families, or 18,000 residents, and spans an area of 64 feddans (66 acres). The area's namesake comes from its triangle shape on the map.

Some residents have rejected the plan, saying their livelihoods are connected to the place where they were born and where they have lived for years. They called upon the government to increase the financial compensation, lower the rent and payments required to own a residential unit in the area, or offer alternative residential units in nearby areas.

"It is not an area for me. It is my home," said Am Ibrahim, a Maspero Triangle resident. "I was born here and I am proud to live in this land and I will never leave the area unless I receive financial compensation that fully satisfies me."

However, other residents have welcomed the plan and lauded the options that the government gave them.

"I think that the options are fair and they give us room to choose how we want the development of the area to be like," said Am Hassan, a resident who accepted cash compensation for his house.

The dispute over the Maspero Triangle dates back three decades, when the government first proposed development projects for the area. The triangle's strategic location, near the Egyptian Museum, the iconic Tahrir Square and several luxury Nile-side hotels, has always been appealing to foreign investors.

The development of the Maspero Triangle is part of a government effort to do away with crumbling slums and to provide proper housing for citizens.

Egypt is home to at least 351 unsafe slums, where poor citizens have built homes that lack basic amenities like sewage and water. Some 850,000 people are believed to live in dangerous slums, according to the Egyptian Ministry of Housing.

In 2016, Egyptian President Abdel Fattah al-Sisi promised to relocate all those living in unsafe slums to new apartments over three years in an ambitious project worth 14 billion Egyptian pounds ($778 million).