Senators urged to rethink $1.5 billion annual US aid package to Egypt as the country fails to progress in human rights. 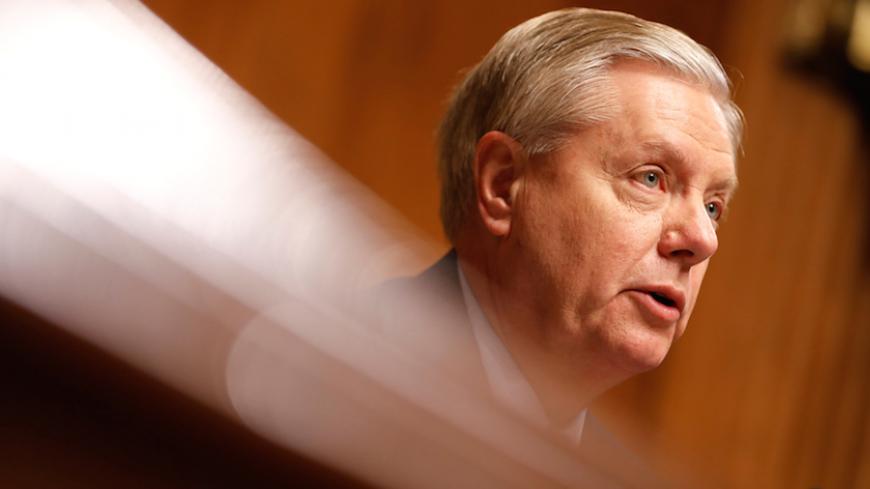 A bipartisan panel of experts ripped Egypt as a floundering authoritarian state April 25 and urged Congress to rethink its annual $1.5 billion aid package.

The three witnesses at the Senate foreign aid hearing took turns describing Egypt under President Abdel Fattah al-Sisi as a military-run, economic basket case rampant with government-sponsored anti-Americanism. They argued that Egypt has lost the regional influence it had when the United States urged it to make peace with Israel in the late 1970s, making America's generous military assistance both anachronistic and counterproductive.

Lawmakers of both parties took the advice to heart.

"We need to reshape the relationship in a way that's sustainable," panel Chairman Lindsey Graham, R-S.C., said at the end of the hearing. "What I see is disheartening ... and as to the taxpayer dollars we have, I think we're obligated to spend them wisely, consistent with our values."

"My job was talking to authoritarian governments around the world. And I have to say the meetings with the government of Egypt were among the least productive and most unpleasant in my time at the State Department," Malinowski said. "It's just angry, rude denials of all problems and how dare you, US government official, raise these things with us and where's our money? Thank you very much. Goodbye."

Malinowski said he was "very sad" to see the White House telegraph to Sisi that it would not raise human rights violations publicly. He went on to rip Egypt for its attacks against US-funded nongovernmental organizations and urged President Donald Trump to adopt an "America First human rights policy" of defending Egyptian-American political prisoners.

Abrams, a former official in the Ronald Reagan and George W. Bush administrations, urged Congress to link up to 25% of the annual $1.3 billion military assistance package to progress on human rights. Current law only restricts 15% of the aid to such metrics.

He said many of the big ticket items Egypt is buying with the US grants, such as fighter jets, are useless for battling terrorist threats such as the Islamic State. He faulted Egypt for failing to combat terrorism in Iraq or Yemen, and accused Egypt of creating more jihadis through its operations in Sinai.

"It is time to review the tactics of the Egyptian military against terrorism," Abrams said, "and review the nature of our aid."

"Egypt does face a serious threat from terrorism," she said. "But the unprecedented human rights abuses and political repression practiced by the government since 2013 is fanning the flames rather than putting them out."

The witnesses urged Congress to retain the Obama administration's plan to end cash-flow financing. And they argued against labeling the Muslim Brotherhood a terrorist organization, a top lobbying priority for Egypt, which Abrams called a "very foolish move."

Throughout the hearing, the only person who attempted to defend Egypt in any way was a silent Weber Shandwick employee at the back of the room who handed out glossy press packets praising "Egypt's progress." The public relations firm signed a $100,000-a-month contract with the Egyptian government in January.

Even Trump himself has sent mixed messages despite embracing Sisi as a counterterrorism partner during Sisi's visit to the White House earlier this month.

The administration has proposed replacing military assistance grants with loans for all countries except Israel. And the State Department is seeking a 42% cut, from $143 million to $75 million, in economic aid to Egypt, according to draft budget documents obtained by Foreign Policy.

Dunne took solace from Trump's apparent reluctance to give Cairo whatever it wants as a positive sign.

"I was struck by the fact that during President Sisi's visit he did not get a promise, it seems, from the administration to keep aid on autopilot," she said. "There's a moment here I think that can be used to redefine the relationship in a way that's more in our interests."