US military aid to Egypt under scrutiny on uprising’s anniversary

The Donald Trump administration has taken a harder line on military assistance to Egypt as President Abdel Fattah al-Sisi moves away from Washington. 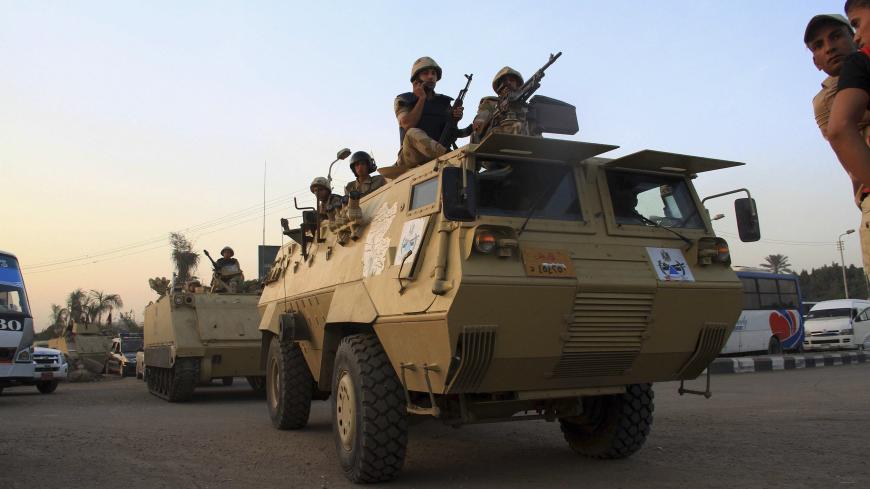 Security forces aim their weapons as take positions during clashes with gunmen in Kerdasa, a town 14 km (9 miles) from Cairo Sept. 19, 2013. - REUTERS

But after more than a year of cajoling Egypt to stop cracking down on civil society groups, the White House has been taking a harder line ahead of the seventh anniversary of the Jan. 25, 2011, uprising that toppled longtime President Hosni Mubarak. The State Department suspended more than $200 million in military aid in September and has called out Cairo’s human rights violations.

“We truly believe that justice demands that those Americans be permitted to come home,” Pence said at a press conference before departing Cairo. “And I made that case very strongly to President al-Sisi.”

The sharpening criticism comes as the government and military have asserted increasing control over the country, most recently by preventing viable candidates from challenging Sisi in the March presidential elections. The moves clash with congressional conditions tying US assistance to democratization and human rights.

Egypt largely depends on foreign aid from the United States and other allies to build up its military and sustain its flagging economy. Since the US-brokered 1978 Camp David peace accords between Egypt and Israel, Cairo has come to expect US assistance even among rising tensions since the 2013 coup.

“They view the $1.3 billion as a right,” said Elliott Abrams, a senior foreign policy adviser to the George W. Bush and Ronald Reagan administrations. He told Al-Monitor, “They have a right to that money because of Camp David. They have a right to spend it, in their view, however they want to spend it. We are talking about a military that is not under civilian control. If they want to buy toys, they buy themselves toys.”

Secretary of State Rex Tillerson’s decision to suspend $65 million in US military aid and another $195 million set to expire in September follow more than a decade of pressure on Cairo from the US government.

For years, the George W. Bush and Barack Obama administrations used aid to Egypt as a carrot — and then a stick — to get Cairo to focus on border threats and the terrorist fight in the Sinai Peninsula. After years of using US aid to procure high-level weapons systems including submarines and combat aircraft, the Obama White House launched a review of American assistance to Egypt in 2013 and withheld deliveries of F-16s, Harpoon missiles and Abrams tanks after the Sisi-led military brutally cleared the Cairo protests.

Those deliveries were resumed after Obama and Sisi patched up their differences in a March 2015 bilateral call. But US legislators wary of Egypt’s human rights record and cultivation of North Korea and Russia for weapons deliveries since late 2011 have tied at least some aid to progress toward democratization and human rights, although both the Trump and Obama administrations regularly waived those restrictions.

“Senior members of Congress have taken an increasingly dim view of what’s going on in Egypt,” Michele Dunne, director of the Middle East program at the Carnegie Endowment for International Peace, told Al-Monitor. “Egypt has a few good friends, but they’re not as powerful as the people who have been dealing with Egypt for many years, and who have grown increasingly disenchanted.”

With Egypt’s path to democracy increasingly fading, a State Department spokesman told Al-Monitor that Trump’s team has kept up Obama-era plans to limit security assistance to counterterrorism, border security, Sinai security and maritime security. The United States also hasn’t signed a long-term memorandum of understanding to lock in its annual assistance package, as it has done with other allies in the region such as Israel and Jordan that receive more than $1 billion in annual aid.

The breaking point for the new US administration appeared to come last spring. Visiting Washington in April, Sisi personally pledged to Trump not to enact a controversial law clamping down on nongovernmental organizations that was opposed by scores of US lawmakers. A month later, Sisi signed the bill, reportedly infuriating the White House.

“For the Trump administration, their impression was that they’d been lied to, bald faced,” said Andrew Miller, who led an effort to refocus US military aid to Egypt while serving on Obama’s National Security Council from 2014 to early 2017. He told Al-Monitor, “Their honor was at stake, because they’d been given assurances that had been subsequently violated. It was one thing after another.”

Sisi’s efforts to balance his foreign policy by taking in weapons from Russia, France and even North Korea are also a cause for concern in Washington. Though Egypt’s relationship with Pyongyang dates to nationalist President Gamal Abdel Nasser in the 1960s, a leaked United Nations investigation has revealed a recent million-dollar purchase of rocket-propelled grenades from Kim Jong Un’s regime.

As the United States has limited sales of military equipment to Egypt, Russia is increasingly filling the void, selling Cairo 46 MiG-29 jet fighters and a billion-dollar anti-ballistic missile system. Now with Egypt agreeing to allow Russian use of its air bases in November, the Pentagon, which revived a long-stalled military exercise with Cairo last year, may be growing increasingly wary.

“I don’t think American military officers want to be bumping into Russians when they refuel,” said Carnegie’s Dunne, a former US diplomat. “This air base access could be getting to a point where the US can’t ignore it.” 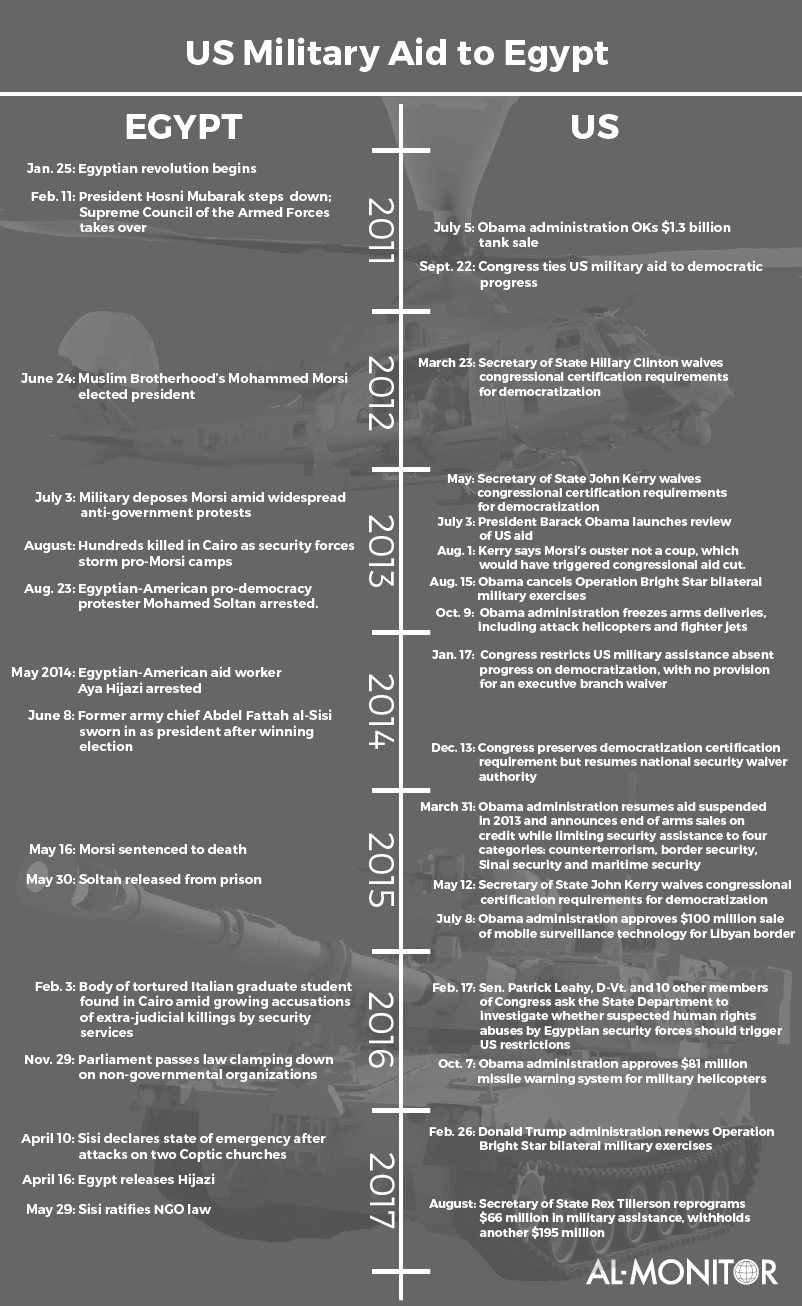