What is Russia’s thinking on Libya?

In its effort to pursue national security interests in the Middle East, Russia is increasingly involved in the conflict in Libya. 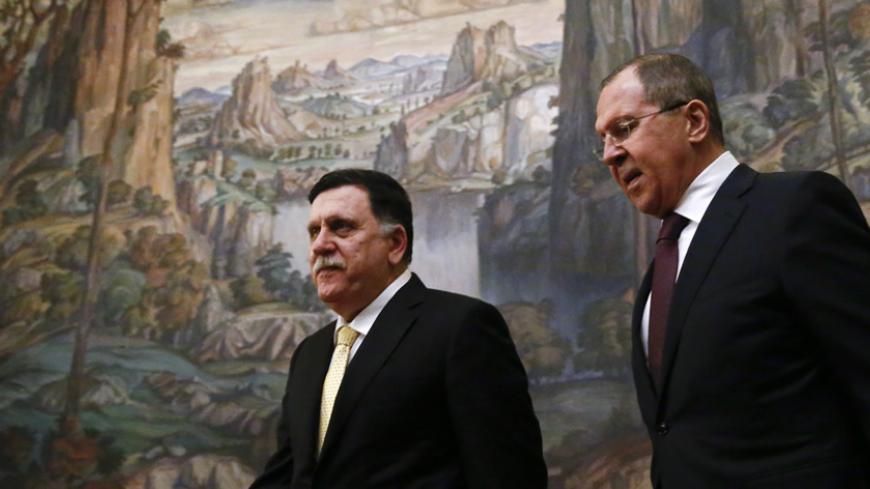 The head of Libya’s United Nations-backed government, Fayez al-Sarraj, undertook an official visit to Moscow to meet with top Russian diplomats and officials March 2-3. Russia has been stepping up efforts in Libya, which seems baffling outside the wide regional context. There is a popular opinion that Russian foreign policy, including planning in the Middle East, may sometimes be tactically impeccable but lacks strategic thinking. Some believe that unpredictability has been a hallmark of the Kremlin's foreign policy.

Russia’s revived interest in the Middle East goes back to Vladimir Putin’s second presidential term (2004-2008), and for a long while the authorities have focused on economic development and the need for most diversified economic ties. Their attitude has been typified by blunt pragmatism.

The well-known discord in 2011 between Dmitry Medvedev, who was then president, and Putin, who was then prime minister, over UN Security Council Resolution 1973 on Libya may also be illustrative of Russia's pragmatic stance. Russia then abstained from the vote in the Security Council, thus avoiding the image of being the dictator's benefactor and of being engaged in the conflict. At the same time, Putin called the Western policy "a new crusade" while referring to US damage inflicted on Iraq, which was consistent with the assessments that pervaded Russian society.

Neither the Kremlin reshuffle nor the Arab Spring drove Russia to refrain from its reserved pragmatism. Even the 2012-13 rule in Egypt of Mohammed Morsi of the Muslim Brotherhood, an organization declared extremist in Russia, did not stand in the way of stronger bilateral ties, even at the top level.

Following the notorious events in Ukraine, which led to a further escalation of tensions with the West, politics and security began to prevail over the economy for Moscow. Still, it failed to devise any clear foreign policy strategy except its own “pivot to the East.” Even the start of the military operation in Syria in September 2015 did not clarify whether Moscow aspires to replace the United States as a new “Middle East hegemon” or just uses the region in its contest with Washington. It was a head-scratcher.

The missing strategy seems to be a conscious choice of the ruling political elite rather than a sign of its confusion. Postmodernity is characterized by the absence of a reliable strategy. The United States and Europe's numerous failures in the Middle East testify to the fact, while the ill-fated, futile and disastrous Libyan venture in 2011 is its graphic illustration.

Therefore, the abolition of strategic objectives requires a new analysis of the values and principles of world politics and Russia's place in the world.

Since the 1999 NATO bombing of Yugoslavia, the Russian political establishment has strongly distrusted the West, as the latter has been manipulating human values to its advantage. The mistrust along with the elite's idiosyncrasy to any ideology that was bred in the late Soviet era has conjured up an image of a profoundly cynical capitalist world.

However, the ensuing confrontation with the West, whose leaders turned their back on Russia, and the need to identify Russia as an alternative project rather than part of the West have led to deliberations over world politics premised on Russian historical experience. The approach of these deliberations seems to be based on seven principles: Security prevails over development; only stability can provide both security and development as revolutions are always destructive; stability is based on strong state institutions; institutions cannot be imposed from outside, socio-political engineering is inefficient; only a strong sovereign state can deliver security and development; unilateral steps on the world stage are destructive; and international law is the only means of creating a sustainable world order.

Looked at in this light, Russia is largely pursuing national security interests in the Middle East. Meanwhile, the events in 2015-17 showed that steps driven by the need to ensure security could produce new interests, with a new stable regional system of international relations being the major one.

This allows for an understanding of both the causes of Russia’s stepped-up efforts to deal with Libya and Moscow’s approaches to settling the country’s conflict.

Even though Russia’s existential interests are not at stake in Libya, one can emphasize four contexts providing rationales for its moves.

First, the list includes Moscow’s general line aimed at stabilizing the region. Not only does the policy contribute to Russia’s security, but it also throws into sharp relief its effective and attractive methods.

Second, add to the mixture Russian-Egyptian relations, which require specific measures to transform mutual affinity into a solid alliance, with Egypt’s regional position being strengthened. A weak Egypt, Moscow argues, will further destabilize the Middle East, as historical, geographical and demographic forces have predetermined the country’s key role. Assisting Egypt in handling Libya constitutes a means of bolstering Cairo’s regime.

Third, the agenda encompasses Russia’s Mediterranean policy and the country’s ties with European Union member states. According to an informed source, Europe has but once given signals to the Kremlin that the refugee-affected countries are seeking Russia’s active involvement in Libya’s affairs, which in the long run could improve relations between Moscow and Brussels.

At the same time, a friendly or loyal regime in Libya could emerge as part of the Russia-dominated axis of Damascus, Cairo and Tripoli.

Fourth, economic interests of Russian businesses striving to gain a foothold in new markets must also be considered.

All these factors may account for Moscow’s interest in Libya rather than its marked bias in favor of Gen. Khalifa Hifter. Given the particular episodes in the commander’s biography, which should instill mistrust among Russia’s policymakers, their sympathetic attitude toward Hifter is especially awkward.

Yury Barmin, an analyst of Russia’s foreign policy in the Middle East, suggests the Kremlin perceives Hifter as a new Col. Moammar Gadhafi. Although Barmin may have a point, the two leaders and the surrounding contexts are strikingly different. Gadhafi has never had to forcibly unite the country, with his political system originally resting upon the then most popular ideology in the Arab world. Gadhafi, along with his young supporters, articulated the interests of the most modernized groups of generally traditional society. (Now it is much more modernized.) This does not play into Hifter’s hands.

Nevertheless, the Libyan marshal may have been chosen as an ally by Cairo rather than Moscow. In this view, it is the dialogue with the former that represents the latter’s paramount interest. Hifter’s and Egyptian President Abdel Fattah al-Sisi’s ideological affinity, which concentrates on confronting the Muslim Brotherhood, makes them even more attractive to Moscow.

Finally, the Kremlin’s willingness to act as appropriate, thus refusing to impose its own will, gives another explanation for its focus on Hifter. Indeed, the marshal has objectively proved to be Libya’s most powerful figure. Amid the chaos, his personified power makes him more appealing, with individual groups being unreliable and weak. Fierce opposition to Hifter and prioritizing the Government of National Accord mean standing in the way of natural processes and fueling the ongoing war. It is the West’s ideologically driven policies and its reluctance to recognize the imperfect world that cause Moscow’s considerable irritation.

However, this does not imply that Russia intends to ignore other Libyan actors. Amid the lack of developed institutions and overmilitarized society, the establishment of a resilient system entails a necessary broad consensus. Given the Syrian experience and Moscow’s general approaches, one can assume that as a mediator in Libya, the Kremlin will follow a regional track of the conflict resolution involving Egypt, Tunisia and Algeria as the key players. 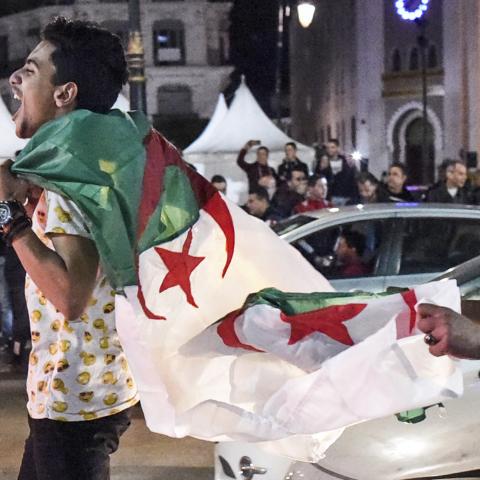 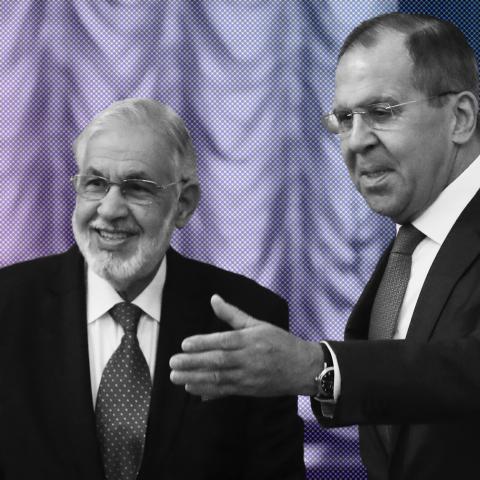