Representatives of the Turkmen, Yazidi and Assyrian minority communities of Iraq have declared a coalition and put forward the most complete vision yet for self-rule in the country’s north. 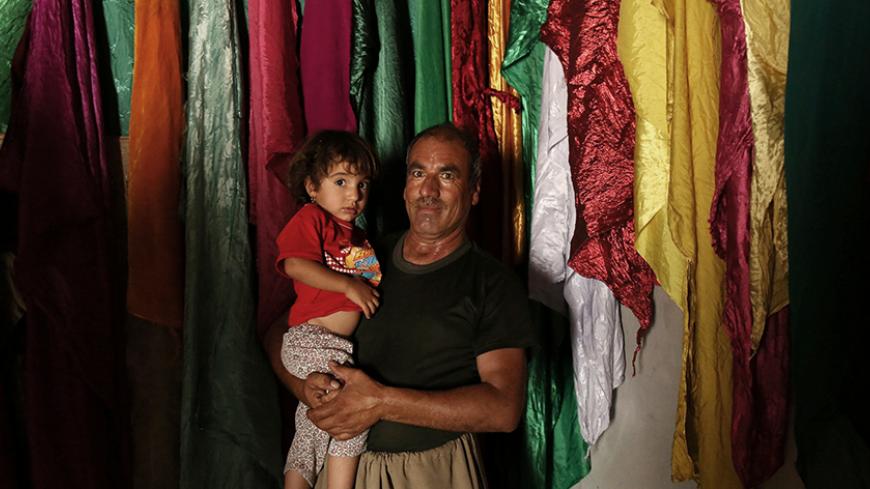 The proposal is the most complete vision the minorities have yet put forward as an alliance, with the aim of extracting themselves from the Arab-Kurdish struggle for their areas and to prevent a repetition of the catastrophic killing and displacement they suffered when the Islamic State (IS) invaded Ninevah province and raided the areas where they live.

The minorities have previously put forward plans focused specifically on setting up a province for the minorities on the Ninevah plain. That province would stretch across areas disputed between Arabs and Kurds but that are considered the homeland of several Iraqi minorities: the Ninevah plain (home to several minorities, particularly Christians and Shabak), Tal Afar (majority Turkmens) and Sinjar (the main home of the Yazidis).

The organizations proposing the idea avoided any hint of separatism. The project was proposed in line with Iraq’s 2005 Constitution, which gives minorities the right to autonomy or self-administration in sub-units of territory (Chapter 1; Sections 5, 112, 115 and 116).

“The proposal of a region for the minorities is in line with the Iraqi Constitution and doesn’t contradict the general move to share powers and or let minorities manage their own affairs,” said Ali Akram Al-Bayati of the Turkmen Rescue Foundation.

“The idea of dividing up Iraq into [self-governing] regions is an appropriate, constitutional and legal solution,” he told Al-Monitor, pointing to the Kurdistan Regional Government (KRG) as an example. “The reason for the KRG’s power and success in self-government is that it successfully used this constitutional right."

He added, “Therefore the idea of setting up an autonomous region for minorities in Ninevah could help strengthen the residents of that region, in coalition with each other, security-wise, politically, socially and economically.”

Prince Naif Dawoud, the president of the Yazidi Independent Supreme Council, said forming the coalition is a step toward finding a solution to provide international protection for Iraq’s minorities and raise public awareness and support for their “just and legitimate demand.”

The proposal offers a clear idea of Iraqi minorities’ demands of the international community and reflects a shared vision among these minorities, all of whom face a shared catastrophe.

“The project also reflects a loss of trust in the capacity of Iraq’s central government to provide a solution and Baghdad’s indifference toward the cause of the oppressed minorities,” Dawoud told Al-Monitor.

Dawoud linked his defense of the proposal with the need to restore the trust of minorities, especially the Yazidis, after IS invaded their area, committed war crimes against them, destroyed their religious heritage and forcibly displaced them.

“It could also offer reasonable guarantees for the period after IS that the group and its ilk will not return to these areas to commit massacres against the Yazidis and other minorities,” he said.

The proposal’s authors say they do not rule out the idea of international protection of minorities in the areas it covers.

“We must insist on the need for international protection for a certain time, as was previously offered to the KRG, along with empowerment and training of our local forces to prepare them to defend the borders of the new autonomous region,” said Bayati.

Dawoud agreed, saying the project would need the support of major world powers and the United Nations, especially in its early stages.

“Even if the UN adopts the Al Rafidain region proposal, it will need security support, aid and international protection for at least 10 years until security finally prevails and the region can survive,” he said.

Although the announcement by Yazidi, Turkmen and Assyrian groups did not mention other minorities such as the Shabak and the Kakai or Yarsani communities, the proposal is open for other minorities to join it.

“Of course no community in the new autonomous region’s geographical area will be excluded,” said Bayati. “The project has matured for over two years of work, at home and abroad, with all parties concerned and in communication with other communities.”

“It is their right to wait until they can see the seriousness and importance of the project. The project is now a three-party one, but the door is open to all,” he said.

The Shabak is one community that has so far been reluctant to come onboard. Qusay Abbas, a Shabak independent politician and former member of Ninevah’s provincial government, said the first step had been premature.

“A province must be set up specifically for the minorities of the Ninevah plain, to determine their destiny according to legal and constitutional mechanisms via a referendum of the area’s residents, under stable conditions and UN oversight,” he said.

“Once provinces have been established for minorities, the way will be open to setting up an autonomous region for them, and when that happens of course we will be part of it.”

Representatives of other minorities have not joined the project. However, it could bring some hope to the minorities as major powers battle around them.

“The proposed autonomous region, if there are guarantees, could be an independent region for the minorities along the lines of the KRG,” said Rajab Asi of the Mithra Foundation, a Kakai development and culture group. “We welcome that and we want to join it, but the final decision must go to the Kakais living in the region.”