Turkmens and other Ninevah minorities are demanding their own provinces once the Islamic State is forced out of Ninevah, which some fear may divide the country further, causing new conflicts in the region. 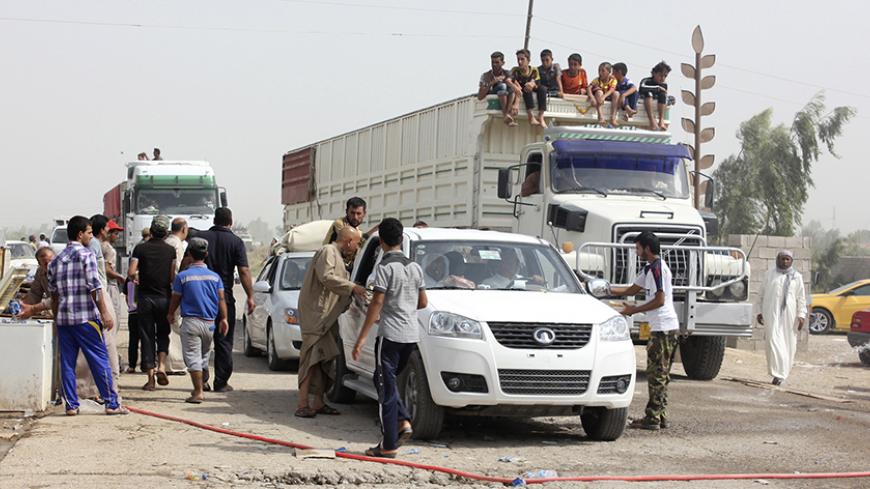 BAGHDAD — Iraqi Turkmens, who are citizens of Iraq with Turkish origins, have been calling for their own independent province in the Tal Afar district west of Mosul, located in the center of the Ninevah province. The Turkmens’ demands coincide with calls for the establishment of other new provinces in Ninevah, such as the Ninevah Plain province for Christians and Sinjar province for the Yazidis.

All of these projects are based on religious or ethnic division, whether among Turkmens, Kurds, Arabs, Sunnis or Shiites. Some see these proposals as the solution to the sectarian, religious and ethnic diversity problems that have caused so much killing and displacement of minorities since the Islamic State (IS) took over the areas in June 2014.

But others fear the proposals would further divide the country into regional fiefdoms, fending off peace and causing new conflicts for power and influence.

Turkmens are a mix of Sunnis and Shiites and are the third-largest ethnicity in Iraq after Arabs and Kurds, numbering about 3 million out of the total population of about 34.7 million, according to 2013 data from the Iraqi Ministry of Planning. Turkmens have escalated their demands as the battle to retake Mosul from IS approaches.

Turkish President Recep Tayyip Erdogan said Oct. 2, “After liberating Mosul from [IS], only Sunni Arabs, Turkmens and Sunni Kurds should stay there.” His remarks drew wide divisions between the Turkmens regarding their areas in Iraq. The Turkmen Rescue Foundation on Oct. 4 denounced Erdogan’s statements, demanding that he respect the ethnic and sectarian diversity in Iraq, since Mosul is home to a variety of social components, not only the ones he mentioned.

Ahmed Hassan, a Shiite Turkmen who was displaced from Tal Afar and has been living in the predominantly Shiite province of Babil since 2015, told Al-Monitor, “Sectarian strife has erupted among Turkmens. The Shiites among them have fled to Shiite areas in the center and the south, while Sunnis headed to Kurdish areas or crossed into Turkey.”

He added, “Shiite Turkmens will avoid going to Mosul even after expelling IS, because the latter has instilled a dogmatic ideology in the city’s citizens, which will take time to wither."

Of Turkmens, he said, "We are a minority in an unfriendly environment. We have been ethnically persecuted by Arabs and Kurds, while Shiites have been subjected to more sectarian persecution by Arab Sunnis because they are Shiites.”

Despite multiple projects to divide Ninevah between the Sunni Arabs and Kurds, Shiite Turkmens are accused of being supported by the armed Popular Mobilization Units seeking to establish a Shiite province in a Sunni environment, to serve as a safe land route for Shiite factions and Iranian forces to Syria to ensure logistic communication and armament.

On the other side, Sunni Turkmens have been calling for the Turkish army to participate in the upcoming military operations to liberate Ninevah, to protect them along the front lines of the Kurdistan Workers Party, which is protecting the Kurds in Syria and Iraq.

The Sunni-majority Ninevah province is also home to other ethnicities, including Arab Shiites, Shiite and Sunni Turkmens, and Kurds. There have been efforts to preserve the diversity, as was the case before the IS invasion. However, there are some agendas seeking division that have resulted in the displacement and suppression of minorities such as Shiite Turkmens.

Ahmed Qader, a Shiite Turkmen who fled to Babil, told Al-Monitor, “It won't be safe for minorities, namely Shiites, to return to Tal Afar and neighboring villages unless the city is turned into its own province. Turkmens have suffered from three waves of displacement since IS entered the city. This state of stability is only a fleeting period.”

Nahla al-Hibabi, a member of the Iraqi parliament for the Turkmens, told Al-Monitor, “The Turkmens’ demands to manage their affairs independently are not based on sectarian grounds. The constitution allows the establishment of new provinces.” However, the sectarian divide already exists within the Turkmen component itself.

But Turkmen spokesman and human rights activist Jaafar al-Talaafri downplayed the disagreements among Turkmen. He told Al-Monitor, “Shiite and Sunni Turkmens of the city were seeking to turn it into a new province before the fall of Mosul in June 2014. This was when the Iraqi Cabinet announced that Tal Afar would become a province. Therefore, the Turkmens’ demands do not fall within the sectarian and ethnic context that is being brought up today.”

Ali Akram al-Bayati, the director of the Turkmen Rescue Foundation, told Al-Monitor there are other reasons for Turkmens to call for an independent province.

“This would allow access to a certain budget for the construction and development of the province, the formation of a security protection force made up of its citizens to fight against terrorism, as well as providing job opportunities,” he said.

Like Hibabi, Bayati noted that the constitution provides for the right to establish new provinces. He stressed that “turning Tal Afar into an independent province does not mean it will only include Turkmens. It will be open to any other ethnic and sectarian components.”