With so many politicians suspected or convicted of corruption, Israelis have given up on expecting public figures to have morals. 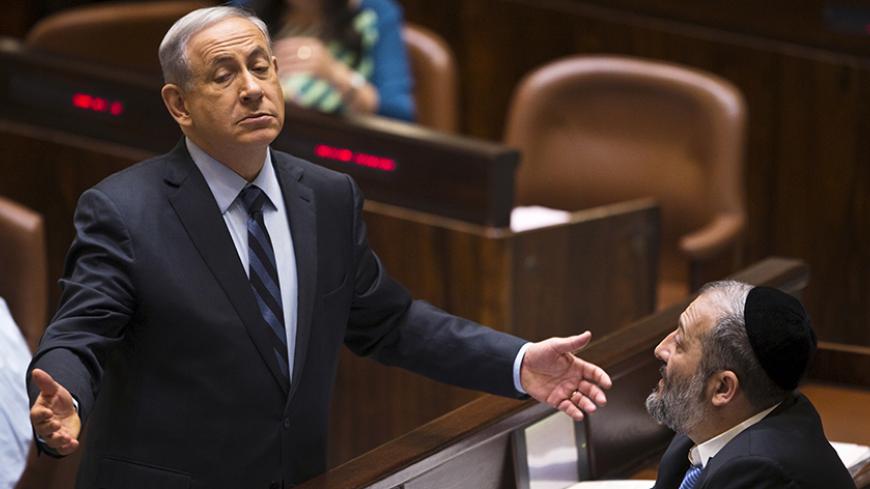 In preparing to write this column, I looked up the Hebrew word that best describes the cultural-moral connotation of the English word “impunity.” I had learned the Spanish “impunidad” from an Argentinian colleague while covering the horrific terror attack on the Jewish community center in Buenos Aires in 1994. He used the word to describe his country’s social ills and predicted that the attackers would never be caught. He was, indeed, correct. The literal meaning, “exemption from punishment,” barely encompasses the indifference to social ills and criminal wrongdoing, verging on indulgence, that has taken root in Israeli society.

Thousands of words have been written and spoken about the report issued Feb. 28 by the state comptroller on the 2014 Operation Protective Edge in Gaza. Bereaved parents wept as they read the document describing how the country’s leadership sent their children to their deaths with barely a thought. Israeli residents of communities bordering Gaza discovered that Cabinet ministers dozed off during discussions of the danger that terrorists could at any moment infiltrate through tunnels from Gaza and into the homes where their babies slept.

The media went wild, the opposition growled and the government deflected criticism. Prime Minister Benjamin Netanyahu shrugged off the significant failures State Comptroller Joseph Shapira cataloged, as if flicking cigar ash off his Armani suit. He was not ashamed to accuse Shapira, whom he had appointed, of hurting Israeli soldiers. The prime minister, accused of a colossal failure that resulted in the deaths of dozens of Israeli soldiers and hundreds of Palestinian children, cynically patted himself on the shoulder. He did not wait for publication of the report, saying a few days beforehand, “Unlike the state comptroller, I back the commanders of the IDF.”

Still, many Israelis remained apathetic to this news. Television viewers switched from news coverage of the report to watch “Big Brother,” cafes filled to bursting with patrons, and travel agents scurried to provide last-minute vacation packages for the upcoming Passover holiday. The average Israeli has learned how to peacefully co-exist with the pervasive reality of impunity.

The late Haaretz editor David Landau, may he rest in peace, used to say that there is no crime more egregious than the occupation. In his mind, that meant that law enforcement authorities and the media should have set aside the criminal scandals linked to Prime Minister Ariel Sharon and his successor, Ehud Olmert, and enabled them to push forward with their plans to vacate the occupied territories. The sharp-tongued senior Israeli journalist and pundit Amnon Abramovitz suggested that the media wrap Sharon in cotton, as one would a precious gem, and leave him alone so he could carry out the 2005 Israeli withdrawal from Gaza.

If that’s the case, average Israelis ask themselves, what’s so bad about Aryeh Deri's appointment as interior minister after serving jail time for crimes committed when he held that same office some 22 years earlier. Even Israel’s Arab communities say that no interior minister has done more to address their local concerns than Deri. The mayor of Bat Yam, Shlomo Lahiani, continues to enjoy great popularity among residents of his central coastal town even after being convicted of corruption and sent to jail. Residents say no mayor made their town flourish like he did, after years of being regarded as a wilted appendage of neighboring Tel Aviv. Rabbi Yoshiyahu Pinto served a jail sentence for bribery and upon his release this past January was carried away on the shoulders of his adoring acolytes.

A number of people who occupied high offices — including those of president (Moshe Katsav), prime minister (Olmert), finance minister (Avraham Hirschson) and welfare minister (Shlomo Benizri) — have exchanged their suits for prison garb. Thus, the recent ruling that sent former Chief Rabbi Yona Metzger to join them for corruption was met with a collective yawn. Little wonder that reports of public figures passing through prison gates or police station doors are gradually being pushed to the tail end of the news.

Since the beginning of this decade, at least two dozen municipal leaders have been investigated by police on various suspicions, and at least 10 have been convicted. Among them are former mayors who committed crimes while in office: Uri Lupolianski of Jerusalem, Zvi Bar of Ramat Gan, Yitzhak Rochberger of Ramat Hasharon, Israel Sadan of Hadera, Benny Regev of Lod, Yehoshua Forer of Rehovot, Shimon Gafsou of Upper Nazareth and Oded Hameiri of Safed. Transparency International's Corruption Perception Index issued in January ranked the Israeli public sector 28th in the world — with 64 points (100 being "very clean") — and among the member states of the Organization for Economic Co-operation and Development it placed 22nd out of 34.

“Everybody steals,” a cab driver told me, speaking on the condition of anonymity. “So what if Bibi was given a few boxes of cigars? Even [HaBayit HaYehudi Chair] Naftali Bennett says one doesn’t bring down a government over a bunch of cigars.” That naturally segues into the prevailing insight that “everyone screws up” and then to the usual bottom line: “Do you know anyone who will protect us better than Bibi?” That, in turn, leads to Netanyahu’s mantra about life itself being more important than the cost of living. This is Netanyahu’s answer to poverty and social injustice; this is the response to complaints about the cost of living; and this is where the explanation lies for the country’s health care crisis.

One can accept the perspective that the security of the state is more important than public integrity and even more than the Jewish character of the state and the values of democracy. But wait a minute. The Operation Protective Edge report points to a clear lack of thoughtful judgment on a purely security-related issue. The comptroller wrote that the prime minister refused even to discuss alternatives to a military option, which could have saved human lives. Thus Netanyahu is shirking responsibility for a failure that relates to life itself.

The town squares, empty of protesters demanding Netanyahu's resignation, are proof of the fatal impact of the impunity germ. It is even more deadly when the immune system — which includes the country’s top cops, prosecutors and media — is held captive by the carrier of the disease.