Despite a court decision to dismiss two mayors charged with corruption, both will be allowed to run for another term in next month's municipal elections. 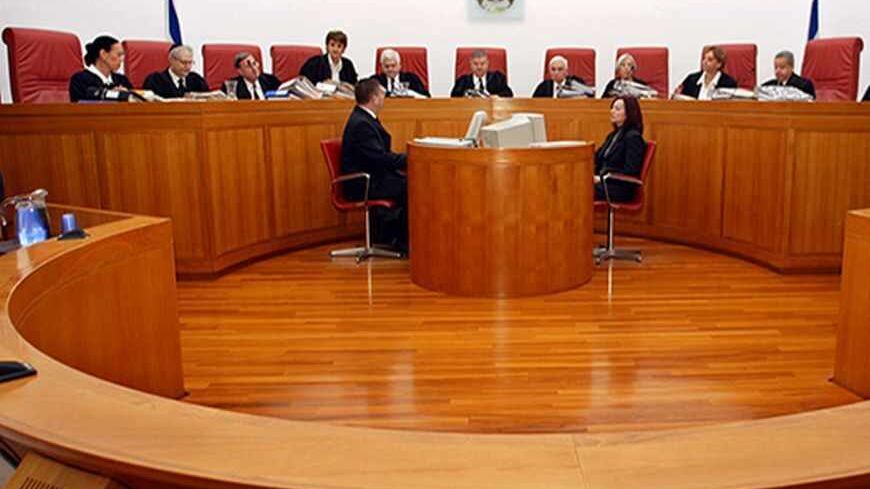 “Is it proper in your view that mayors accused of criminal wrongdoing could run for re-election to their office?” This was one of the questions posed to State Comptroller Yosef Shapira and State Attorney Moshe Lador on Aug. 26 in a debate on corruption in local government that was part of the legal conference of the Tel Aviv District Bar Association.

The question was asked several times, in several ways, in light of the unfortunate fact that mayors who were indicted for corruption, like Shimon Gapso of Nazereth Illit and Itzik Rochberger of Ramat HaSharon, are running for re-election in the local elections on Oct. 22.

What seems like the collapse of public norms, as an intolerable and distorted situation, did not move Lador and Shapira to make a moral statement on the phenomenon.  They preferred to evade the question.

Thus, as opposed to Lador and Shapira’s approach of noninterference, last week’s High Court decision on Sept. 17 to remove Gapso and Rochberger from their offices should be praised.  This is a dramatically important stance for starting the process of purging local government of its Wild West character, as it has become a sort of unsupervised, lawless backyard, and in the last few years, fertile ground for corrupt practices.

It is not fair, of course, to paint all 256 mayors in Israel as corrupt.  Most of their hands are clean. But we also cannot ignore the troubling statistic that 50-60 mayors are under criminal investigation these days. However you look at it, it’s a huge number, which means that about a fifth of mayors are suspected of criminal acts.

This long list naturally includes Gapso and Rochberger, who, although they were dismissed by the High Court, unfortunately can still run in the election next month, since existing law does not prevent them from doing so. Also on the list is Shlomo Lachiani, the mayor of Bat Yam, who will probably soon be indicted and is also likely to be removed from office even before the election.

We can take comfort in the fact that the removal of mayors accused of criminal activity a month before the election will be a wake-up call for voters, and will hurt their election campaigns.

But this wake-up call should rouse not only the residents of the cities involved, but the law enforcement, legal and legislative authorities, and spur them to formulate emergency plans to fight corruption in local government.  When we have dozens of mayors entangled in criminal investigations, the phenomenon can no longer be ignored.

Corruption in local government is not accidental. Mayors enjoy full control of municipal systems, so much so that they also determine the salary of the municipal comptroller. That is, the person who is supposed to monitor their activities is subject to their good will, instead of being appointed by an external authority.

But the main reason for the development of corruption in the local sphere is the great power in the hands of a mayor. He controls building permits, property taxes, business licenses, salary disbursement and all sorts of interests. A lot of power and little supervision. Mayors who have weak personal and public morals, who control a lot of money without supervision, are prone to get into trouble.

The lawlessness doesn’t end there. When they’re caught in their depravity, are taken for police questioning, are indicted and involved in lengthy court proceedings, they can continue to serve in their posts.  The law does not prevent them from doing so.  That is, the law stands on the side of mayors indicted for criminal acts.

This is obviously a problematic message in terms of public norms, that enables an intolerable situation where such a mayor could continue to exert full control of a municipality and its resources, and as a bonus, run for re-election.

The words of Eran Kamin, the deputy commander of the National Unit for Fraud Investigation, testify to the extent of the severity and reach of corruption in local government. Deputy Commander Kamin, who participated in the discussion mentioned above along with Lador and Shapira, described a troubling situation.  He spoke about how criminal organizations try to connect with mayors in order to gain control of local resources.  He also related how criminal organizations known to the police got in touch with serving mayors, and that covert investigations of several of them are now taking place.

“There’s a lot of money in local government and there’s an attempt by organized crime to penetrate those places where mayors serve … Ultimately, it depends on the ethical DNA of the mayor,” said Kamin. His words made headlines on the Internet, but did not resonate as loudly as they should have.

Now that the High Court weighed in with its decision in favor of maintaining reasonable standards of public conduct in local government, once it begins its winter session after the Sukkot holiday, the Knesset should also legally prohibit mayors indicted of criminal activity from running for another term.

This might not prevent Gapso and Rochberger from running next month, but it will contribute to raising of moral and ethical standards in local government.