Will Bibi's love of luxury be his downfall?

Israeli Prime Minister Benjamin Netanyahu, known for his extravagant tastes, is caught up in a scandal involving funding from a French billionaire on trial for corruption. 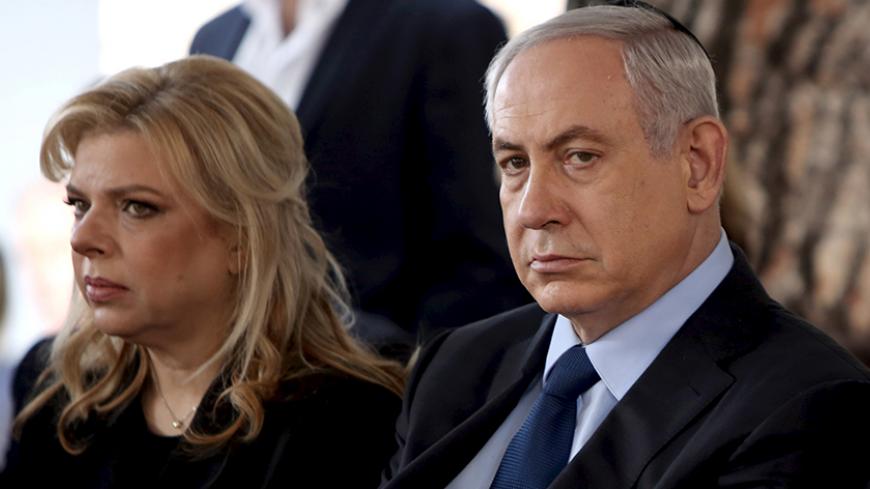 Benjamin Netanyahu has handled his share of scandals. But a new one involving his billionaire vacation buddy, who stands accused of fraud in France, threatens the Israeli prime minister's carefully crafted personal security dome.

Back in 1999, after he lost the premiership to Ehud Barak, Netanyahu became embroiled in a humiliating police investigation. Together with his wife, he was suspected of failing to report hundreds of gifts he received when serving as prime minister and of charging the state budget for enormous private expenses.

The investigation grew and became an embarrassment. News cameras documented his trips to and from interrogation rooms and bore witness as his office was publicly searched. At the end of the investigation, the police recommended that he be indicted for corruption, a recommendation that was adopted by the state attorney. However, Elyakim Rubinstein, legal adviser to the government and attorney general, decided to close the case. Rubinstein took into account that Netanyahu had been defeated in the elections and had retired from political life, and decided it was not in the public interest to subject him to further scrutiny. Netanyahu was saved by the skin of his teeth.

That investigation must remain engraved on Netanyahu’s soul, a trauma that cannot be erased. When he returned to rule a decade later in 2009, Netanyahu took all possible means to prevent potential investigations. He appointed his former personal lawyer, Yehuda Weinstein, as legal adviser to the government, personally supervised the appointment of the state comptroller and less than a year ago personally appointed a new police chief.

The new chief, Roni Alsheikh, had served before as deputy head of Israel's security agency, Shin Bet. Netanyahu promised Alsheikh that if he agreed to accept that appointment, afterward he would receive the position he’d coveted all his life: head of Shin Bet. Ostensibly, Netanyahu seemed to have it all under control.

But the reality is a little different. There have been signs in recent weeks that the fortified wall Netanyahu built around himself is crumbling. A Pandora’s box was opened by Arnaud Mimran. Mimran is on trial in France in the “fraud case of the century,” and he took everyone by surprise when he said vaguely that he had donated “a million” to Netanyahu. Mimran is a Jewish-French billionaire close to Netanyahu. For years, Mimran funded the private, prestigious vacations of the Netanyahus, including all kinds of pampering treats. Joint pictures of the two families have been publicized on various sites.

Since the affair was first published in the Israeli daily Haaretz in March, the men's stories have changed multiple times. Are we talking about 1 million euros ($1.14 million), as was implied in Mimran's first version, or the 1 million French francs (170,000 euros or roughly $200,000) he implied in a second version, or should we go with Netanyahu's revised claim that originally was zero and later became 40,000 euros?

Meanwhile, the government's legal adviser in Israel was forced to open a probe into the affair. When were these monies transferred and for what purpose? Was it in 2001, as Netanyahu claims (in which case the entire affair will have legally expired), or in 2009? Did Netanyahu report the monies to the tax authorities? The answers to these questions will have to be supplied by the police.

Netanyahu should be worried about the collapse of the firewall that has protected him for the past seven years. The intensity and sheer weight of the legal scandals connected to his name could actually reach a critical mass. The decline began last year with the rulings of two Israeli labor courts that accepted the claims of workers in the prime minister’s residence of abusive employment conditions by his spouse, Sara Netanyahu. Afterward came the state comptroller’s report on “Bibi tours” — multiple trips by Netanyahu and his family at the expense of private contributors, financiers and underwriters. The report was just submitted last month, after a delay of five years, and included a recommendation that the legal adviser open a criminal investigation. And now, along comes this whole Mimran issue.

Netanyahu feels under siege and does what he always does when he’s surrounded on all sides: He sharply criticizes the media and claims “systematic political persecution.” He forgets that his predecessor, former Prime Minister Ehud Olmert, lost power as a result of a wave of police investigations. These investigations resulted in bills of indictment that ultimately — this year — sent Olmert to prison.

Netanyahu maintains a giant and secret network of benefactors. He created it assiduously over more than 30 years. The first seeds were sown when Netanyahu served as Israel’s much-admired ambassador to the United Nations (1984-1988). Since then, the network has blossomed and branched out. Netanyahu is the bereaved brother of Yoni Netanyahu, the hero of the Entebbe Operation that took place 40 years ago. With his polished English and abundant charisma, Benjamin Netanyahu quickly became the darling of Jewish millionaires wherever they were found: the East Coast, the West Coast, London, Paris and all the other important money capitals of the world.

Netanyahu has carefully tended to his list of donors. In Netanyahu’s own handwriting, each of them receives a “grade”: Top donors are ranked “1,” while those who are slightly less generous receive a “2,” and so forth. The real strategic assets — the billionaires who are truly close to Netanyahu and ready to be called on anytime — receive (in addition to the grade of “1”) one or two stars.

When he re-entered politics in 2006, after he resigned from Ariel Sharon’s government and became opposition chairman, Netanyahu went into overdrive to renew contact with some of the friends on this list.

Netanyahu is a man of the world who has cultivated, over the years, the kind of hedonistic lifestyle that typifies millionaires. He likes expensive cigars, prestigious restaurants, luxury hotels and first-class travel. When the state doesn’t underwrite it, he will always find one of his benefactors to allocate the needed sum. Sometimes several of them must chip in together to cover all the travel expenses. These always include luxurious limousines around the clock, and cosmetic and laundry services, among others, according to the state comptroller's report.

And now, this whole system is likely to find itself under investigation. Netanyahu — whose tremendous victory in the March 2015 elections evidently left him less cautious and did away with all remnants of humility — is heating up the engines for the legal-public battle that may be approaching. The last time he faced such a situation, he lost the premiership in 1999.

This time he is more experienced, more protected and much more resistant. Nevertheless, the results of this battle are not a sure thing.