Has Netanyahu lost control over his own loyalists?

Israeli Attorney General Avichai Mandelblit, who worked closely with Prime Minister Benjamin Netanyahu for years, is about to decide whether to open an inquiry into the premier regarding the financing of past private trips. 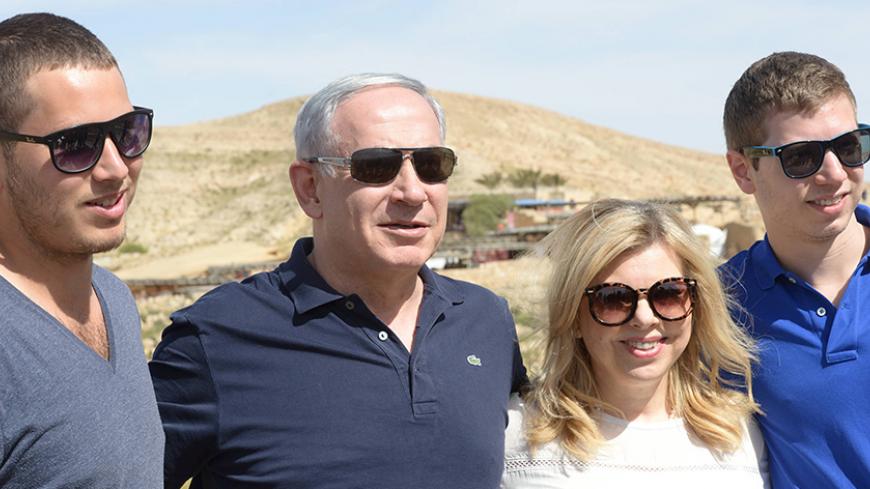 Five years passed between Channel 10's “Bibi Tours” investigative report and the publication of the scathing state comptroller report on May 24. The report details a scandal surrounding Prime Minister Benjamin Netanyahu and his wife, Sara. The comptroller, former Judge Joseph Shapira, has determined that philanthropists, tycoons and private businessmen (most of them foreign citizens) helped fund the travels of Netanyahu, Sara and their children from 2003 to 2005. The investigative report revealed Netanyahu's methods: a ramified system of fundraising, including raising funds from businessmen with economic interests in Israel. Some of the activities were carried out when he was finance minister, and some when he was opposition chairman. The state comptroller has provided some of the material to Attorney General Avichai Mandelblit, recommending that he open a criminal investigation. Netanyahu’s future is currently in the hands of the attorney general, who had served until relatively recently as government secretary and worked closely with Netanyahu for more than four years.

The story that is stirring up the media and the Israeli public this week is the whitewashing of this affair for five years by Israel’s gatekeepers and government representatives of the rule of law and its enforcement in Israel. After the investigation was publicized in 2011, a comprehensive police investigation was supposed to begin. But the issue was blocked by then-Attorney General Yehuda Weinstein. For context, the comptroller, Judge Micha Lindenstrauss, had given Weinstein findings connected to the affair, with a recommendation to open a criminal investigation.

Weinstein, who had once served as the devoted attorney of Benjamin and Sara Netanyahu, attained the position of attorney general at Netanyahu’s initiative. And it seems he delivered: Weinstein did everything to delay the investigation, neutralize it and cause the case to be closed in 2014. This week, the Israeli media has nicknamed him “the whitewasher.”

Meanwhile, the state comptroller position has also changed hands. To replace the snappish Lindenstrauss, Shapira was appointed in 2012. Here, too, as with Weinstein’s nomination, the appointment process was problematic. A short time after he began his new role, it was revealed that Shapira had “auditioned” in a meeting with the Netanyahus at the prime minister’s house. The prime minister invested considerable efforts into Shapira’s nomination and used all his weight to get it accepted by the Knesset despite Shapira's opponent being a much more senior judge: the former vice president of the Supreme Court, Eliezer Rivlin. Netanyahu’s influence tipped the scales and Shapira assumed the position.

Netanyahu drew several conclusions from losing the premiership in 1999. He felt that the entities that caused him to lose the election were the legal system, the media and Israel's social elites. When he returned to power in 2009, Netanyahu took several steps that allowed him to achieve almost total control over the state’s law enforcement systems and gatekeepers.

Simultaneously, Netanyahu gained control over chunks of the press in Israel, while his private newspaper Israel Hayom (owned by his American billionaire friend Sheldon Adelson) was gaining in strength. Thus Netanyahu became an almost invincible leader, and built himself a fail-proof immune system. Accusations and suspicions against him are scarcely investigated. While the justice system took a strong stand against politicians such as former Prime Minister Ehud Olmert and former President Moshe Katzav — both of whom are serving prison sentences — Netanyahu seems to get off scot-free.

The situation reached its height with the Bibi Tours affair. A few years ago, Olmert became embroiled in similar accusations. His affair was nicknamed “Rishon Tours,” after the name of the travel agency in charge of Olmert’s trips. Olmert was charged with double funding of some of his travels, using flight points for plane tickets for family members (forbidden under Israeli law) and other similar accusations. In Olmert's case, the system did not give the (acting) prime minister any discounts. Bills of indictment were filed (regarding other charges as well) and ultimately, Olmert found himself behind prison bars, though he was cleared of the Rishon Tours charges.

But in Netanyahu’s case, the system bent over backward to let the prime minister off the hook. Only now, after five years, did the state comptroller publicize the report, shelve some of the allegations and, for a second time, issue a recommendation for a criminal investigation.

At this point, the plot thickens: Weinstein, the legal adviser to the government, reached the end of his term of office at the beginning of this year. In his place, Mandelblit, then government secretary, was appointed. Netanyahu ostensibly supported Mandelblit because the two had worked closely together in recent years. He never imagined that Mandelblit might exhibit independence and act fearlessly and without bias.

On the night of May 24, after the comptroller's report was publicized, Mandelblit hurried to release a rare statement: The new suspicions would be examined quickly and professionally. Anyone who is acquainted with the new attorney general knows that he means what he says. The opening of a criminal investigation can change the momentum and open a new Pandora's box for Netanyahu.

In Israel there is no structured impeachment process for a prime minister because there is no need for one. A Knesset term of office is four years, but a prime minister can be fired at any given moment if he loses his parliamentary majority. He is not required to resign if an investigation is opened against him, but he is likely to become persona non grata on the political map.

That is exactly what happened to Olmert more than six years ago. His coalition partner, former Prime Minister Ehud Barak, gave Olmert an ultimatum: Either resign from the position or I’ll leave the coalition and bring down the government. Barak has since resigned from politics and his position of senior partner in the coalition was inherited by Finance Minister Moshe Kahlon. If an investigation does ensue against Netanyahu, everything will depend on Kahlon.

Meanwhile, life goes on as usual. On May 25, a coalition agreement was struck with Yisrael Beitenu head Avigdor Liberman, who will assume the role of defense minister next week. The more important questions are: Has Netanyahu lost control, and will an investigation be opened? If the answer is in the affirmative, the main event is still before us.