Despite massive setbacks, IS still bares its fangs in Iraq

As it is losing ground in Mosul, the Islamic State is carrying out attacks against Iraqi security and civilian targets elsewhere to preserve its presence in Iraq. 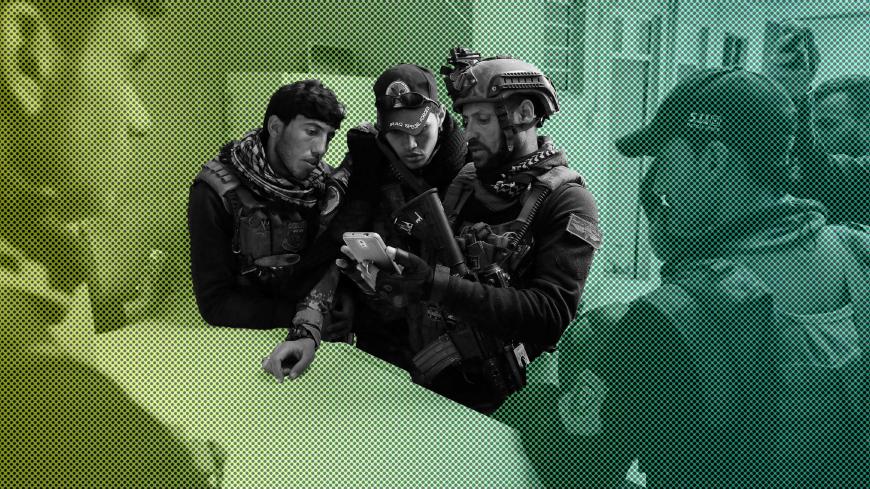 The liberation of Mosul is now in its final stages, with Iraqi forces closing in on the main government building in the western part of the city. The loss of Mosul is considered a major setback for the Islamic State (IS), given the city’s strategic, economic and even symbolic significance, having been the city where Abu Bakr al-Baghdadi proclaimed the caliphate in the summer of 2014. However, recapturing Mosul should not be construed as the end of IS presence in Iraq, as the group still maintains enough military capabilities to launch attacks in several areas in the country.

On Feb. 26, IS attacked an Iraqi border guard position near Jordan-Saudi Arabia borders. Two days prior to this incident, the group carried out an attack on Trebil border crossing point with Jordan, killing 15 Iraqi border guards. Every time IS loses ground and strategic areas, it resorts to attacks on civilian targets and militarily fragile areas, in a bid to preserve its presence in Iraq. In one of the deadliest bombings this year, IS detonated a car bomb in Bayyaa auto market Feb. 16, killing 51 and injuring dozens. The attack was the third of its kind in a series of explosions that rocked Baghdad in a period of three days.

Despite liberating many cities from IS control, security forces were not able to prevent terrorist attacks from killing dozens of Iraqi security forces and civilians. In this regard, security expert Hisham al-Hashimi told Al-Monitor, “Military forces have developed a better understanding of the secret military tactics used by IS. However, internal security forces have fallen short, especially in large and [sectarian] mixed provinces. Therefore, these cells still have the advantage when it comes to choosing the time and place.”

Nevertheless, some factors indicate that security forces have indeed been able to develop their capabilities in terms of thwarting similar attacks. In this respect, Iraqi Prime Minister Haider al-Abadi revealed in his weekly press conference Feb. 17, “Our security forces and intelligence were able to thwart a large number of terrorist attacks.”

He said, “For each successful attack carried out by the enemy, almost a hundred [attacks] are discovered and thwarted." For instance, Iraqi security forces, “through intensified intelligence efforts,” thwarted a large attack planned by IS against the city of Samarra.

On Feb. 25, the Joint Operations Command announced in a statement a number of airstrikes that killed dozens of IS fighters including 10 planning a series of suicide attacks in Samarra. In another development in Karbala, the military corps from the Central Euphrates Command, on Feb. 22, discovered and dismantled a rigged wheel without losses. On the same day, field detachments affiliated with the General Directorate of Intelligence, along with security forces, scuttled a terrorist attack in Abu Ghraib in Baghdad. Commenting on these developments, the US-based Institute for the Study of War (ISW) in its Feb. 28 Iraq Situation Report stated, “IS could be facing difficulty coordinating successful attacks in Iraq.”

The report continued, “IS did not carry out a wave of complex attacks predicted to occur in response to the Iraqi Security Forces [ISF] launching operations to retake western Mosul.”

Furthermore, IS seems to have lost the media war. The group boasted considerable capabilities in the use of communications technology to wage an effective propaganda war. In this respect, Hussein Allawi, a professor of national security at Baghdad’s Nahrain University, told Al-Monitor in a phone interview, “From early 2014 until 2015, IS used to post videos of military operations aimed at calling for recruits and gaining local support. The group was successful at producing high-definition videos with cohesive plots and chronological chain of events.”

Armed with its propaganda machine, IS succeeded at demoralizing Iraqi forces, which led to resounding collapses among their ranks, with cities falling one by one into the group’s control in the summer of 2014. However, the situation has now changed with IS’ propaganda machine no longer capable of spreading fear in the hearts of Iraqi forces.

With regard to the group’s latest release, Allawi stressed, “The video titled 'Those the Righteous' was a failure in terms of scenario and photography, a sign of IS’ poor photo gallery, its decline, and the collapse of its technical and organizational abilities.” Allawi described the release as “lacking in terms of planning and content.”

Meanwhile, Iraqi forces have been gaining experience in war coverage and propaganda warfare after they had been at a disadvantage with IS’ professional media machine. They were able to produce a series of videos and documentaries boasting their capabilities and victories. Videos are released on a nearly daily basis showing IS fighters defeated and on the run, which serves as a significant boost of morale for Iraqi forces.

Despite IS’ consecutive setbacks, the group’s capabilities should not be underestimated. In the past, jihadi groups have proven their ability to adapt with the circumstance. Iraq went through a similar experience with al-Qaeda in previous years, back when former US President George W. Bush’s policy led to an increase in the number of US troops in 2007, not to mention Iraq’s experience with Awakenings Councils that led to al-Qaeda's decline and dismantling of its networks. However, a more violent group emerged, namely IS. Many reports indicate that IS fighters had taken advantage of the pervasive corruption in Iraqi official institutions in order to escape justice and reintegrate into society, thus constituting a future threat for state security. International organizations like ISW have warned against post-IS insurgencies led by al-Qaeda and other armed groups like Jaysh Rijal al-Tariqa al-Naqshbandia.