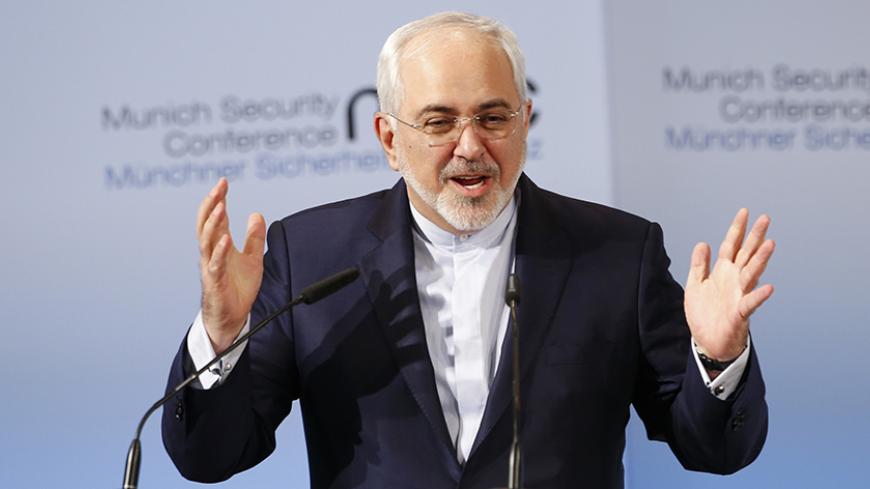 Iran’s Foreign Minister Mohammad Javad Zarif on March 8 made a rare trip to Doha to meet his counterpart, Mohammed bin Abdulrahman bin Jassim Al-Thani, as well as the emir of Qatar, Sheikh Tamim bin Hamad Al Thani. The last time Zarif traveled to Doha was in 2015, as part of efforts to reassure Arab neighbors in the Persian Gulf over the nuclear deal between Iran and the six world powers.

The trip comes at a time when Iran’s relations with Arab countries in the Persian Gulf are at its lowest in decades, particularly with regional rival Saudi Arabia. Qatar was one of the three countries that pulled their ambassadors from Iran after protesters stormed the Saudi Embassy in Tehran in January 2016. The protests were in response to the execution of a prominent dissident Shiite cleric in Saudi Arabia.

Two months ago, the foreign minister of Kuwait delivered a message to Iranian President Hassan Rouhani on behalf of the six countries of the Gulf Cooperation Council (GCC) to address various issues. The letter prompted Rouhani and Zarif’s subsequent visit to Oman and Kuwait in February.

Although there are many conflicts between Iran and Saudi Arabia, which sets the tone within the GCC, one of the more recent disagreements is the attendance of Iranians at the annual hajj pilgrimage, which is mandatory for all able Muslims.

During the hajj in 2015, a stampede left 464 Iranians dead. Over 2,000 were reportedly killed, though Saudi Arabia disputes this figure. Unable to settle their differences with Saudi Arabia over various issues pertaining to the hajj, Iran did not participate in the 2016 hajj. With the hajj approaching in late August, Saudi and Iranian officials have once again begun negotiations to resolve their differences.

On March 2, Hamid Mohammadi, the caretaker of Iran’s Hajj and Pilgrimage Organization, said that Iranian and Saudi negotiators had made “relative progress” in the latest round of talks. Mohammadi added that some of the latest issues discussed in the latest round of talks were over security, medical assistance and consular services for Iranian pilgrims. Based on previous statements, Iran would like to have more discretion over these services, given the chaos in the aftermath of the 2015 hajj stampede. Mohammadi said that Saudi officials have accepted Iran’s terms with respect to providing medical services to Iranian pilgrims.

One outstanding issue was the fate of two Saudi police officers who were convicted of sexually assaulting two Iranian boys at Jeddah airport in April 2015. The boys were travelling with their families to carry out umrah, or off-seasonal hajj. Mohammadi said that there were some doubts about whether the two police officers were ever convicted but noted that Saudi officials assured him that the two were currently serving their four-year sentences.

Despite the positive statement, it is still possible that there will be no Iranian pilgrims again during this year’s hajj. During last year’s negotiations, both sides issued vaguely promising statements after every round of negotiations. Ultimately, however, when negotiations failed to produce an agreement, both sides pointed the finger at one another.