An Iranian hard-line member of parliament has claimed that Foreign Minister Mohammad Javad Zarif is engaged in correspondence with the US secretary of state. 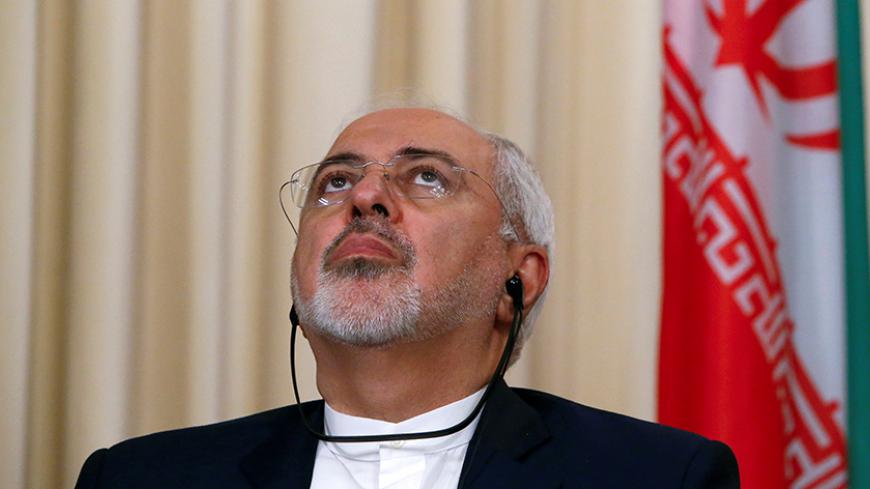 Iranian hard-line member of parliament Javad Karimi Ghoddousi is one of Foreign Minister Mohammad Javad Zarif’s staunch enemies. Ghoddousi has repeatedly brought up issues against the foreign minister, and he recently published Zarif’s confidential talks with parliament members in the media.

Now, Ghoddousi has claimed that Zarif has written a letter to US Secretary of State Rex Tillerson. In response to this claim, Iran’s Foreign Ministry released a statement Feb. 28: “The wrong, baseless and again new claim of Javad Karimi Ghoddousi that the foreign minister of our country has had correspondence with the US secretary of state is strongly rejected.”

Voicing “surprise” and “sorrow” over such “baseless” claims, the Foreign Ministry statement added, “Like before, such claims will have no special goal, and the wise and informed members of parliament and noble Iranian nation are well-aware of the outlines of the policy of the country in foreign policy domain, not intending to be influenced by such wrong insinuations.”

It is noteworthy that Iranian Foreign Ministry spokesman Bahram Qassemi said Feb. 20 that Iran has no relations with the new administration in the United States.

Ghoddousi was one of the active parliamentarians who opposed the nuclear deal. On Dec. 21, he quoted the foreign minister as having said to parliament about the implementation of the Joint Comprehensive Plan of Action (JCPOA) and the obstacles on the way of it, “I admit that I made a mistake by listening to [US Secretary of State John] Kerry, and if I had followed my own strategy, I wouldn’t face a problem right now. … Following the violation of the JCPOA, Kerry called me and asked me to go to Italy and hold talks there, and I told him in response that what you did to me has made it impossible for me to even be present in the same city as you. … The [extension of the] ISA [Iran Sanctions Act] is a violation of the JCPOA. … Kerry and [US Energy Secretary Ernest] Moniz had told us that we have methods to prevent the passage of ISA, and we trusted their methods, and this was among Obama’s commitments that weren’t upheld, and I noted this big mistake during my conversation with Kerry.” In response to Ghoddousi’s action, Zarif said Feb. 12 that “divulging confidential remarks affected [Iranian] negotiators’ leverage in the international community.”

Moreover, on March 1, Deputy Foreign Minister Abbas Araghchi told Russian news agency Sputnik that “bilateral relations with the United States is out of the question for the time being.”

He added, “We have not established any contacts yet, but we continue our contacts at the expert level on the implementation of the Joint Comprehensive Plan of Action. … Establishing relations with the United States is not on our agenda.”

It should be noted Iran and the United States experienced one of their best relationships during Barack Obama’s presidency, a period in which Tehran and Washington resolved their disagreements over Iran’s nuclear case. However, since Donald Trump has taken office, the relationship has worsened, with Trump constantly warning and threatening Tehran.