The coming Iran-US confrontation in Iraq

With the operation to seize Mosul from the Islamic State coming to an end, it appears that Iran and the United States are on the path to a showdown in Iraq. 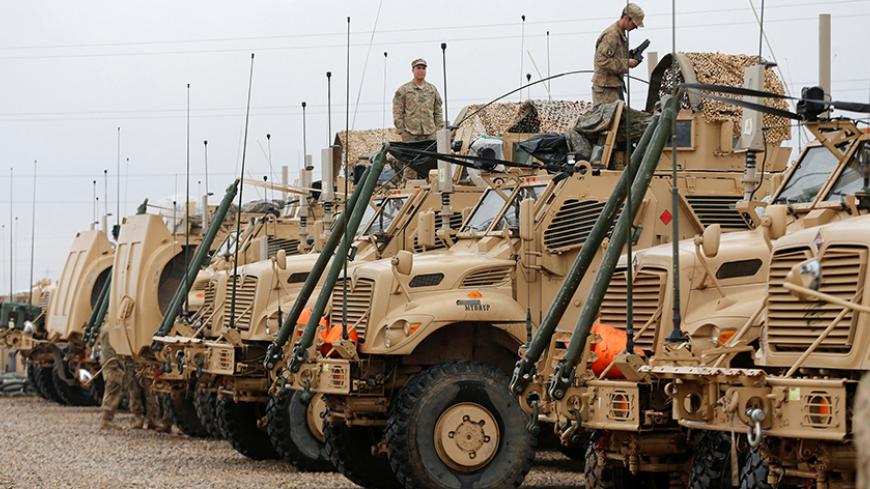 US soldiers gather near military vehicles at an army base in Karemlash, Iraq, Dec. 26, 2016. - REUTERS/Ammar Awad 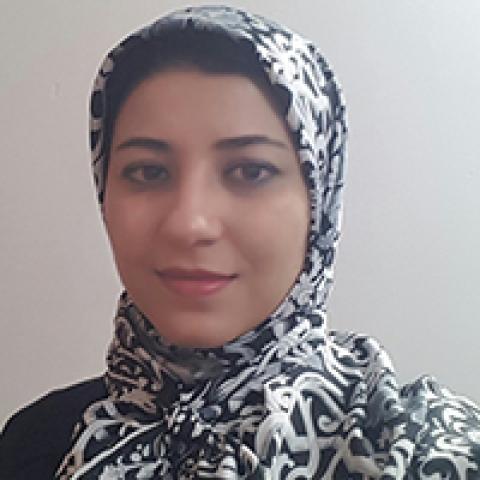 In June 2014, Mosul was seized by the Islamic State (IS), whose leader Abu Bakr al-Baghdadi soon afterward announced a caliphate from the city’s grand mosque. Now the caliphate is seemingly coming to an end.

Iraqi government forces took the eastern part of Mosul from IS on Jan. 24 after three months of fighting. On March 15, a spokesman for Iraq's Counterterrorism Service said 60% of the western part of Mosul is under the control of Iraqi security forces. The day before, Iraqi Prime Minister Haider al-Abadi had said the operation is in its final stage, pledging the defeat of IS.

But military victory in Mosul is just the beginning of a more complicated phase for Iraq. Disparate forces have so far come together to pursue the common objective of expelling IS from Iraq. With the imminent achievement of this goal, many underlying and preceding power struggles will likely re-emerge. Moreover, it should be borne in mind that various external powers — including Iran and the United States — have become greatly involved in Iraq’s security-related affairs and expanded their spheres of influence within the country since IS' 2014 onslaught.

One key question is who will step in to fill the power vacuum in post-IS Mosul. Will the United States revert to its previous retreat from the Middle East, or will it opt to reassure its regional allies by keeping at least a part of its current forces in Iraq? Will Iran seek to establish a presence in northern Iraq, either directly or through its allies?

After having withdrawn in late 2011, the United States has once again become militarily engaged in the country, deploying over 5,000 troops and special forces, and spending more than $10 billion on combating IS in Iraq and Syria.

Meanwhile, the Popular Mobilization Units (PMU), composed mainly of Shiite militias, have gone through a process of state legitimization, becoming a part of Iraq’s security forces. Given that Tehran supports large parts of the PMU both militarily and financially, the PMU presence in the Mosul operation has undoubtedly caused concern in Washington about the possible expansion of Iran’s influence in Iraq. While Iranian officials reject the notion that Iran supports the PMU with the purpose of increasing its regional clout and expanding its sphere of influence in Iraq, the support does indeed greatly serve Iranian interests. Thus, one of the key objectives of the United States in post-IS Mosul will likely be to seek to control and contain Iranian influence.

In other words, the PMU may be on a collision course with the United States and its partners in northern Iraq.

In this equation, it should be borne in mind that Iran directly ties the security of its borders to the security and stabilization of Mosul. Brig. Gen. Iraj Masjedi, a senior adviser to Maj. Gen. Qasem Soleimani, the commander of the Quds Force (the foreign operations branch of the Islamic Revolutionary Guard Corps), has called the fight against IS tantamount to defense of the security and geopolitical situation of Iran. Masjedi — Iran’s incoming ambassador to Iraq — said March 9 in Tehran that the Islamic Republic will definitely support Iraq's territorial integrity. He further emphasized the importance of Iran's fostering Iraqi security forces after victory in Mosul and the defeat of IS in order to prevent the possible formation of other clandestine terrorist groups. He also expressed support for further security cooperation between Iran and Iraq, besides the ongoing military collaboration. In other words, Iranian officials see Iran's presence in Iraq as a matter of ensuring Iran’s own national security and not simply as part of a power struggle.

Mohammad Sadegh Koushki, a prominent Middle East expert at the University of Tehran, told Al-Monitor that he believes Tehran does not have a clear-cut “special plan” for post-IS Mosul. He said, “Iran did not get directly involved in the Mosul operation, as the Iraqi government had not asked for it. Iran has only supported the PMU indirectly in this operation, upon the official request of the Iraqi government. But the stability of Iraq is important for the Islamic Republic of Iran, because the future of Iran's security is tied to it.”

The exact number of fighters serving with active Shiite militias in Iraq is not clear. But there are estimates of between 100,000 to 120,000 militiamen, most of them organized under the banner of the PMU. Although the Iraqi parliament has passed legislation to make the PMU an official wing of Iraqi’s security forces, little is clear about the PMU's future role within the country’s armed forces. The United States is worried about the political influence of the PMU, as a large portion of it receives direct Iranian backing. PMU representative Karim al-Nouri said that taking into account the role of PMU militias in defending Iraq against IS, achieving long-term political goals is a legitimate demand on their part.

The United States and Iran look at the Iraqi parliament’s PMU legislation through different lenses. The Islamic Republic supports the Nov. 26 law. Rear Adm. Ali Shamkhani, the secretary of Iran's Supreme National Security Council, said in a meeting with Iraqi Vice President Nouri al-Maliki in Tehran on Jan. 3 that the legislation was the result of the PMU's constructive performance. Shamkhani further emphasized that the PMU enjoyed a strategic potential in providing Iraq's future security.

Meanwhile, the United States wants to play an active role in determining the future of the PMU and facilitating the demobilization or integration of the remaining PMU units into the Iraqi security forces in order to manage its power, as it might influence US interests in Iraq. The integration of the PMU into the existing security forces under the Defense Ministry and the Interior Ministry would prevent the buildup of strong institutions outside of the governmental structure, akin to the Iranian Basij. The United States is concerned that the PMU may turn into a Hezbollah-type proxy of Iran, potentially escalating regional rivalries by antagonizing regional powers such as Saudi Arabia and Turkey.

Thus, the post-IS governance of Mosul — and the contribution of each of the involved forces in the distribution of power — appears likely to be the biggest challenge ahead. One of the possible scenarios is that Mosul will return to its pre-IS status, with the Iraqi central government assuming full authority over Ninevah province. Both Baghdad and Tehran support this scenario, although Sunni Arab communities and Kurds do not and believe that reverting to the previous situation will not solve security problems. Koushki said the favored US scenario is to turn Ninevah into a Sunni region like the Kurdistan region. He said the more serious US presence in Iraq in recent years shows that Washington’s purpose is to weaken the Iraqi central government and influence Baghdad’s political landscape. How Iran might respond to the latter remains unclear. The University of Tehran professor added, “While Iran advocates Iraq’s territorial integrity, it will support the decisions of the Iraqis.”