Why do Iranian banks remain stuck with toxic assets?

Will the continued fragile condition of Iranian banks compel the Central Bank to launch a quantitative easing program? 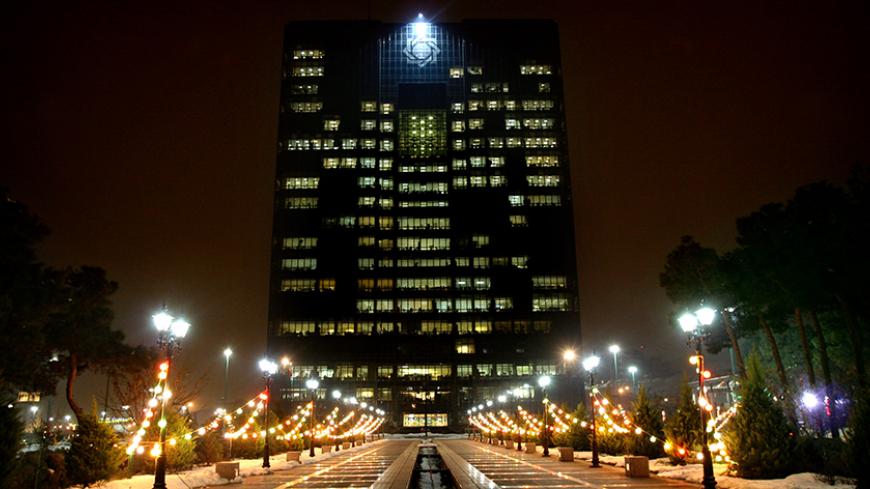 On Feb. 26, the Iranian government got the go-ahead from parliament members to sell a total of 10 trillion rials ($308 million) worth of excess properties owned by the ministries of Information and Communications Technology (ICT) as well as Labor and Social Welfare in the upcoming Iranian fiscal year, which starts March 21. The raised money is expected to help shore up the troubled Post Bank of Iran and the Cooperative Development Bank. The approval is seen as extra support for the two banks, since the ministries will also have the right in the next Iranian year to sell a certain portion of their assets under the Privatization Law.

Toxic assets account for 40-45% of total banking assets in the country, economic newspaper Donya-e Eqtesad reported Nov. 9, citing official data. Nearly 15% of these assets consist of immovable assets such as land and buildings. The rest consists of nonperforming loans and government debt. No official data is available about the banks’ fixed assets, but a report by Serat News website in December estimated the total value of immovable property owned by 31 Iranian banks and credit institutions at 448 trillion rials ($13.8 billion), without it providing any details on the surplus properties.

Under the Removing Barriers to Production law, banks and credit institutions are obliged to sell at least 33% of their surplus assets in the fiscal year running to March 20, but experts say they have failed to do so for two key reasons: the stagnant condition of the real estate market and the banks’ reluctance to sell properties at any price. Bank CEOs, however, argue that the properties they’ve offered have been priced sufficiently competitive, blaming weak demand for their failures. Thus, banks eventually decided to find a legal way to postpone the sale process. In December, the coordinating council of state-owned banks and the supreme council of the Association of Private Banks and Credit Institutions jointly wrote a letter to First Vice President Eshaq Jahangiri, calling for at least a one-year extension of the deadline for the sale of their surplus properties, Tasnim News Agency reported Dec. 24. The request raised criticisms that banks were bargaining for an “illegal” right. Farhad Beizaei, an academic and a real estate expert, told Mehr News Agency Dec. 28 that “demand is high enough if prices are low enough.” In this vein, he effectively accused banks of wasting time so that they can sell properties at higher prices next year.

Shahrad Padidar, the investment and business development director of Karafarin Investment Group (KIG), told Al-Monitor that he was certain many of his colleagues in the banking industry intended to sell surplus properties but that the market has been oversupplied. “In the past weeks as the [Iranian] year is coming to an end, I’ve been seeing a rise in demand. I guess the real estate market is moving higher,” he said, expressing hope that the sale of surplus properties will gain momentum in the coming months.

A number of banks and investment firms, including KIG, have already sold some properties in recent days and weeks, but “in installments,” Padidar noted. In such cases, the profits of the sales are recorded and reported this Iranian year, but the properties will have to remain in financial statements until next year, when remaining installments are fully paid and relevant documents are transferred to buyers, he told Al-Monitor.

Despite complaints about the near-recession state of the housing market, official data show that home sales in Tehran increased by 6.5% in the first 11 months of the current Iranian year compared to the same period last year, Nalmeh News website reported. The average price of apartments per square meter in the capital city rose 5.4%. However, the price increase is still far less than deposit rates banks are offering, which is as much as 15%. Thus, bankers argue that Iranians are not yet convinced about starting to invest in property — whether residential or commercial buildings. Indeed, high bank deposit interest rates have discouraged investors from pouring cash into manufacturing and construction. Nonetheless, most experts believe that the real estate market will see a further increase in demand in the next Iranian year beginning March 21, as the economy is forecast by the International Monetary Fund to grow 6.6% in 2017.

While a number of experts have proposed nonauction sales and lease purchases (rent-to-own properties) as solutions to the stagnant residential, commercial and industrial property market, others believe that quantitative easing (QE), as used in the United States after the 2008 financial crisis, is the best option to protect both banks and the manufacturing sector. In the latter scenario, the Central Bank of Iran (CBI) is urged to temporarily buy surplus properties of banks until the recession is over. Many of the surplus properties are buildings and factories that banks had accepted as loan collateral in the past decade. In the aforementioned scenario, the CBI can later return the properties to their original owners in a gradual process as the economy recovers.

Bahaoddin Hosseini Hashemi, the former CEO of Bank Saderat, said in an interview with Fars News Agency on Feb. 26 that QE can save banks as it provides them with large amounts of capital. His views seem reasonable at first glance: Incoming capital will help further cut interest rates, increase banking transactions and boost lending to manufacturing — eventually helping the economy recover. However, the question remains of how the CBI, which is already under pressure to finance the government’s budget deficits, will be able to roll out a multibillion-dollar QE program.