Iran’s Bank Mellat loses 37.5% in share value in one day

The Tehran Stock Exchange tanks as market regulators allow resumption in trading of Bank Mellat shares. The key question is why there has been a sudden plunge. 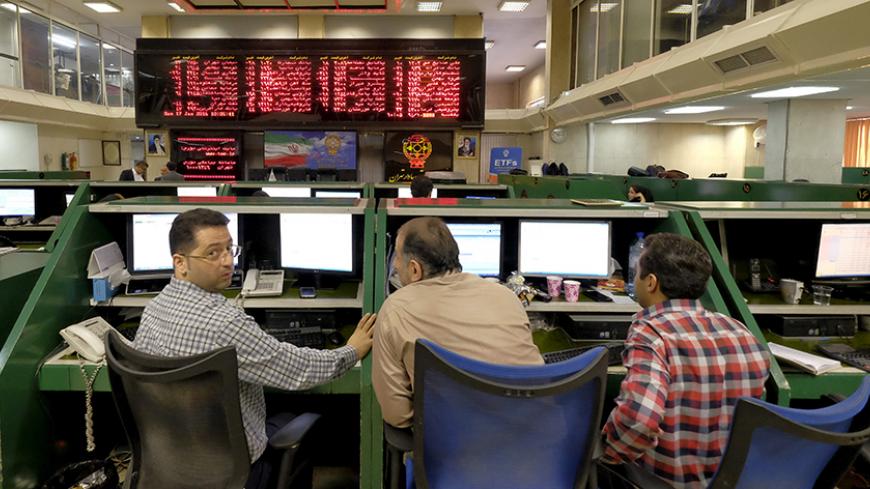 TEHRAN, Iran — The sudden and sharp fall in the main index of the Tehran Stock Exchange (TSE) on Jan. 24 came as a real shock to investors. After allowing the resumption of trade in Bank Mellat shares, TEDPIX took a dive of 1,014.40 points, or 1.28%, to land at a three-month low of 78,249.1 points.

The Central Bank of Iran (CBI) had kept Bank Mellat’s ticker symbol suspended since July 17. It argued at the time that the commercial bank had failed to comply with international financial reporting standards and provided misleading reports. The sudden reopening of the bank’s ticker symbol came after Mellat’s executives settled their dispute with the regulator, led by Ali Beikzadeh, head of the office for supervising publishers at the Securities and Exchange Organization (SEO). However, the decision to let the bank resume trading sent Mellat’s shares down 37.5% to 1,200 rials per share on Jan. 24. That was half of its value on July 17.

Investors are now worried about the likely reopening of trade in the shares of several other banks whose ticker symbols have also been suspended. Eleven banks were taken off the trading board last July when the CBI compelled them to adjust their financial reports to conform to international financial reporting standards. Mellat is the only one off the suspension list at present. The rest are in a queue to return to equity markets TSE and Iran Fara Bourse (IFB).

Experts expect at least two of the lenders — Bank Saderat and Bank Tejarat — to resume trading on the TSE, with similar falls forecast by experts. Given that the share value of the three banks in total accounts for 50% of the industry’s listed share value, pundits warn authorities to be cautious about their decision-making to prevent any further shocks.

Other than commercial banks, 56 companies have also been taken off the trading board in the past couple of years for a wide range of reasons. The market value of the suspended ticker symbols on the TSE alone is estimated at 720 trillion rials ($22.2 billion), leading economic newspaper Donya-e Eqtesad reported Jan. 28. This sum amounts to 21% of the total stock market value.

By closing ticker symbols of banks, the authorities argue they are trying to protect shareholders from losses. They say the level of transparency in Iranian banks has been a weakness that must be tamed before the banking system collapses. “Opaque banks will take enormous risks that endanger shareholders, industry and the economy alike,” Donya-e Eqtesad quoted CBI Governor Valiollah Seif as saying in an address at a banking conference Jan. 24 in Tehran. Only if transparency is achieved can banks be held accountable to the regulator and the public, he noted.

By transparency, he means that banks should release “accurate, relevant, complete and on-time” information and reports that can be easily supervised by the regulator. The CBI governor implicitly blamed the financial regulator (SEO) for failing to adopt more thorough transparency laws and regulations that are capable of holding banks accountable. He also said the SEO’s support can make the CBI’s supervision much more effective.

The CBI’s main complaint is that commercial banks and credit institutions do not fully comply with interest rate regulations. As such, it expects the SEO’s accounting auditors to do more to protect the shareholders of banks. The issue is that some banks go through complicated procedures to mislead the CBI, simply because they are in a dire financial situation and therefore need to attract and maintain more deposits. As banks are struggling with a shortage of financial resources, the central bank pushes for increasing lending. To resist the CBI’s rising pressure, lenders have come up with the following solutions:

First, some banks offer high interest rates to fixed term deposits or other accounts in clear defiance of the CBI rule that calls for a top return rate of 15% on deposits. This ceiling seeks to discourage depositors from parking their money in banks in the hope that the freed-up liquidity will boost manufacturing and small businesses.

Second, other banks keep a portion of a loan as collateral in case of default. This causes the actual interest rate to rise, making loans more expensive. The latter method is widely used in Iran, according to a July report by Fars News Agency. The report indicated that several banks, including Saderat, blocks around 20% of loans as collateral. The percentage goes to 90% in Bank Sina, whose stakes are mainly controlled by conservative Mostazafan and Janbazan Foundation.

Finally, some banks use fixed income funds not only to offer seductive interests to investors but also to circumvent the central bank, as the funds “are not under its direct supervision,” Shahrad Padidar, investment and business development director of Karafarin Investment Group, told Al-Monitor. Fixed income funds have turned out to be widely popular in Iran for the high interest rates they pay. The CBI, however, sees them as “huge parking lots” that have trapped 1.26 quadrillion rials ($38.9 billion) in liquidity. Padidar told Al-Monitor he believes that the recent efforts by the CBI to regulate banks have targeted exactly this: fixed income funds. The money arriving in the existing 56 fixed income funds is receiving about 20% in interest on average. CBI wants to make banks accountable for the management of the funds, which are directly supervised by the SEO’s auditors.

If the regulator can pressure banks to give up their policy of circumventing interest rate regulations, that would be a great achievement. In that case, the CBI will succeed in efforts to bring billions of trillions of rials into the real economy, helping create jobs and growth. Irrespective of how long it will take the central bank to reach this target, investment risk in the Iranian stock market will remain high in the weeks running to the end of the Iranian year on March 20. Should the CBI allow the resumption of the trading of Bank Saderat and Bank Tejarat shares on the TSE, the main index could fall to lows not seen since the Jan. 16, 2016 implementation day of the nuclear deal.