Iranian banks told to get rid of excess properties

Under severe economic pressure, despite the lifting of sanctions, the Central Bank of Iran is moving to get commercial banks to sell their excess properties. 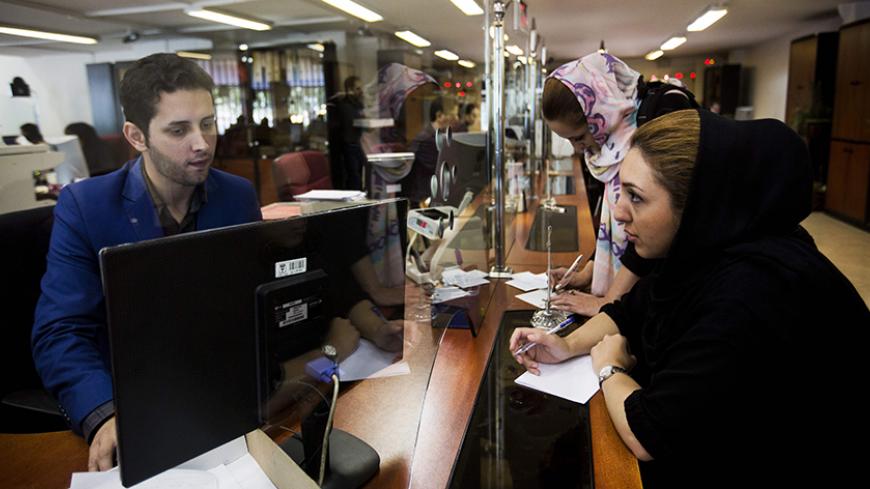 TEHRAN, Iran — Fam-Bank, a company in charge of selling excess properties held by Iranian banks, was set to hold a major public auction March 8. However, the auction was delayed for unannounced reasons. No specific date has so far been announced for the auction, which was to involve over 500 plots and buildings with a combined valuation of 26 trillion rials ($861 million). The auction is the 11th of its kind since Fam-Bank was jointly established by the Central Bank of Iran (CBI) and the Ministry of Economic Affairs and Finance in 2008.

Fam-Bank managing director Hassan Yamani says his company has sold 5.5 trillion rials ($182.1 million) worth of properties held by banks since its founding — a sum that is far too little to shore up the lumbering banking industry. Yamani blames this on the lack of cooperation of certain banks, namely Mellat and Maskan.

In June 2015, while Iran was still under severe economic and financial sanctions, the CBI called on banks to list their excess properties for sale. In a Feb. 20 interview with the Eqtesad News website, Parsian Bank CEO Kourosh Parvizian said Iranian banks, too, were "eager to sell surplus properties, as the move would boost their financial status and enable them to provide more loans.” However, in practice, banks have either resisted selling their assets or seen the sluggish property market prevent them from converting their fixed assets into cash. For instance, Bank Melli — the largest bank in Iran — has tried to sell 8.8 trillion rials ($291.4 million) worth of its properties in the current Iranian fiscal year ending March 19, but has only been able to raise 1.3 trillion rials ($43 million) of that amount, due to weak demand.

Bahaeddin Hosseini Hashemi, a former CEO of Bank Saderat, argues that the failure of this policy is largely due to its timing. “Recession is still there in the housing market, and the loan terms, hovering about three years, must last much longer,” he said in a recent interview with leading economic magazine Tejarat-e Farda. He also criticized banks for having “so many” branches in the country, urging them to be merged and for excess branch buildings to be sold under 10-year contracts and at low interest rates.

Under a law approved by parliament last year, banks are obliged to sell 33% of their excess properties — at the discretion of the CBI as well as the Money and Credit Council — every year, for three consecutive years. The banks violating the law will have to pay taxes for keeping excess properties. But the question is how the CBI has been able to enforce the law.

Mehrdad Sepahvand, a banking expert, argues in an article published by Tejarat-e Farda that the CBI has a long history of failing to enforce its own regulations. “If the regulator is unable to make banks sell their excess properties, its failure will have a negative impact on the CBI’s credit,” he warned, encouraging monetary officials to come up with a new, effective mechanism to turn their thoughts into reality.

The increase in excess properties is mainly blamed on the rising scale of non-performing loans in recent years. The intensification of sanctions and subsequent collapse of the rial’s value in 2012 left many borrowers unable to repay their debts to the banking system, leading banks to seize the collateral (usually in the form of land, buildings and shares of companies) put forth by borrowers. As a result, banks ended up owning buildings and companies that they had no expertise in running. Meanwhile, during the housing bubble between 2005 and 2012, banks purchased more and more properties to expand their branches. According to a February report by economic newspaper Gostaresh-e SMT, the 29 operating banks currently have more than 23,000 branches across Iran. The number of commercial bank branches per 100,000 adults in Iran stood at 27.3 in 2014, according to World Bank data. By comparison, the corresponding figures in France, Japan, the United States and Australia are, respectively, 38, 33.9, 32.4 and 29.2.

Given the lack of capital available for Iranian banks, they seem to now have no option but to reduce the number of their branches and sell excess properties, should they want to assume less liquidity risk. Despite all the recessionary challenges, and although the funds to be raised from the sale of properties could be insufficient to address all financial woes, lenders have to cooperate further with the CBI in this regard. Hosseini Hashemi, the former Bank Saderat CEO, believes that the down payment must be minimized and that loan terms should last as long as 10 years. In exchange, he suggests that lenders avoid offering a fixed interest rate and instead determine the rate every three years.

Another option that will in the medium term become available to Iranian banks to increase their capital is foreign savings. With Iran looking to re-establish banking ties with Switzerland — seen as key to integrating with the world financial system — more capital may be arriving to the country’s banks within the foreseeable future, thereby equipping Iranian lenders with fresh financial resources. The process to attract resources from multinational banks and companies, however, may take a few years as foreign investors have yet to be assured of the outcome of a rapprochement to Iran. Hence, Iranian banks must start proceeding with managing their assets in a way to raise as much cash as possible, to prop up their ability to lend and lower liquidity risk — while keeping an eye on the future when foreign capital will arrive.